The Smithsonian National Portrait Gallery tells the story of America through individuals who have shaped its history and culture. Through the visual arts, performing arts, and new media, the Portrait Gallery portrays poets and presidents, visionaries and villains, actors and activists, and more. Established in 1962, the National Portrait Gallery is located in downtown Washington, D.C. and shares the Old Patent Office Building with the Smithsonian American Art Museum. The building is a fine example of neoclassical architecture built between 1836 and 1867. Today, the Smithsonian Institution gives it new life as a gallery exhibiting, preserving, and studying the lives of historical figures. 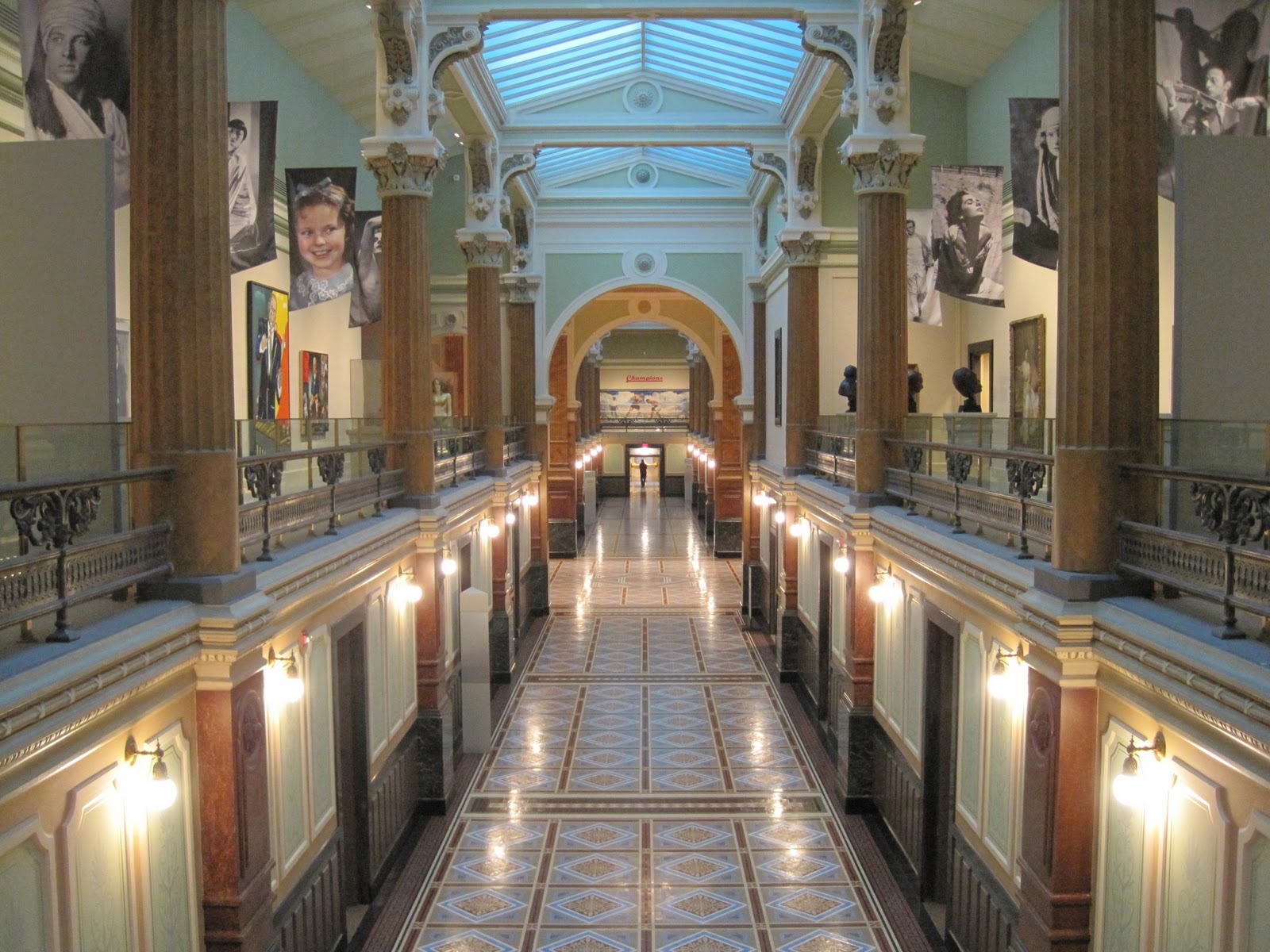 Andrew W. Mellon, banker, industrialist, and politician, donated portraits to the Smithsonian, which helped form both the Smithsonian American Art Museum and the National Portrait Gallery. 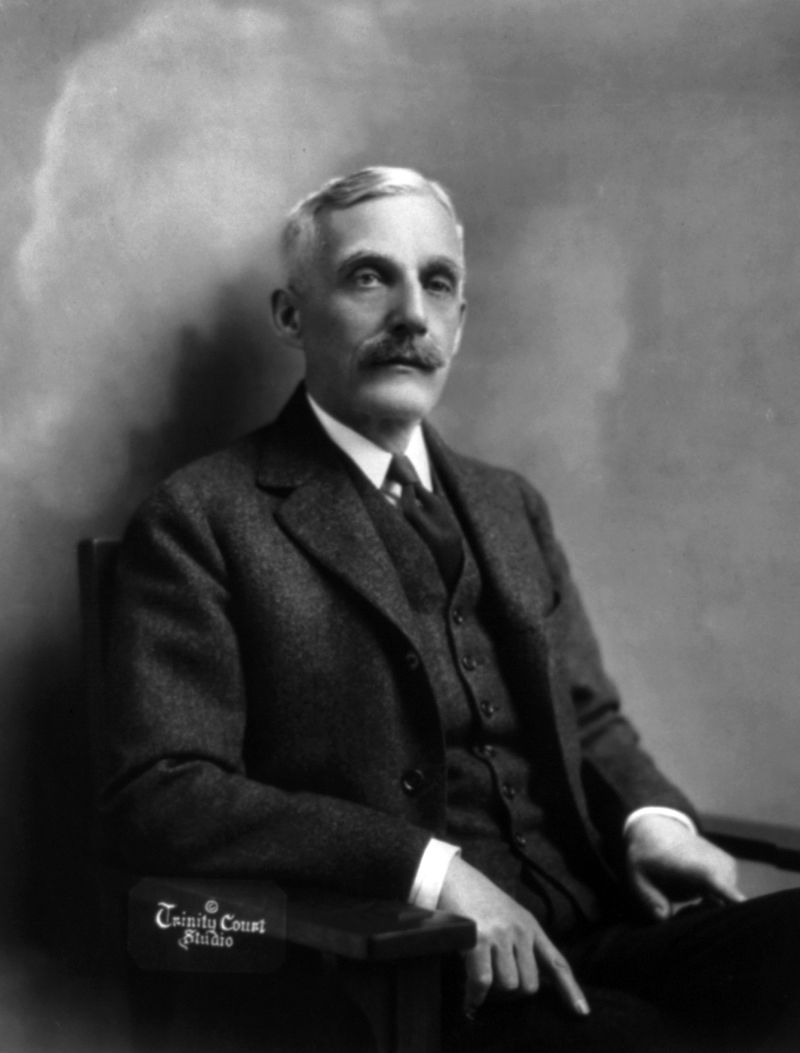 The National Portrait Gallery is located in the beautiful Old Patent Office Building. Its neoclassical design is modeled off the Parthenon in Athens, Greece. 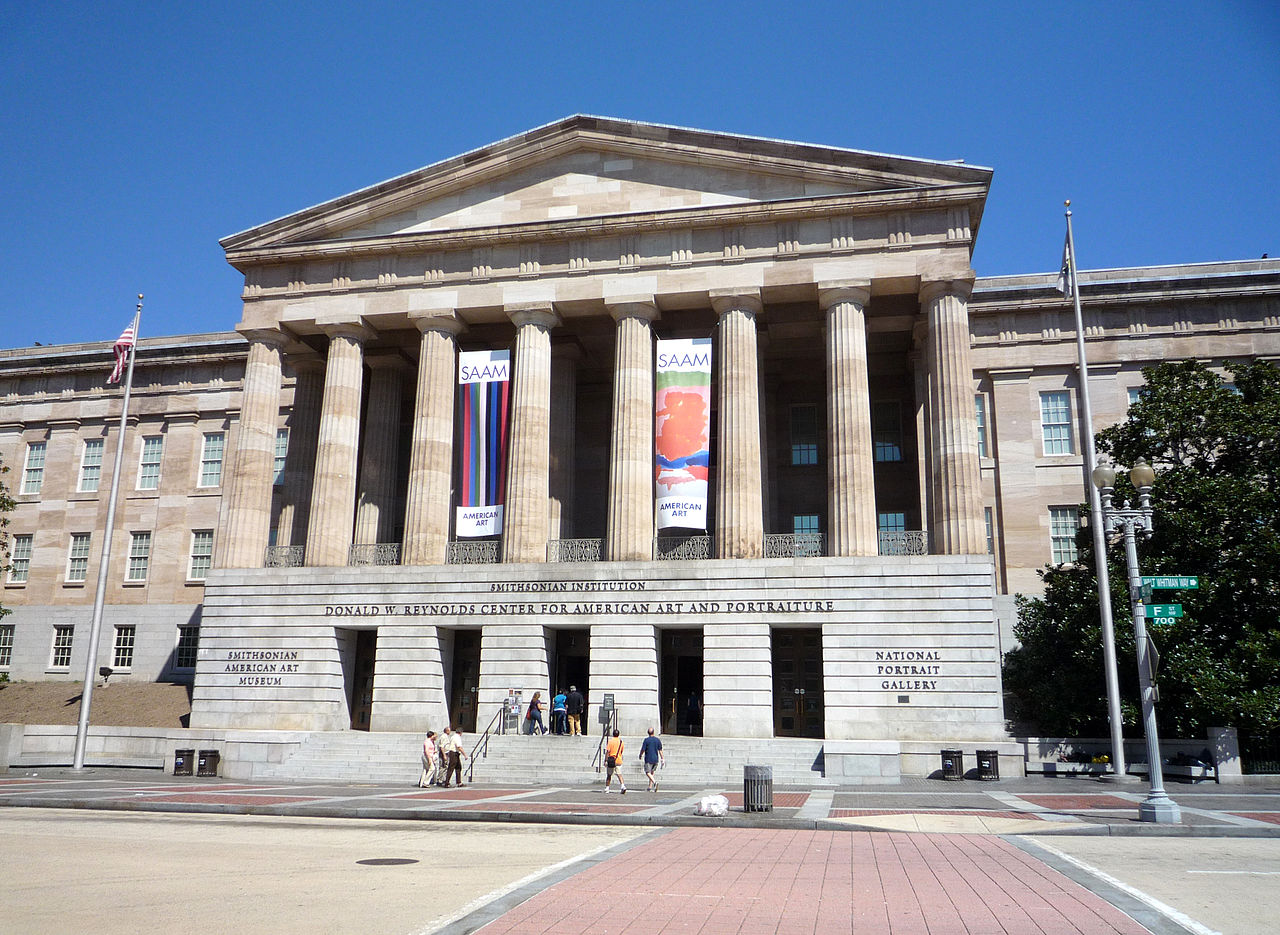 The Robert and Arlene Kogod Courtyard is a favorite spot for visitors both the National Portrait Gallery and Smithsonian American Art Museum. Photo by Acroterion, Wikimedia Commons. 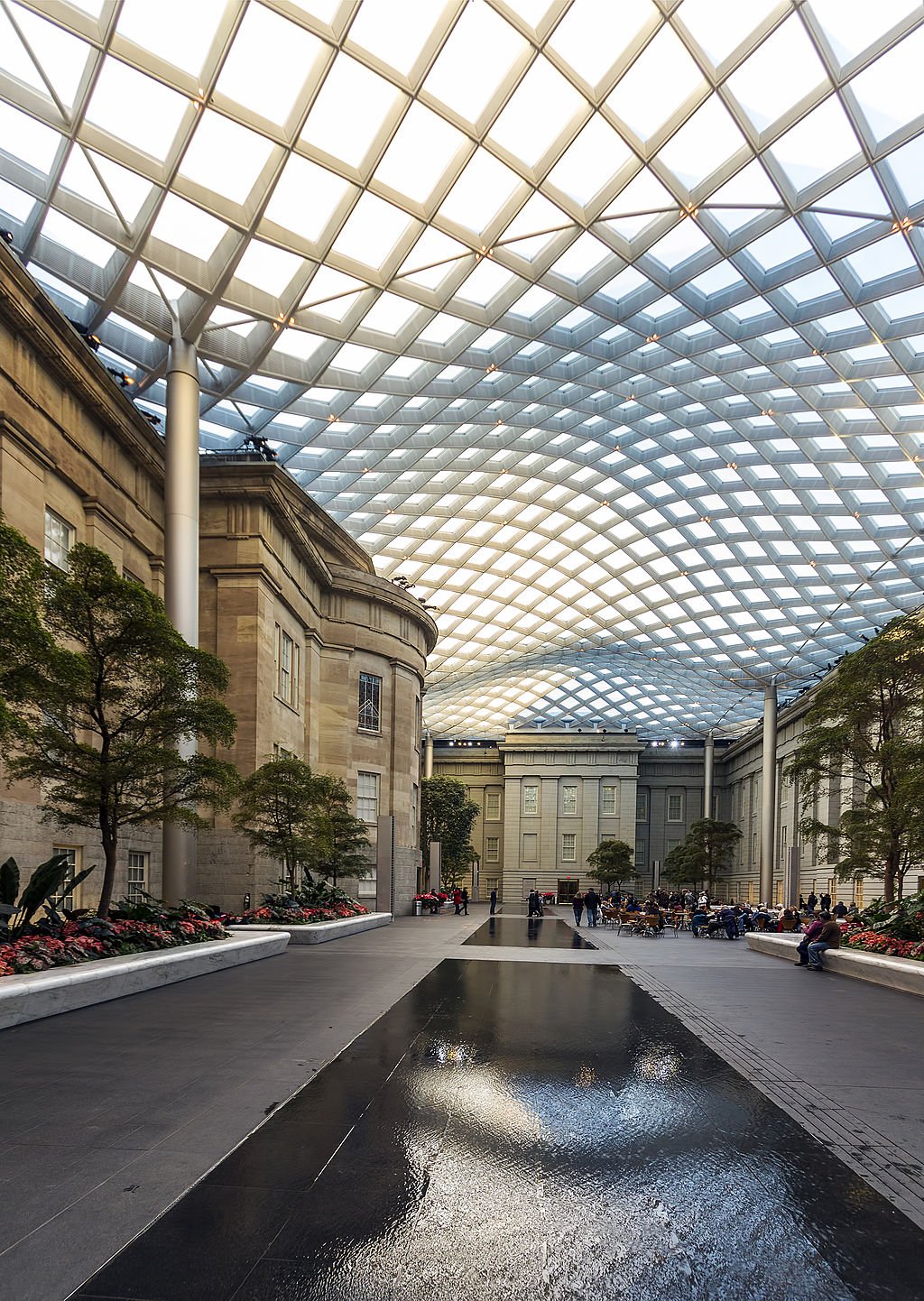 This portrait of George Washington, created by Gilbert Stuart in 1796, showed a young nation what an American president looked like. Known as the Lansdowne portrait for its original owner, it depicts Washington in professional attire and surrounded b 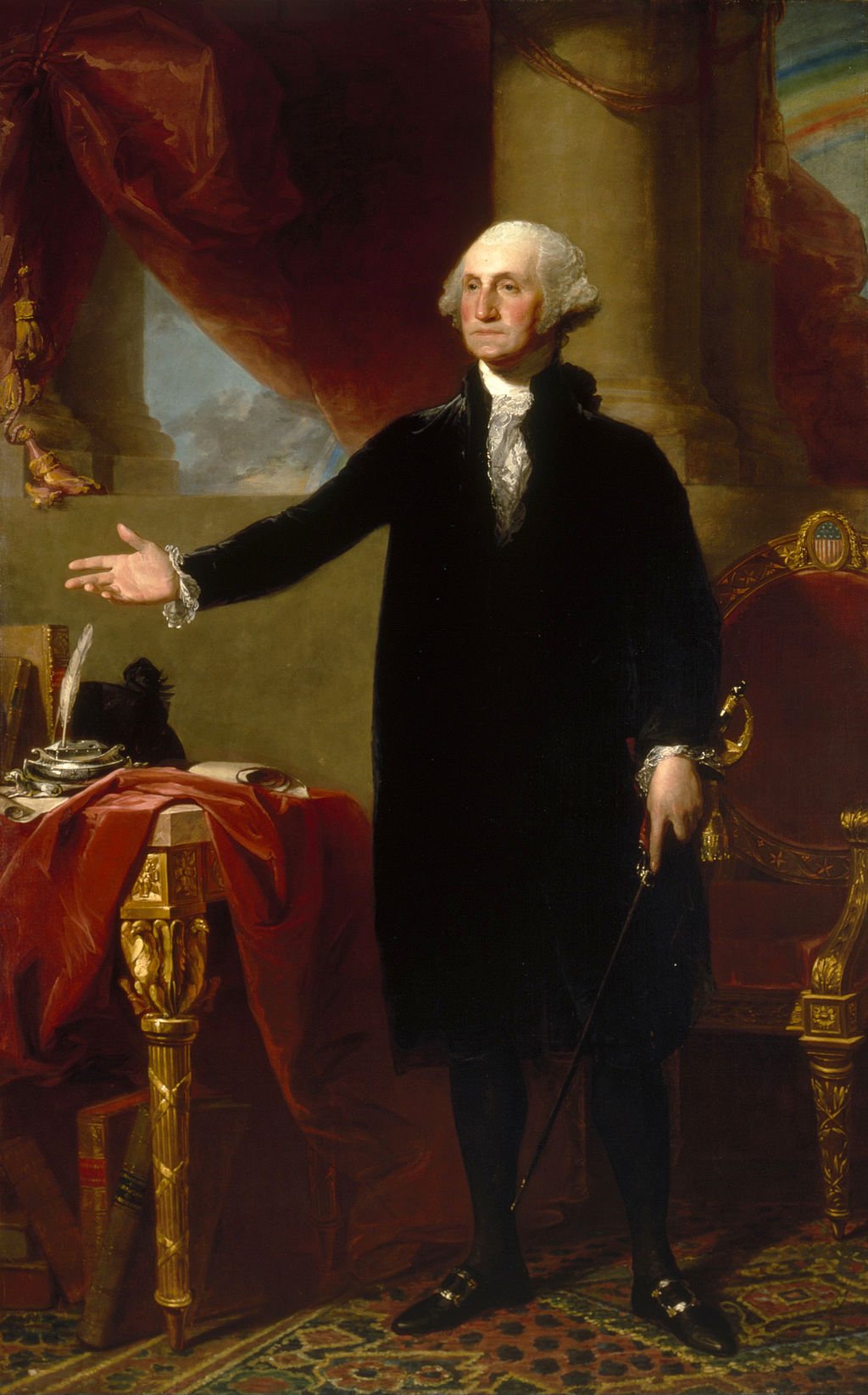 Abraham Lincoln was the first American president to have his image circulated through photography. In February 1865, Alexander Gardner captured this portrait, which was printed from a glass negative on light sensitive paper. It was the only print mad 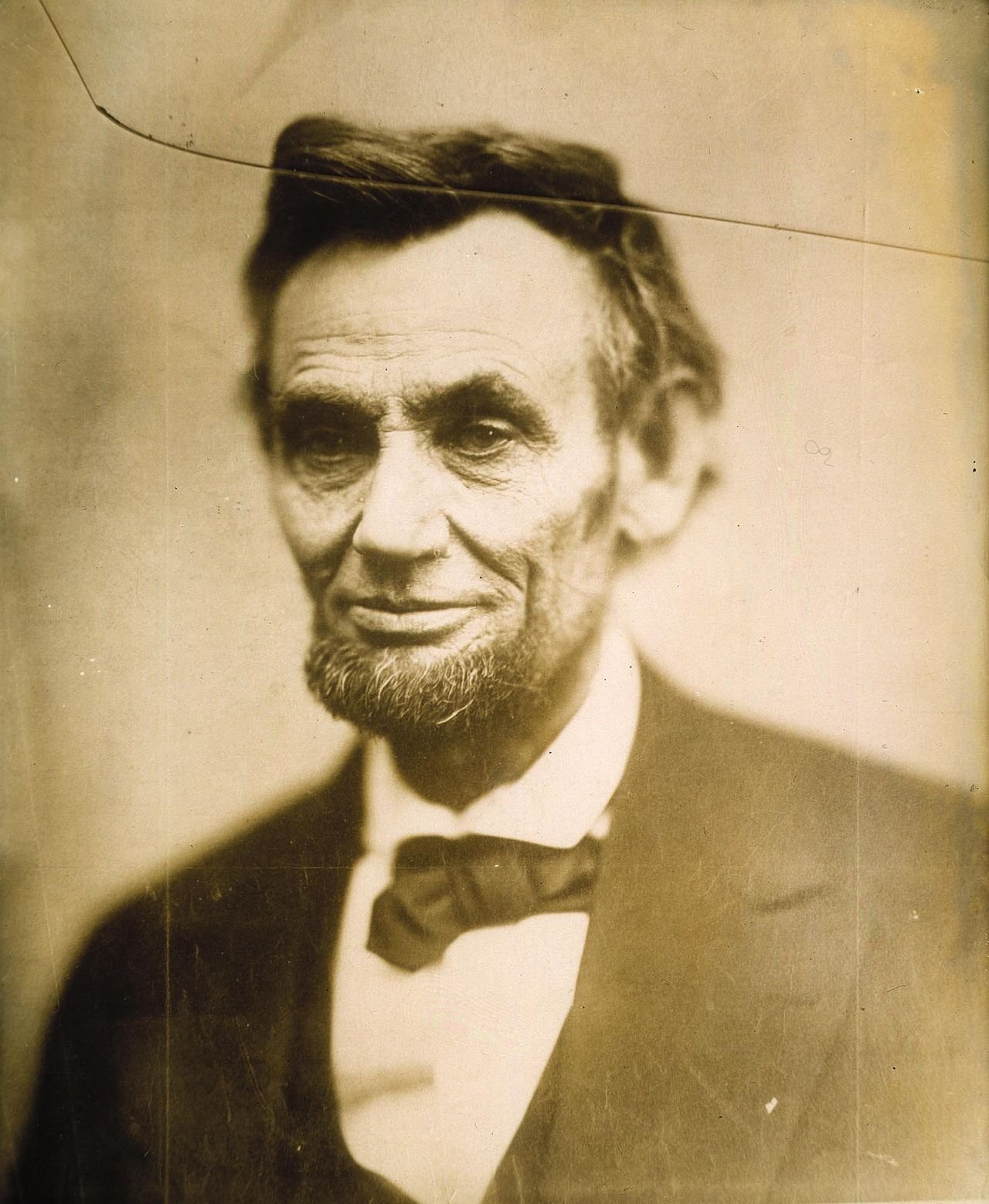 Photograph of Elizabeth Cady Stanton and Susan B. Anthony, pioneering activists who advocated for women's rights and the abolition of slavery. Courtesy of the National Portrait Gallery. 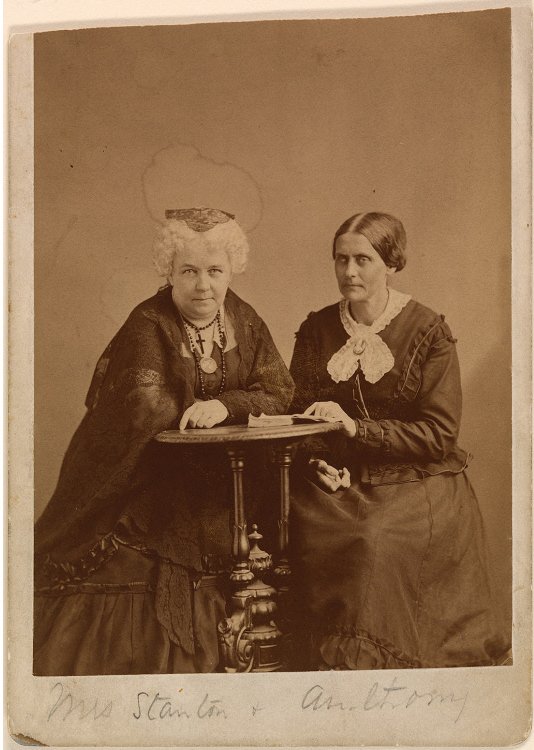 Rosa Parks's act of civil disobedience challenged the laws and culture of segregation. She is depicted here in sculpture by Marshall D. Rumbaugh. Courtesy of the National Portrait Gallery. 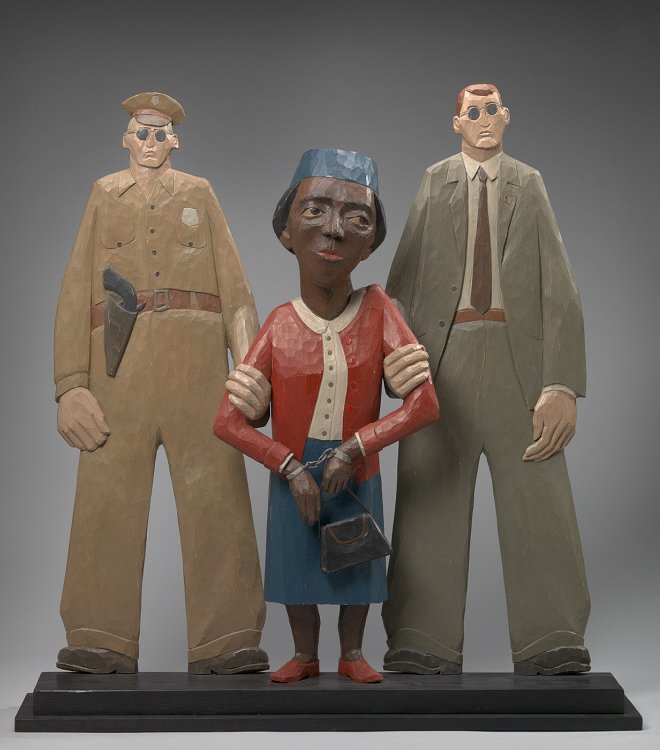 Neil Armstrong took one "small step" on the Moon and into the history books on July 20, 1969. This painting by Louis Glanzman was one of Time magazine's most popular covers. Courtesy of the National Portrait Gallery. 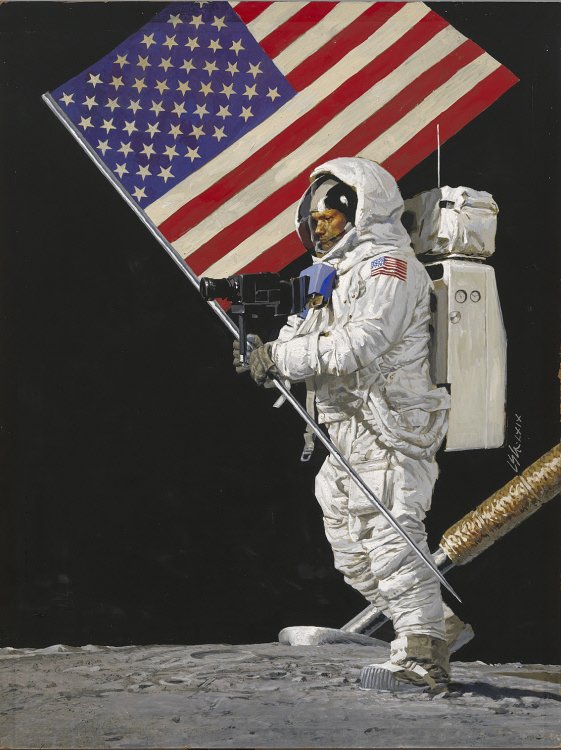 In addition to collecting art, the National Portrait Gallery Commission had to choose a site for the new museum. Though decades had passed since the idea for a portrait gallery was conceived, the timing had its advantages. Forming the National Portrait Gallery in the 1960s gave new life to an architectural marvel in downtown D.C., the Old Patent Office Building. Built from 1836 to 1867, the Old Patent Office Building was constructed by architect Robert Mills to house paperwork and scale models of American inventions. Yet the building had numerous purposes over its long history, housing government offices including the Bureau of Indian Affairs and serving as a hospital and barracks in the Civil War. After the Civil Service Commission vacated the building in the 1950s, it was slated for demolition to create a parking lot. Famously called the “noblest of Washington buildings” by poet Walt Whitman, the Patent Office Building exemplified neoclassical architecture and welcomed famous figures long before it exhibited portraits. Abraham Lincoln celebrated his second inaugural in the Great Hall and Clara Barton worked there as a Patent Office clerk. In the 1950s, preservation advocates and President Dwight D. Eisenhower ensured the Old Patent Office Building’s survival. It opened in 1968 as the Smithsonian’s premiere art institution, home to both the National Portrait Gallery and Smithsonian American Art Museum.

The Old Patent Office Building has undergone extensive renovations, most recently in 2006, to preserve its architectural majesty, accommodate the millions of visitors who walk through its halls each year, and give the National Portrait Gallery opportunities to educate the public and care for works of art. Renovations created the Lunder Conservation Center, an innovative space that allows visitors to look through floor-to-ceiling windows as art conservators care for the national treasures entrusted to both museums. Improvements to the building showcase dramatic architectural features including skylights, a curving double staircase, porticos, and vaulted galleries illuminated by natural light. The Robert and Arlene Kogod Courtyard, an enclosed courtyard covered by a wavy glass and steel roof, complements the museum’s Greek Revival building and stands as an homage to the museum’s historical past as well as its relevance to present-day Washington DC. The National Portrait Gallery is considered a “centerpiece” of downtown D.C. and greets Metro riders of the second-busiest Metro stop in the city, Gallery Place.

The National Portrait Gallery is a dynamic organization dedicated to works of art and the stories they tell. The museum houses priceless portraits of the United States presidents, Civil War photography by Mathew Brady and Alexander Gardner, and portraits by Paul Cezanne, Mary Cassatt, Edgar Degas, and Georgia O’Keeffe. One permanent exhibit, “American Origins: 1600-1900,” takes visitors through the first interactions between Native Americans and colonial settlers to the Gilded Age. A special feature of this exhibit is a rare collection of daguerreotype, an early form of photography, and portraits of historically significant Americans. Also included among the permanent exhibits is a collection titled “The Struggle for Justice,” which tells the story of major cultural and political figures who were instrumental in struggles to gain equal rights for marginalized groups. Included in this exhibit are portraits of civil rights leader Frederick Douglas, women’s rights leader Betty Friedan, and Native American activist Leonard Crow Dog. Works such as these are not only exhibited, but thoroughly researched and catalogued. The National Portrait Gallery maintains the extensive Catalog of American Portraits (CAP) with over 200,000 works, studies storytelling and identity at the Center for Visual Biography, and holds rare books and special collections in its library. American history is told through the faces of well-known and little-known people at the National Portrait Gallery.