A small mound in the park 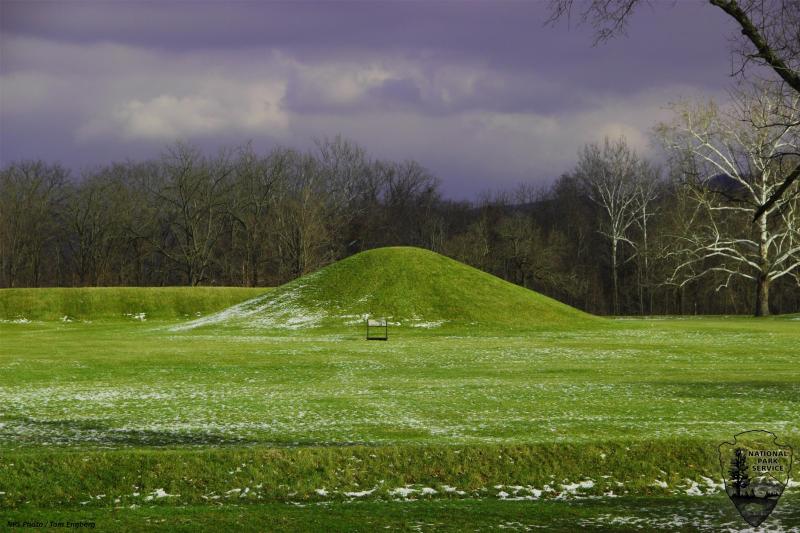 The Mound City Group is one of five major Hopewellian sites in this part of the Scioto Valley. 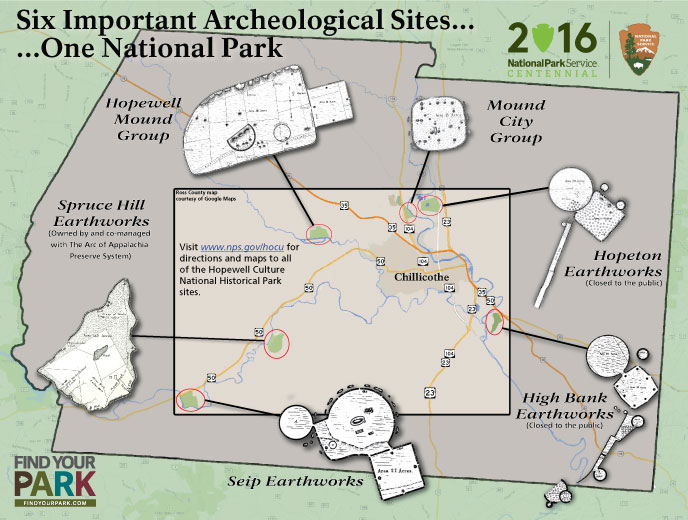 The Visitor's Center at the Mound City Group is the place to start your exploration of the area. 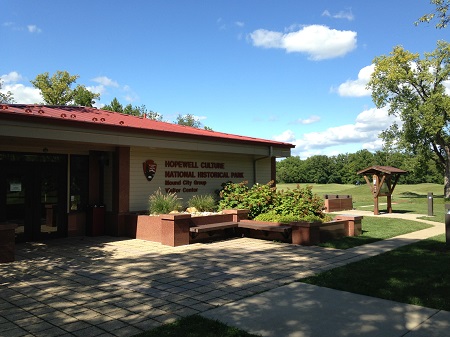 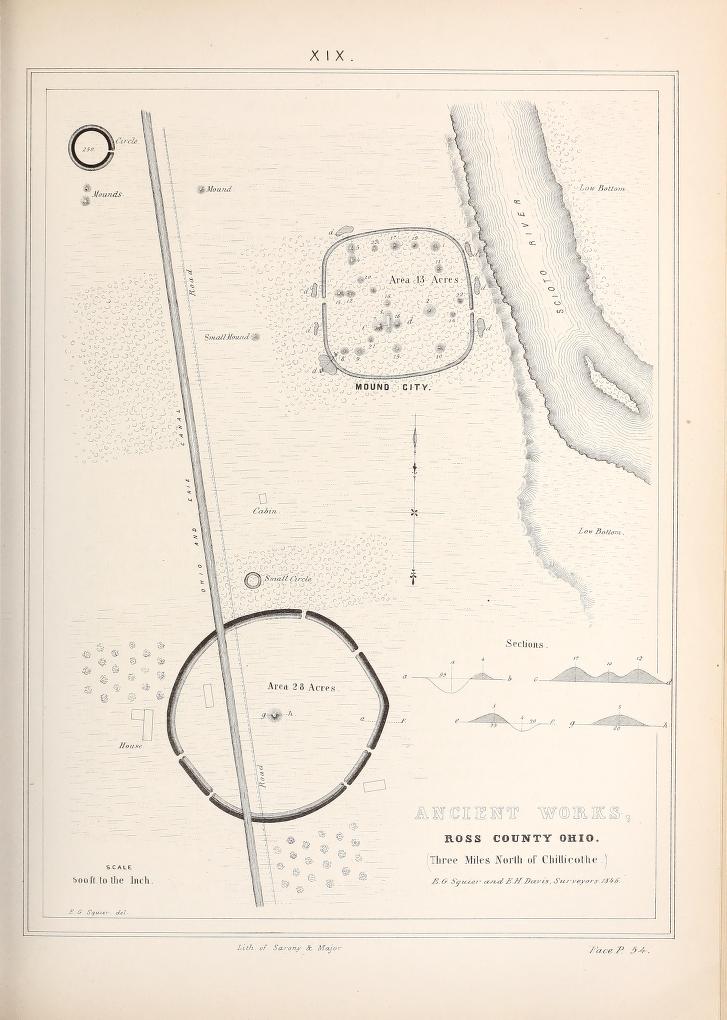 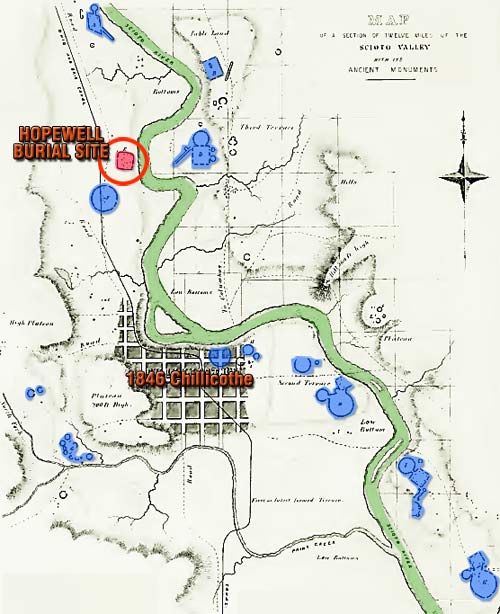 Hopewell culture was not exclusive to one tribe or society, but made for many tribes. They were all connected via a network of trade routes around their land. These Native Americans lived in the time of the Middle Woodland Era that lasted from 200 BCE-500 CE. This network they shared was known as the Hopewell exchange system that ran from Lake Ontario through to the Crystal River Indian Mounds in what would be later known as Florida. These tribes were spread throughout the soon-to-be-discovered land of America gathering materials from all sources.

They had a system of social stratification that helped grow stability and their populations. The Hopewell people had leaders, but they did not rule to the extent that they had slaves or armies to command. Some historians and scholars say that leaders were chosen based on persuasion concerning certain issues like trade and religion. Basically, whoever had the better persuasion and ideas got to be leader. The process would later lead to the creation of chiefdom, where senior members of tribes would take over as leaders based on seniority and kinship.

There are many earthworks left behind by Hopewell culture in a variety of different shapes. There are squares, circles, and many other geometrical formations. They also had many mounds throughout Ohio and this is where they would do their most work. During the 1840s, archeologists Ephraim G. Squier and Edwin H. Davis collected a mass inventory of Mound artifacts that were brought back to Europe for display. Also, the United States Army established Camp Sherman on these mounds during World War I. The Ohio Historical Society conducted a archeological dig and reconstructed some of the mounds from 1920-1923. President Warren G. Harding made the declaration that these mounds would be the Hopewell Culture National Historical Park.

The national park is owned and operated under the National Park Service with some help from the Ohio Historical Society. There are large mounds and earthworks contained within the park. This helps visitors understand the range of networks and the culture that the Hopewell people indulged in. There is history about their early residential life and their politics located in a small museum. There’s also a visitor center that shows a historical film depicting Hopewell culture, a bookstore, and where guided tours can take place.