This state historic site was established in 1958 to preserve and interpret the small Civil War battle that occurred here in 1861. The site consists of the battlefield and the Anderson House, a farmhouse that was used as a field hospital. The Anderson House still has battle scars of bullet holes and cannon shots. A small visitor's center offers information about the battle of Lexington along with videos and a few artifacts related to the Civil War in this section of Missouri. Guided tours of the Anderson House and the battlefield are available.

Battle of Lexington Monument commemorates the battle that began on September 18, 1861.

The Anderson House was used as a hospital and visitors today can see remnants of the battle inside the home. 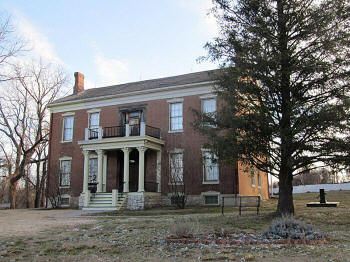 Battle damage can be seen as visitors take a tour of the battlefield and the Anderson House. 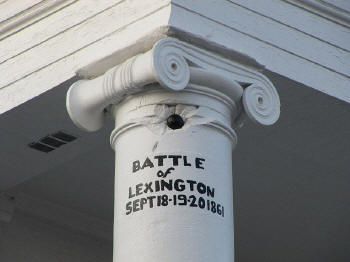 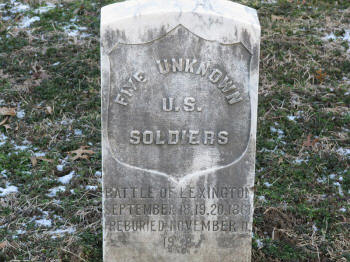 The Battle of Lexington was a continuation of Confederate General Sterling Price’s effort to gain control of this area and turn Missouri towards the Confederacy in the early years of the Civil War. The battle occurred shortly after the Battle of Wilson’s Creek. That battle occurred on August 20, 1861, and ended with a Confederate victory that disrupted command and control of Union troops in the area. After Wilson's Creek, Price carried on toward Lexington, just outside of Kansas City, and reached the town on September 12 with a portion of the 10,000 men under his command. The majority of Price’s men in Lexington had fought with him at Wilson’s Creek.

September 18, 1861 was the first day of the Battle at Lexington. Major General Sterling Price led his men through Lexington and encircled the Masonic College, where 2700 Union soldiers were located. After nine hours of battle Price's men seized the house of Oliver Anderson, which was being used as a Union Hospital. Colonel Mulligan then ordered his men to retake of the house and the resulting firefight caused numerous casualties before control of the house reverted back to Price's men. Some of the damage to the house caused by this battle are still visible today in the museum.

By the end of the third day the siege ended. The Southerners used bales of hemp to line the trenches (known as "Battle of the Hemps") and form a defensive barrier. The river-soaked bales acted as a cannon ball barrier. Mulligan's Union forces departed the area and his force suffered 39 fatalities and an addition 120 wounded. Price lost twenty-five men and an additional 75 wounded.

The Anderson House was built in 1853 by Oliver Anderson. Mr. Anderson prospered on a partnership with his son-in-law, Howard Gratz, of manufacturing of hemp. After a financial downfall and other misfortunes, Oliver Anderson, was arrested by Federal troops for his support of the Confederacy. Today, visitors can tour the house and battlefield.

Hours are various depending on month, season and historic site visiting. See website for details.