This is a contributing entry for St. Joseph Public Library - Downtown and only appears as part of that tour.Learn More.

As a result of Missouri State Law permitting the St. Joseph School District to issue bonds on the vote of the citizens of St. Joseph, on March 31, 1900, a special election was held.  2,512 votes in favor, resulted in a building that the school district would share with the new free, public library. The building was designed by St. Joseph, Missouri’s foremost architect, Edmond Jacques Eckel.  His schooling at the prestigious Ecole des Beaux-Arts school in Paris is reflected in the building’s architectural style 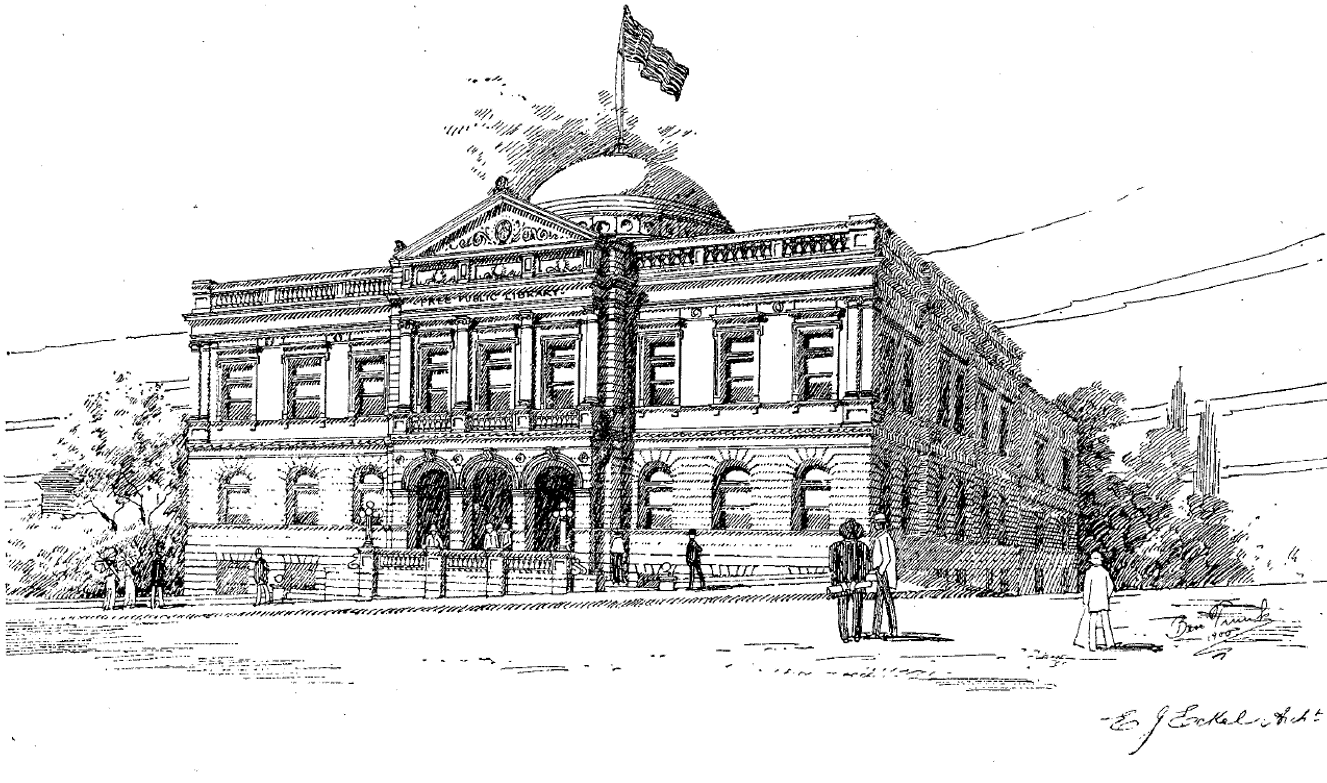 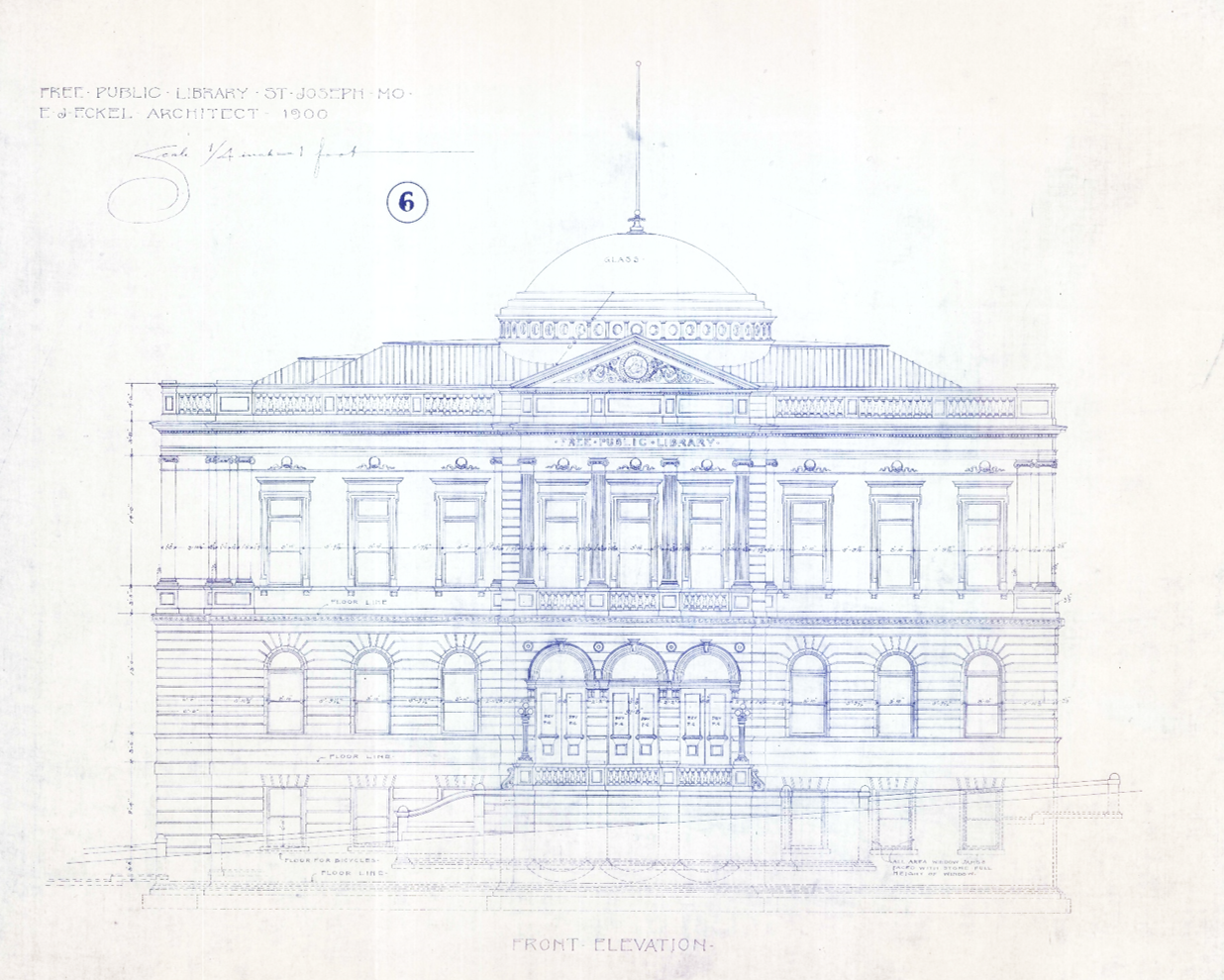 January 1890 – Librarian Purd B. Wright suggested making use of Missouri State Law allowing for the establishment of a free public library.

Founding as an Institution

1890 – St. Joseph Public Library is formed as an institution.

March 23, 1891 – The St. Joseph Public Library opened. Delay in opening due to volume of books in need of processing. At the time of opening the library housed 5510 books.