Hampton Park and the Origins of Memorial Day

During the final year of the Civil War, Confederate soldiers converted a horse-racing track into a makeshift prisoner of war camp. With the Confederacy unable to properly feed or clothe many of its own troops in the final year of the war, the death rate among Union prisoners was astounding. At least 257 Union soldiers died at this location. Facing disease and the advance of the Union Army, Confederate guards hastily buried the dead in an unmarked mass grave. Few white Southerners remained in the city when Confederate forces surrendered Charleston to the commander of an African American regiment. Days later, free Black residents and former slaves walked to the mass grave, exhumed the bodies, and reburied the Union soldiers in proper graves. They also erected markers and a small fence around the burial ground, marked by a memorial arch bearing the words "Martyrs of the Race Course." On May 1, 1865, an estimated crowd of ten thousand people--mostly Southerners who had lived under the lash of chattel slavery, held a solemn procession to the cemetery they had built. Together with Union troops, the former slaves decorated the graves with flowers and markers and listened to speeches honoring their sacrifice. Historian David Blight believes that this memorial service and celebration marked the first observance of Decoration Day, a national holiday that is now known as Memorial Day. By the 1870s, this holiday, created by a Union veteran group to honor Union veterans, had expanded from the North to all parts of the nation. Northerners and Southerners celebrated the day differently, but by the turn of the century, the holiday became less about remembering veterans of the Civil War and more about honoring veterans of all conflicts, After the second World War, Decoration Day was nearly always referred to as Memorial Day-a name change that connotes the recognition of veterans of multiple conflicts.

This image from the Library of Congress shows the graves of the Union soldiers after former slaves and free Black men moved the bodies from a mass grave. Two decades later, the remains were reburied at Beaufort National Cemetery. 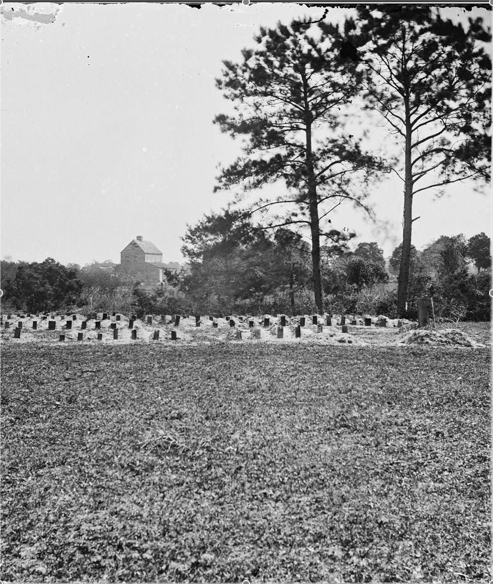 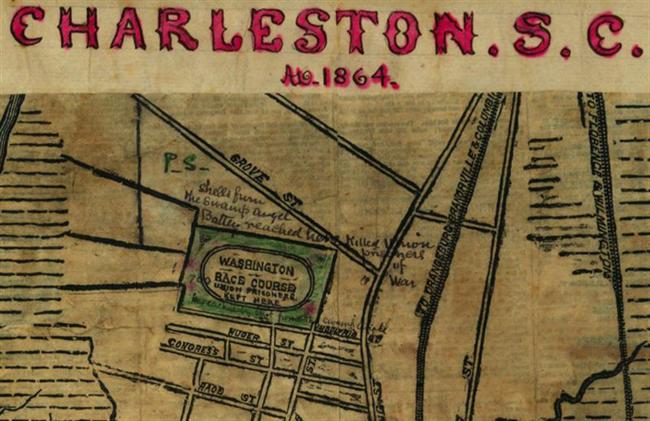 Washington Race Course existed from 1792 to 1882. Today, the area is known as Hampton Park-named in honor of Confederate General Wade Hampton. 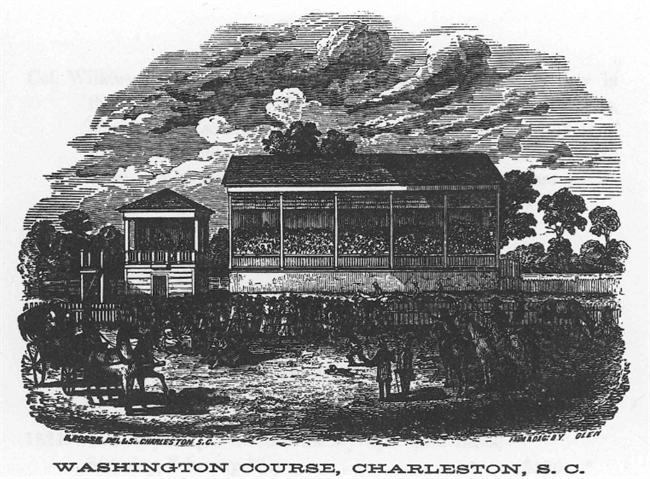 In 1836, the track added this clubhouse for the comfort and separation of of Southern women from the often raucous events on the track. 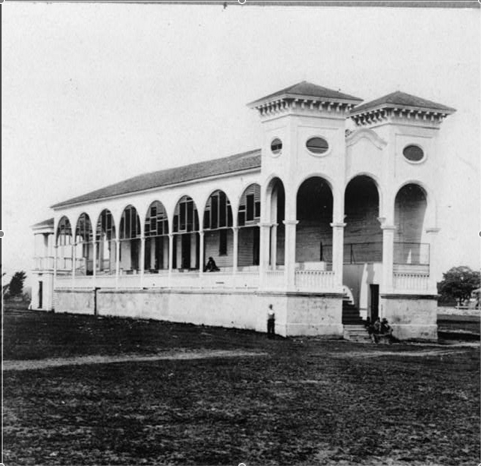 To learn more about the history and memory of the Civil War, please consider Race and Reunion by David Blight. A link to the book is provided below. 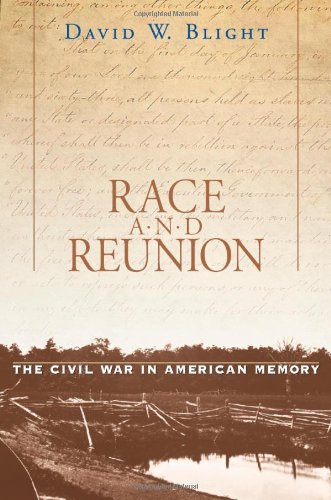 Blight's suggestion that Memorial Day began with a ceremony held by former slaves offers incredible symbolism. For such a ceremony to occur at an antebellum racetrack, built to highlight the wealth and status of Southern planters, one has to reconsider both the meaning of the holiday and the Civil War. For some, the story of Charleston's Black community offers a compelling example of Memorial Day as a time to honor soldiers who fought for freedom. For those who believe that the role of slavery and the actions of African Americans are already over-emphasized in the historical interpretation of the Civil War, Blight's suggestion appears a cautionary tale of historical revision.
Blight is the first to recognize that the ceremony in Charleston did not inspire white Northerners to hold annual events, even if generations of Southern African Americans kept the tradition alive. For white Northerners, Decoration Day officially began in 1868, when the leader of the Grand Army of the Republic (GAR), issued a formal proclamation.

The GAR was a large organization composed of Union veterans. The declaration of its commander, former General John A. Logan, marks the official start of the holiday. Logan declared that May 30th would henceforth be known as Decoration Day, commemorated by ceremonies and the decoration of graves. In May of 1869, over three hundred communities held official Decoration Day ceremonies. By the mid-1870s, the idea had spread to white Southerners who held ceremonies in honor of fallen Confederates.
The ceremony held by former slaves demonstrate, the GAR was not the first to hold a day of remembrance. In fact, dozens of communities held ceremonies to honor the dead by decorating their graves while the war was still going on. In addition, community members in several states held ceremonies to honor veterans and decorate graves prior to 1868. For example, Waterloo New York held an event in 1866 that became an annual ceremony independent of the order from the GAR. In 1966, President Lyndon B. Johnson issued an official proclamation recognizing Waterloo as "The Birthplace of Memorial Day." Several other communities cite earlier ceremonies to support their claim to the holiday's origin.

If the ceremony in Charleston was not be the first of its kind, and if it did not directly inspire the GAR and other Northern whites to hold annual ceremonies, what is its unique and compelling significance? Perhaps the fascination with "firsts" does a disservice to those seeking to understand historical causation. Each of the early ceremonies might best be understood as part of a larger movement that led to the creation of a specific day to honor the dead--a movement so large and so central to the identity of American communities that its origins must have been as diverse as the nation itself.

Even if the former slaves in the former Confederate capitol were but one of many communities that came together to honor those who died in defense of the Union or the Confederacy, their ceremony was certainly the largest of its kind. Perhaps more compelling, each of the ceremonies between the start of the war and 1868 were dedicated to honoring those who served from local communities. In their first moments of freedom, former slaves in Charleston paused to to honor men they had never known, Recognizing the connection between reunion and the end of slavery, they honored these soldiers before testing their own status as free women and men.
To learn more about the prisoner of war camp, the actions of former slaves, the creation of Memorial Day, and the larger conflict of the Civil War and its memory, please explore the books and media that appear below.