A small historic marker at the entrance of Howard University Hospital commemorates Freedman's Hospital which was established near this location in 1862. The first hospital was located at 12th and R Street and seven years later, a new hospital was constructed at this location. A teaching hospital, Freedman's Hospital trained nurses, physicians, and surgeons who upon graduation established practices and worked at hospitals throughout the nation. A new building was completed in 1908 and this third version of Freedmen’s Hosptial was in operation from 1908 to 1975. That facility, located on Bryant Street, closed when Howard University Hospital opened this facility and the building now houses the Howard University School of Communications.

The former Freedman's Hospital building is now the C. B. Powell building and home to the School of Communications 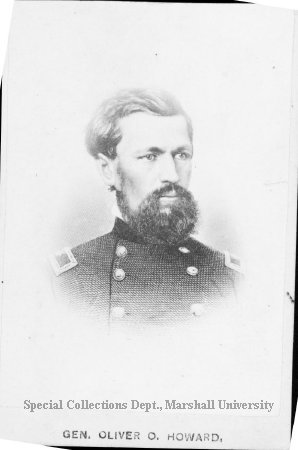 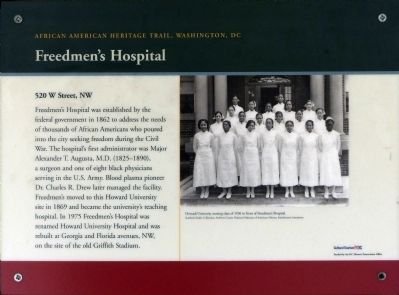 A short history of Howard University and Howard Medical School

Since 1867, Howard has awarded more than 100,000 degrees in the professions, arts, sciences, and humanities. Howard ranks among the highest producers of the nation's Black professionals in medicine, dentistry, pharmacy, engineering, nursing, architecture, religion, law, music, social work, and education. Carter G. Woodson, "The Father of Black History," was a professor and Dean of the College of Arts and Sciences at Howard.

Howard has grown from a single-frame building in 1867 and evolved to more than 89 acres, including the six-story, 400-bed Howard University Hospital. Since 1974, it has expanded to include a 22-acre School of Law West Campus, a 22-acre School of Divinity East Campus and another three-fifths of an acre facility in northeast Washington and a 108-acre tract of land in Beltsville, Maryland.

Shortly after the end of the Civil War, members of The First Congregational Society of Washington considered establishing a theological seminary for the education of African-American clergymen. Within a few weeks, the project expanded to include a provision for establishing a university. Within two years, the University consisted of the Colleges of Liberal Arts and Medicine. The new institution was named for General Oliver Otis Howard, a Civil War hero, who was both the founder of the University and, at the time, Commissioner of the Freemen's Bureau. Howard later served as President of the university from 1869–74.

In 1965, President Lyndon B. Johnson delivered a speech to the graduating class at Howard, where he outlined his plans for civil rights legislation and endorsed aggressive affirmative action to combat the effects of years of segregation of Blacks from the nation's economic opportunities. At the time, the Voting Rights bill was still pending in the House of Representatives.