Number 1 Martin's Block, originally built in 1854, is the oldest building documented in Downtown Freeport that is still standing. It is the only remaining part of what was known as Martin's block which was a larger 60 foot wide by 60 feet long, three story brick building erected by Martin and Karcher. It is one of the few downtown buildings that maintained use of the upper floors throughout it's history. In the late 1850s or early 1860s when street names began to be in use the address was known as 108 Stephenson St. When the city renumbered streets in about 1921 it was then known as 14 W Stephenson St.

It is currently home to Wall of Yarn, a local yarn store, at 14 W Stephenson St and Exchange Street Printery at 15 W Exchange St. 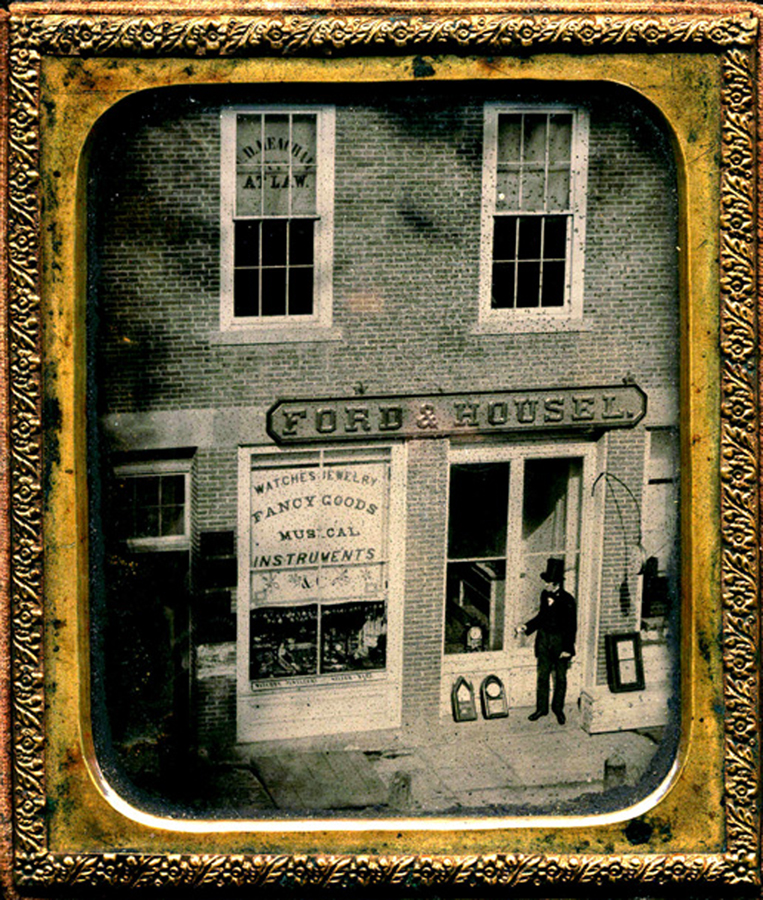 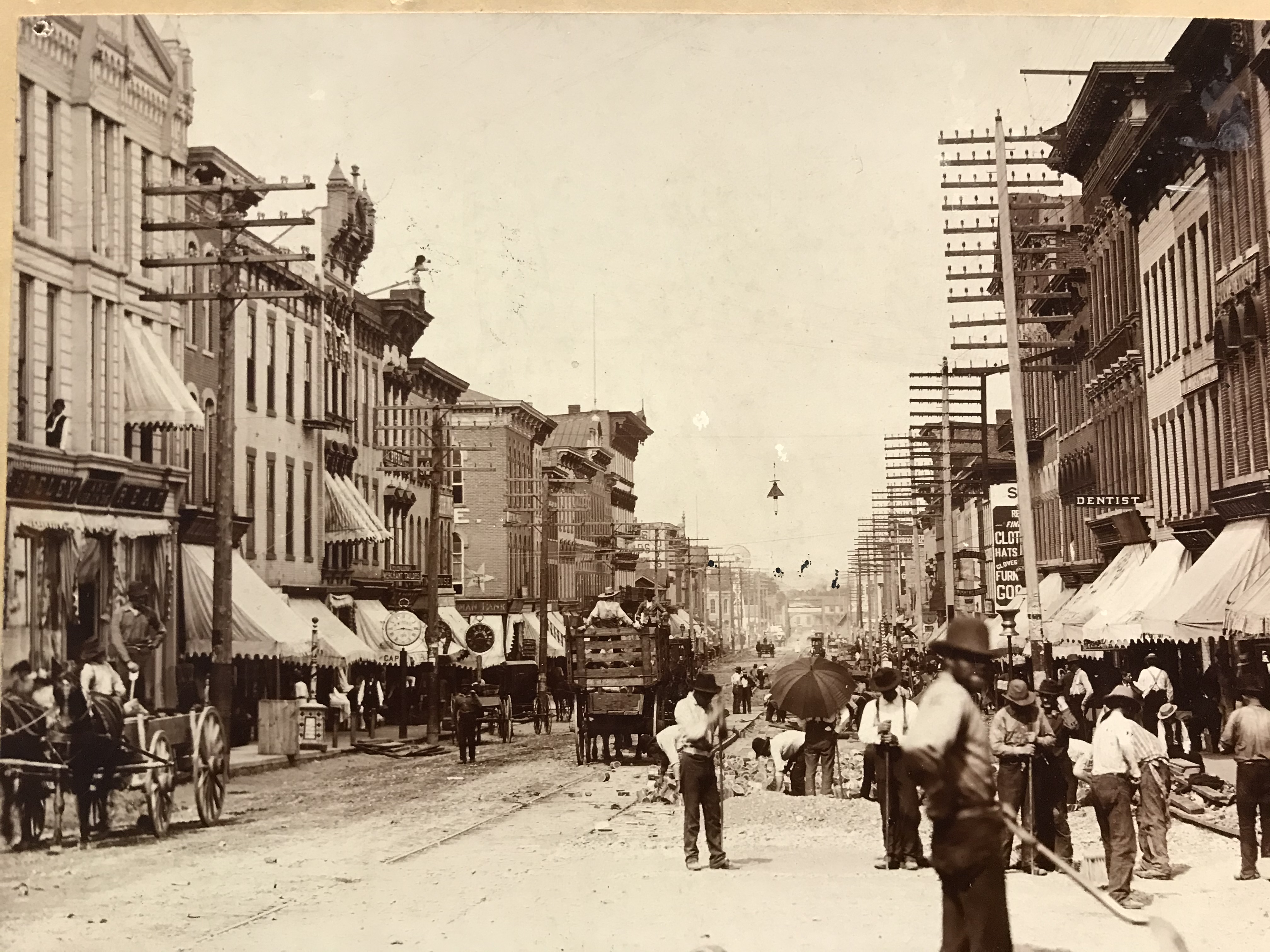 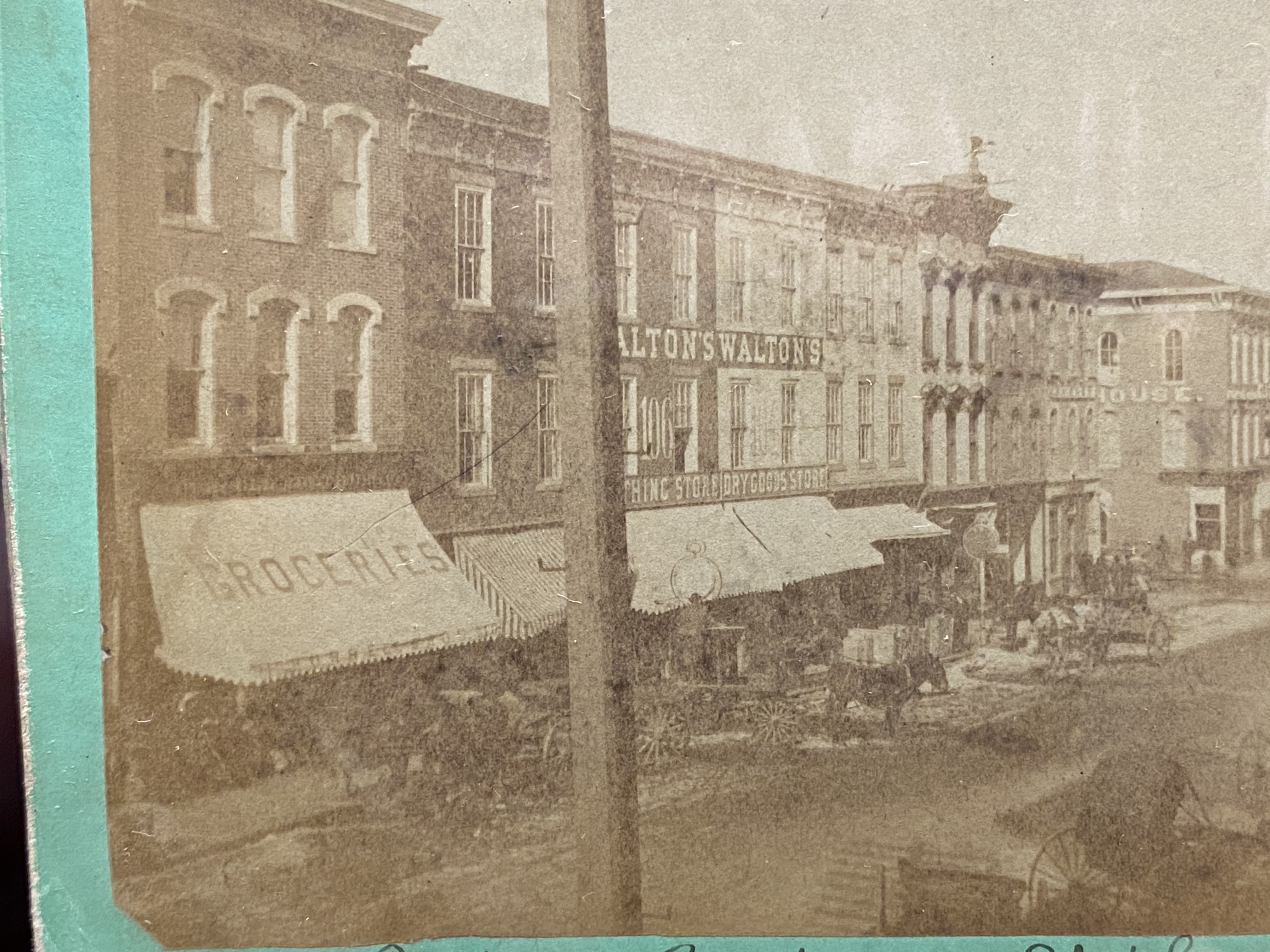 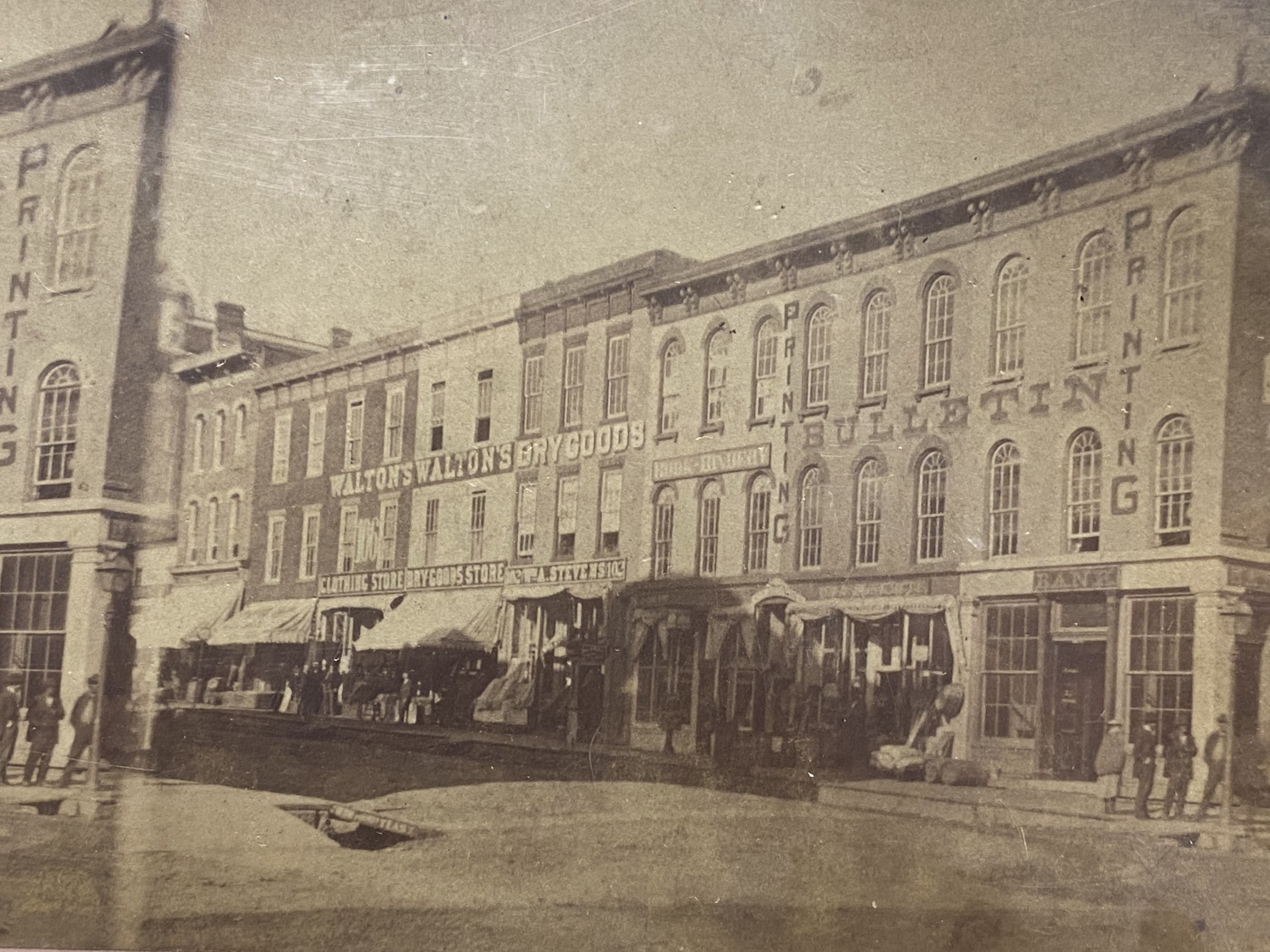 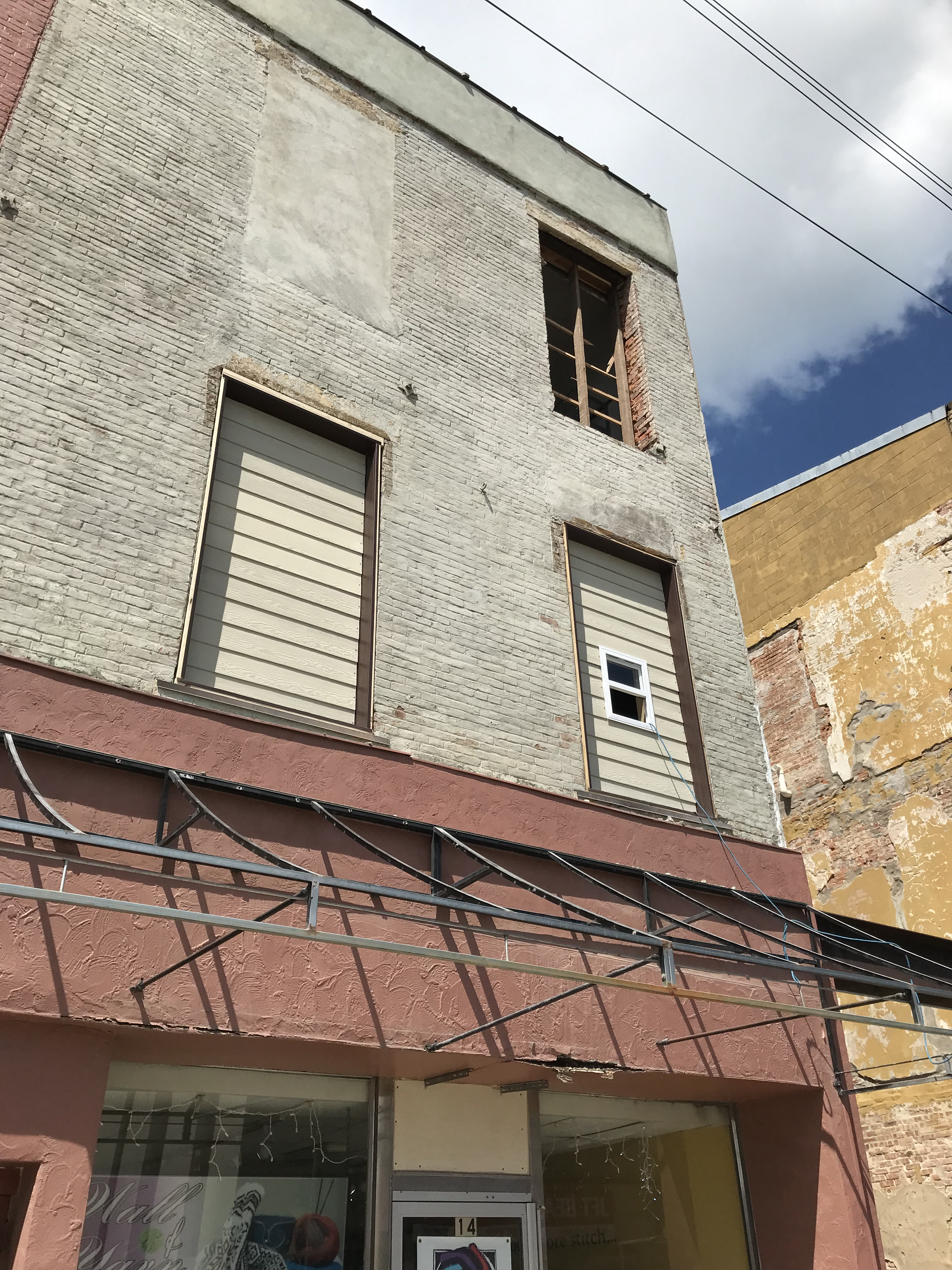 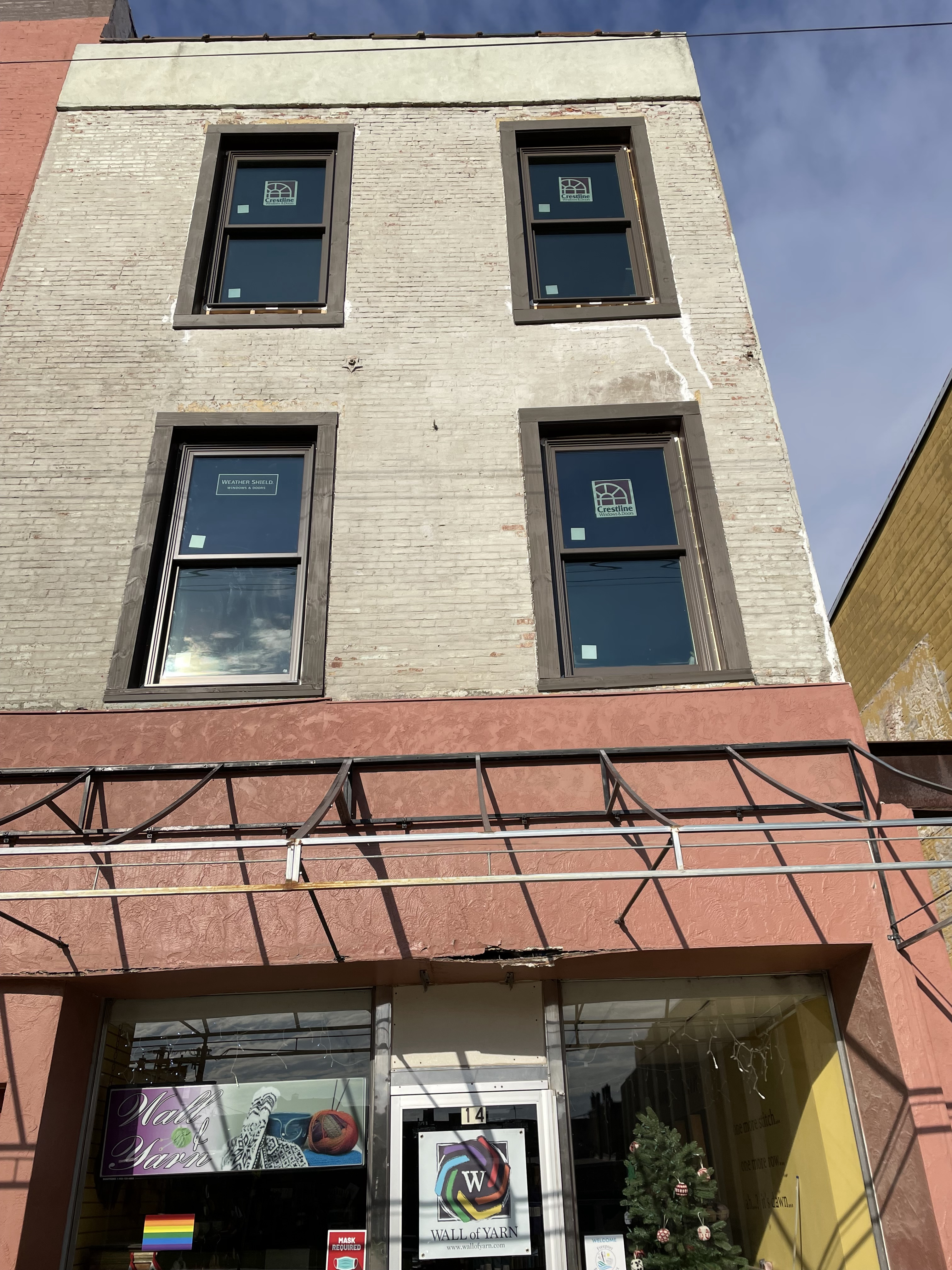 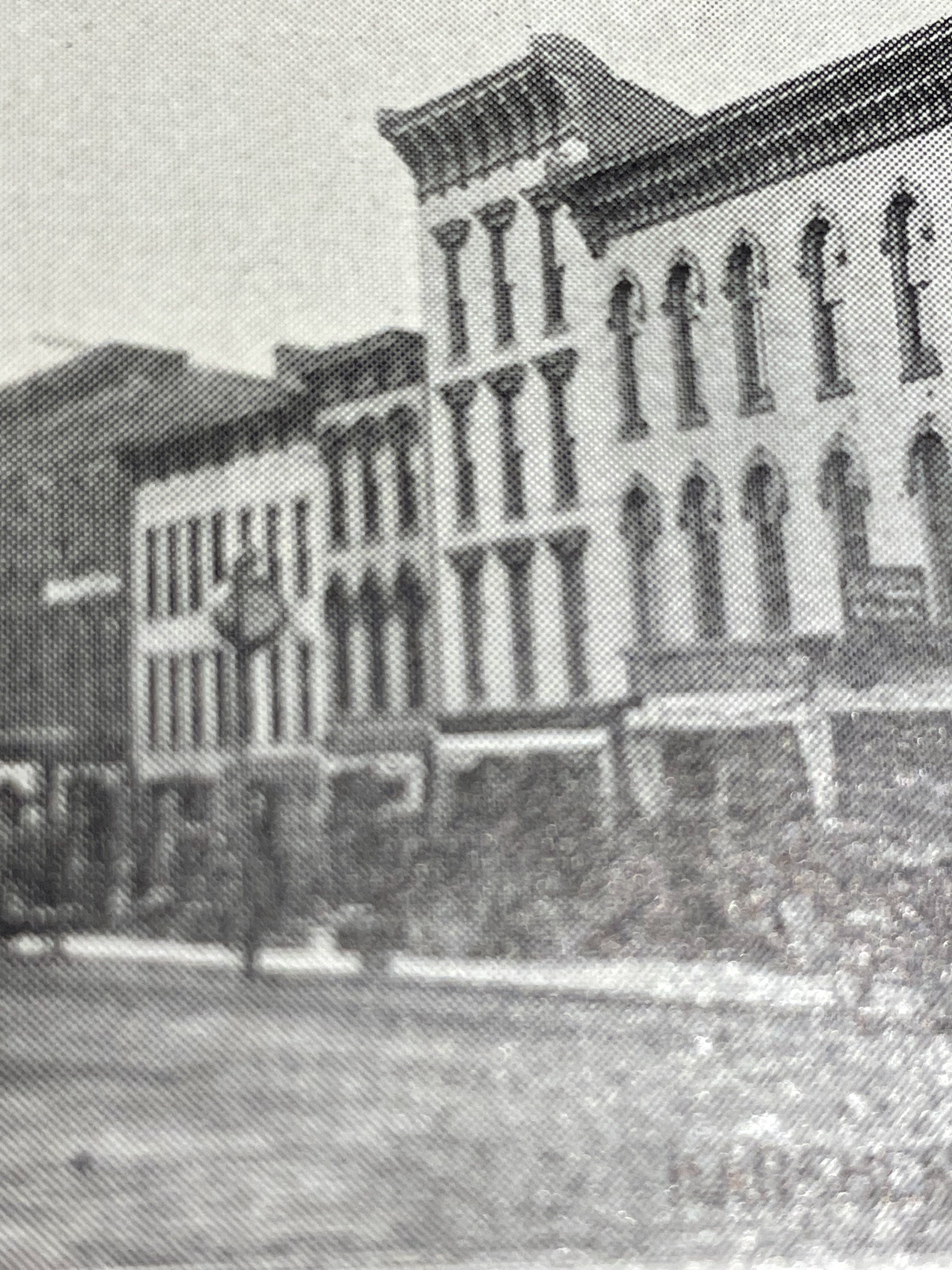 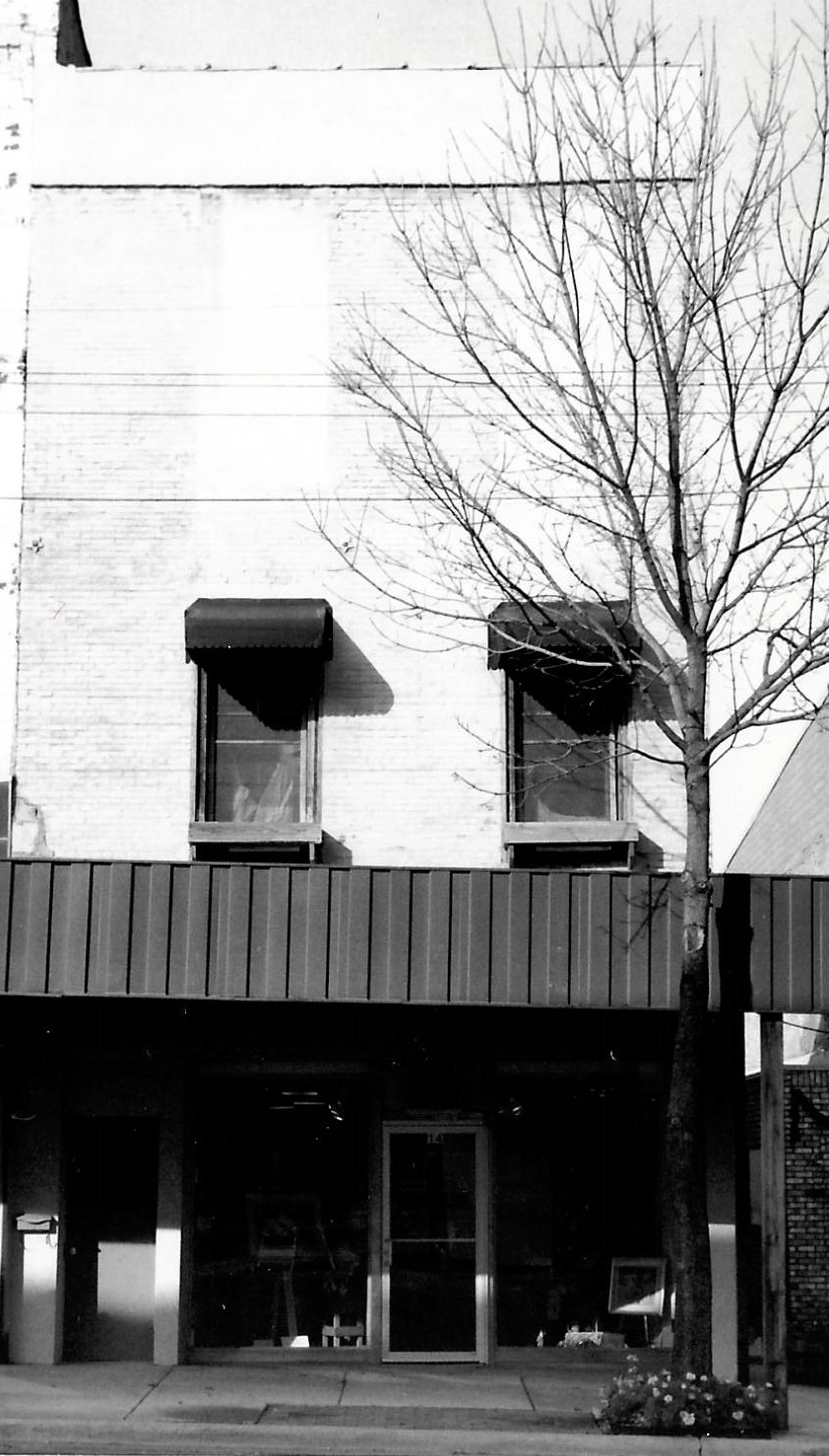 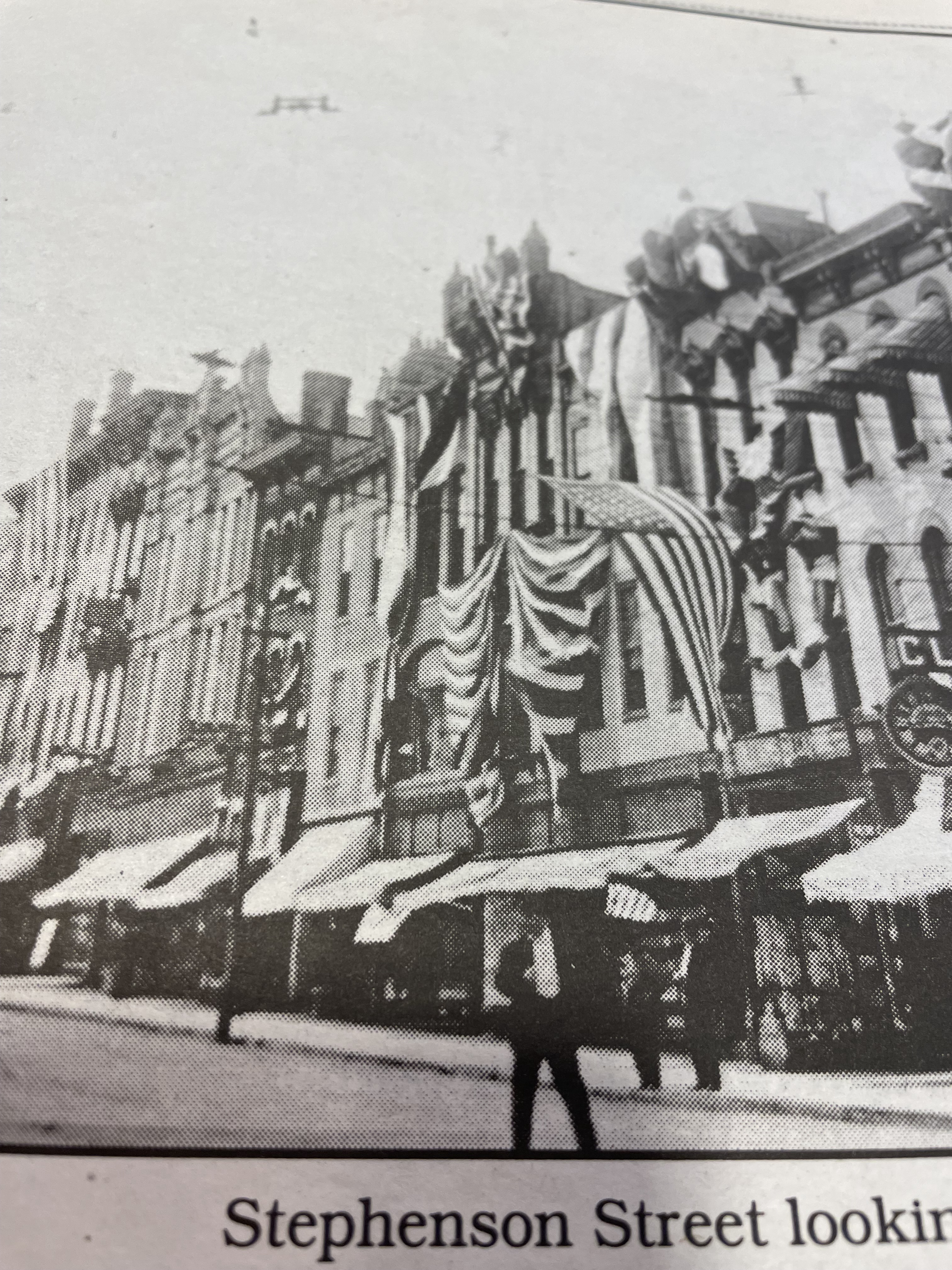 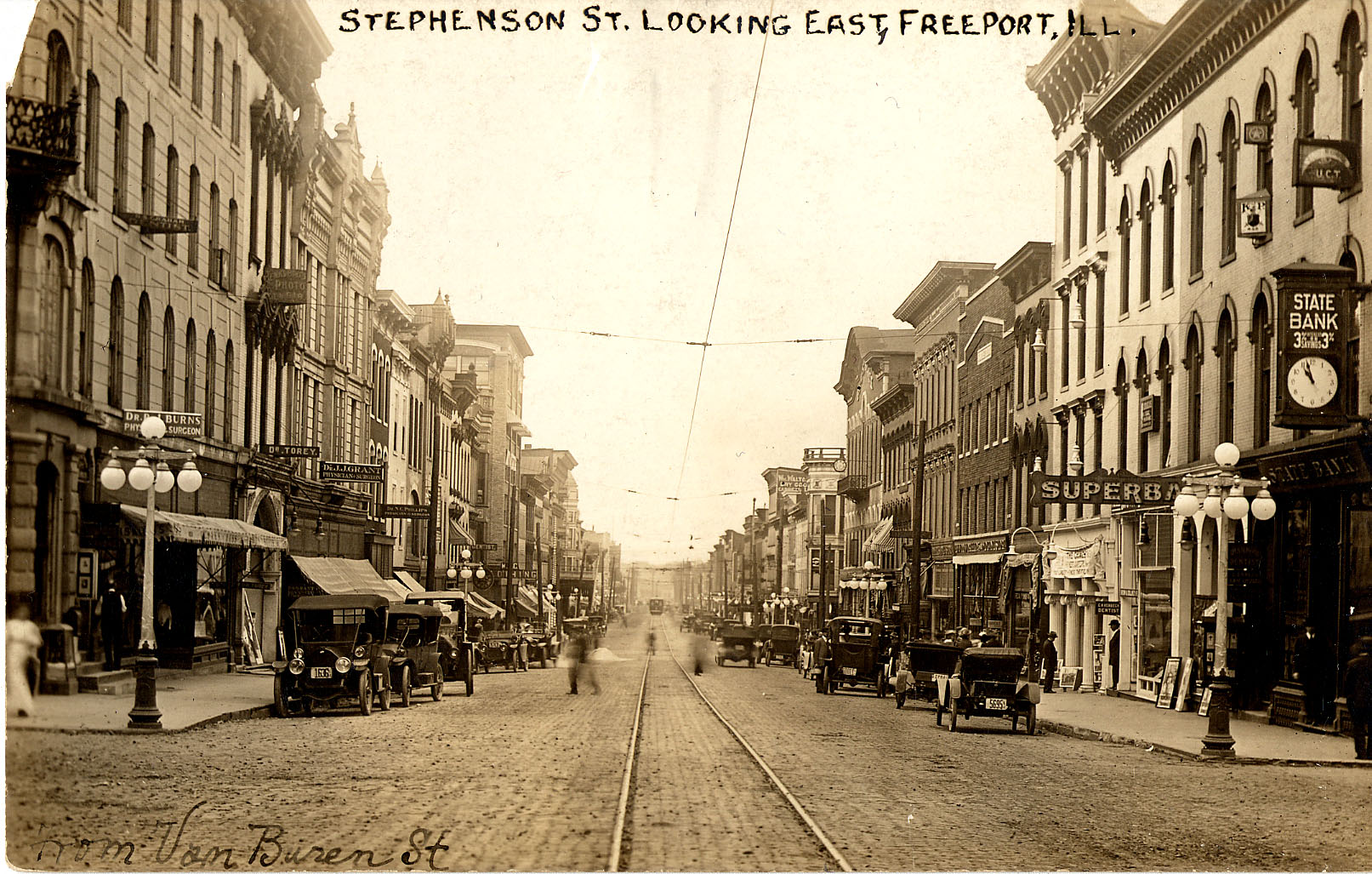 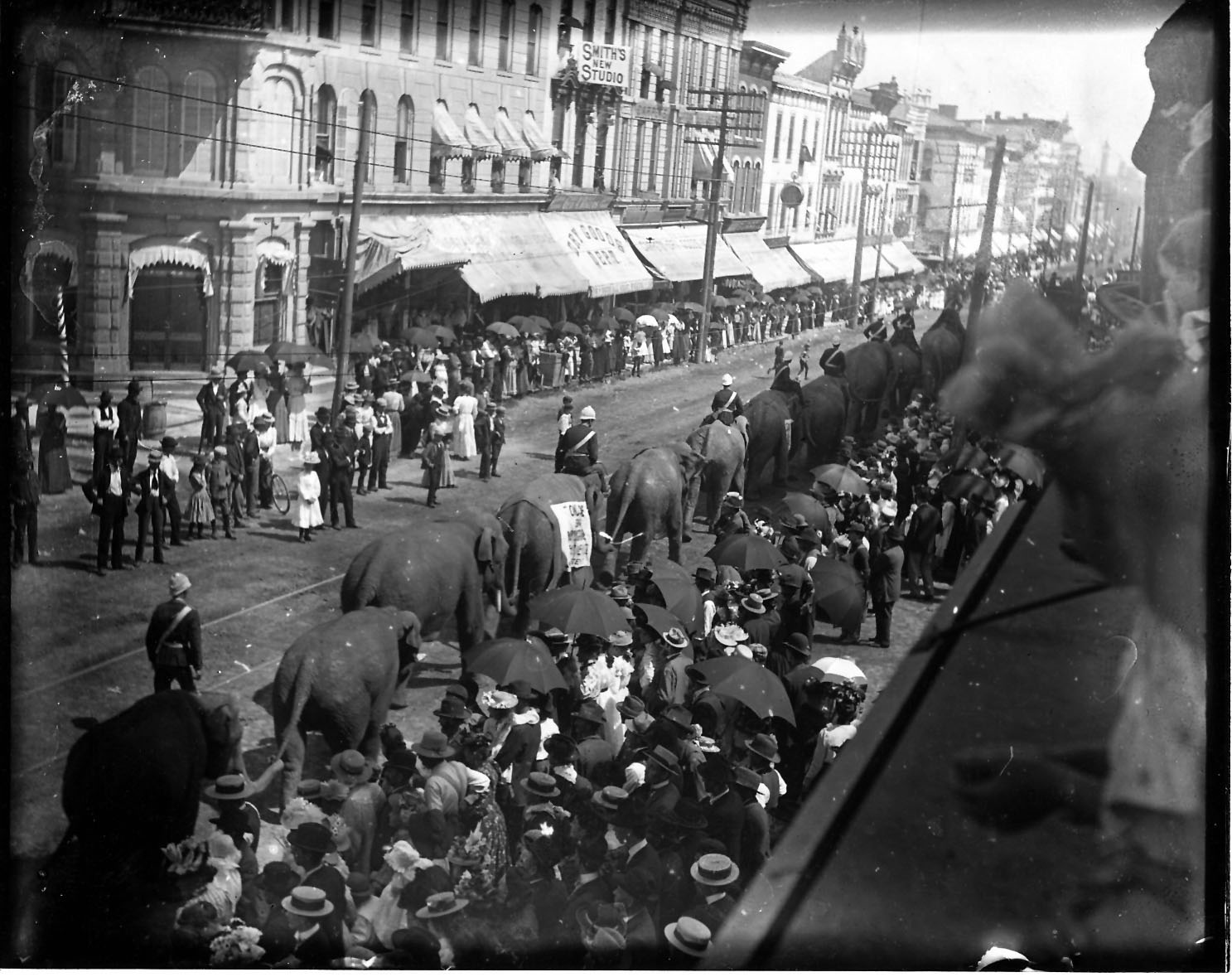 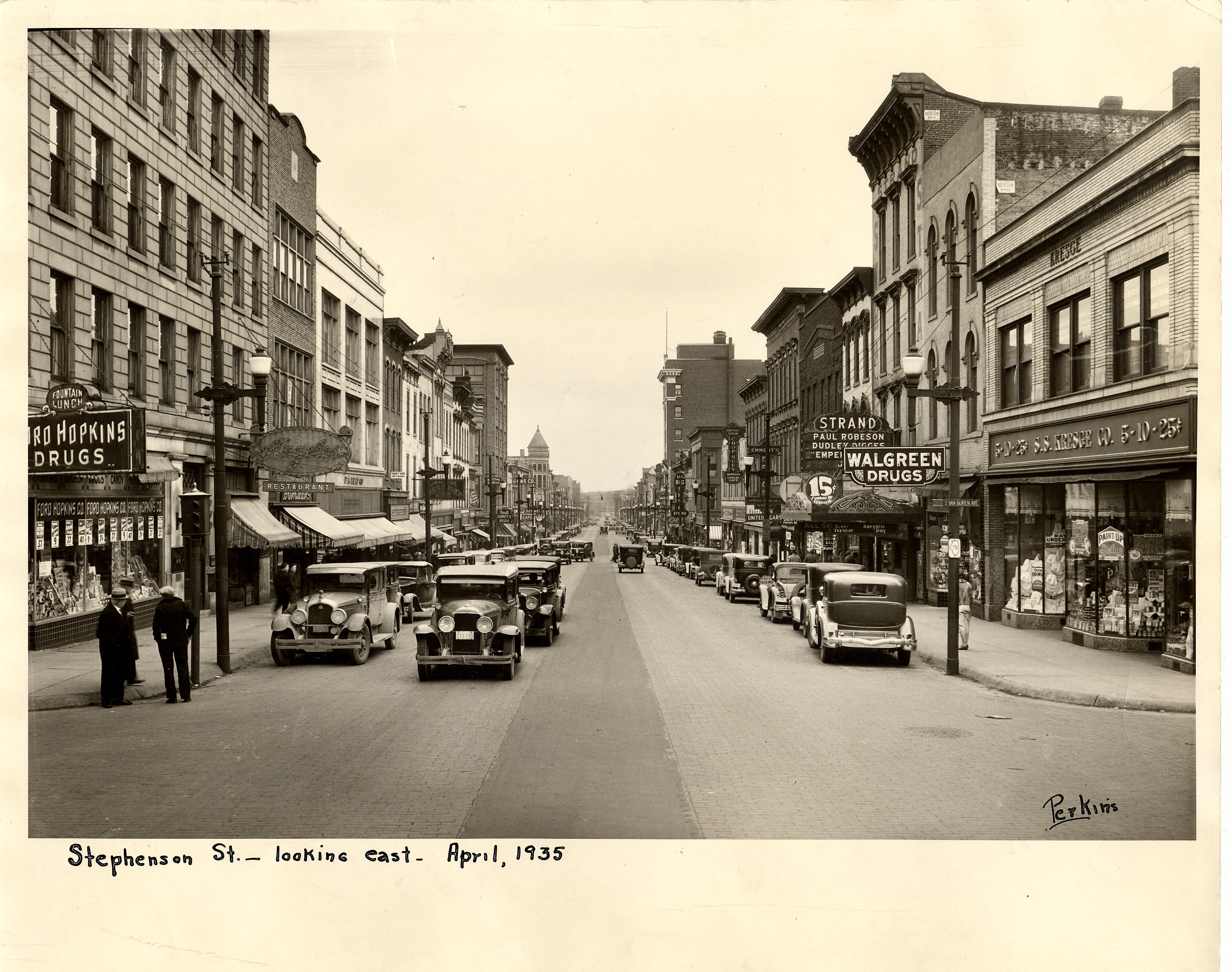 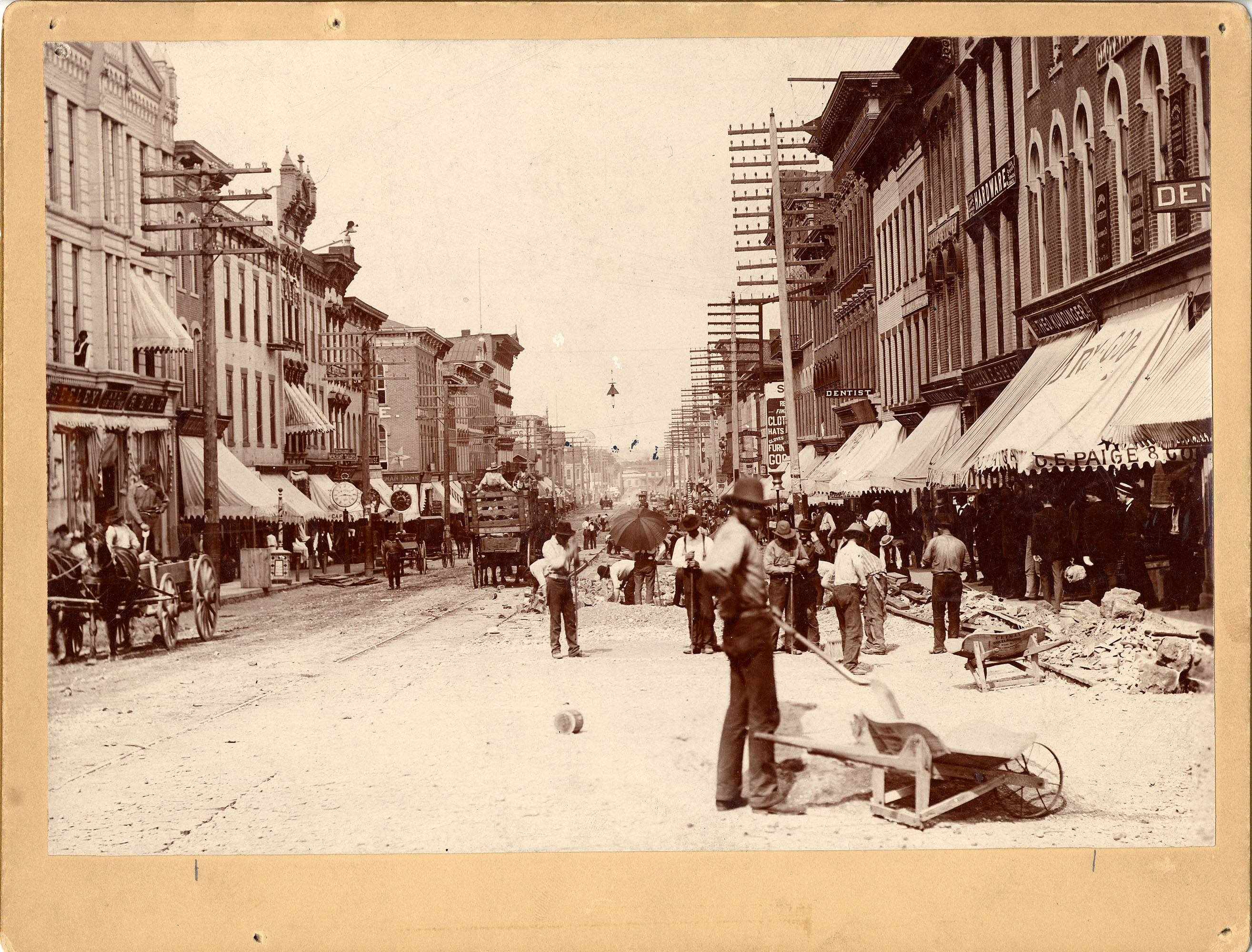 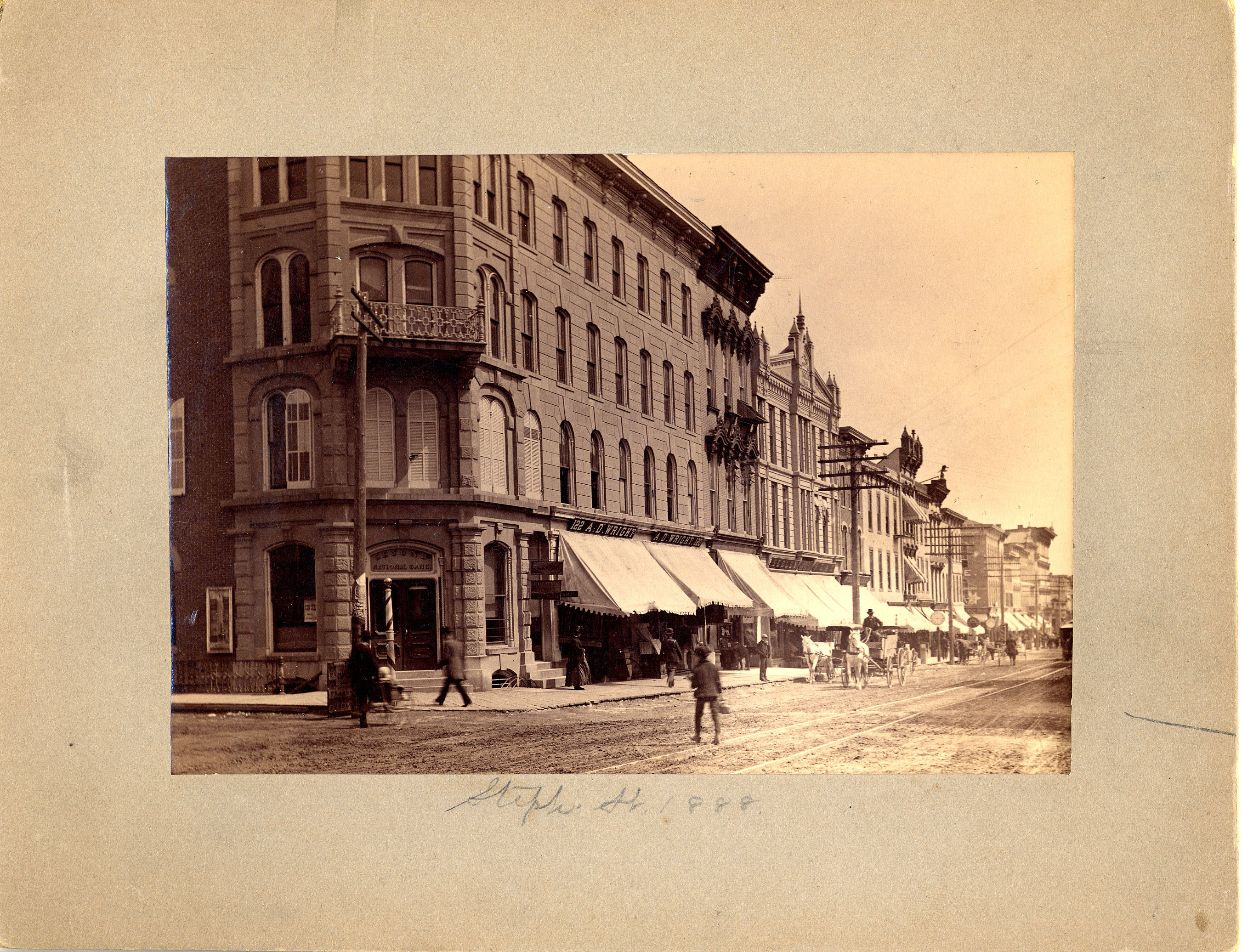 Number 1 Martin's Block, originally built in 1854, is the oldest building documented in Downtown Freeport. It is the only remaining part of what was known as Martin's block which was a larger 60 foot wide by 60 feet long, three story brick building erected by Martin and Karcher.

Dr. Chancellor Martin owned Number 1 Martin's Block and it passed down through his descendants: to son John Martin, then to daughter Ella Kintzel who died in 1953. Her sons sold the building to Maurice Rothstein in 1961. The building became part of the Maurice and Edna Rothstein Trust in 1983 and the trust conveyed the building to Kiriakos Agavanakis in 1986. Kiriakos then conveyed the building in 1993 to Thomas Nettles and Betty Roliardi as tenants in common. In 1999 Thomas purchased Betty's interest in the building and later he sold the buiding in 2017 to the current owners. Number 2 was sold to William Walton and it burned down in 1971. Number 3 was owned by Karcher and was replaced in the 1940s when Sears opened.

The first floor of Number 1 Martin's Block was extended from 60 to 90 feet in 1867 By August Ford who ran a business there at the time. The first floor was later extended to it's current length of 155 feet all the way to Exchange Street in the late 1960's or early 1970's making it the last building on the block to extend from Stephenson Street to Exchange Street. After the fire occurred next door, the upper stories of this building were renovated and the front windows facing Stephenson Street on the third floor were bricked over and the windows facing Exchange Street were replaced by a large sliding glass door in the center of the wall, while on the second floor the windows were replaced by smaller windows. The front façade on the first floor has changed throughout the years with the current Stucco and glass windows were installed in the 1970s.

The inside and outside are both currently being renovated by the current owners, Jeffrey Wall and Dennis Rinkenberger who purchased the building in 2017. In 2021 the brick was removed from the third floor windows and windows on both the second and third floors were replaced with windows that went back to the original size windows. While indoor renovations are slowly progressing, the current plan includes replacing the first floor façade and replacing it with something close to the original as seen in an early ambrotype probably taken around the grand opening for Ford & Housel in when they moved into the building in November of 1855.

1884 - 1900: Mrs H E Boger (Millinery and Fancy Goods rented space in Pixley then Ford and Son when Pixley sold to R Dobbie and back to A W Ford )

1857: The Freeport and Rockford General and Business Directories and Stephenson and Winnebago Counties Advertiser for the Year 1857, published by Hall & McEvoy in Chicago, IL in 1857

1861: Freeport City Business Directory and Advertiser for 1861, published by Umberhine & Gustin's, Indianapolis, IN

1868-1868: Freeport City Directory with a Historical and Business Review; also a Business Directory of the different towns in the county, compiled by M W Riley, Published by Kauffman & Burgh, Freeport, IL, 1868

From the collection of the Stephenson County Historical Society

Feast your eyes on the architectural details from buildings over 100 years old as you step back in time and tour scenic downtown Freeport at your own pace.