This monument was dedicated on October 7, 1880, to commemorate the centennial of the Battle of Kings Mountain. The battle occurred on October 7, 1780, and is often referred to as “the turning point in the South" in the American Revolution. The twenty-eight-foot tall pylon is constructed of granite and marble with inscriptions on all four sides. 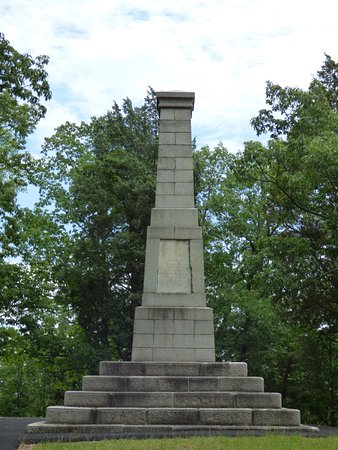 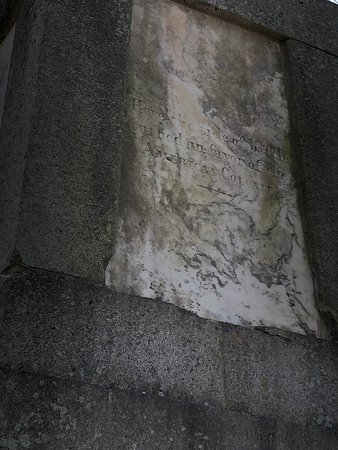 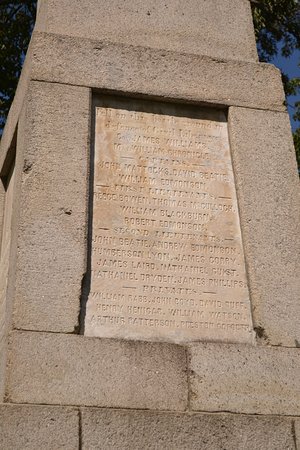 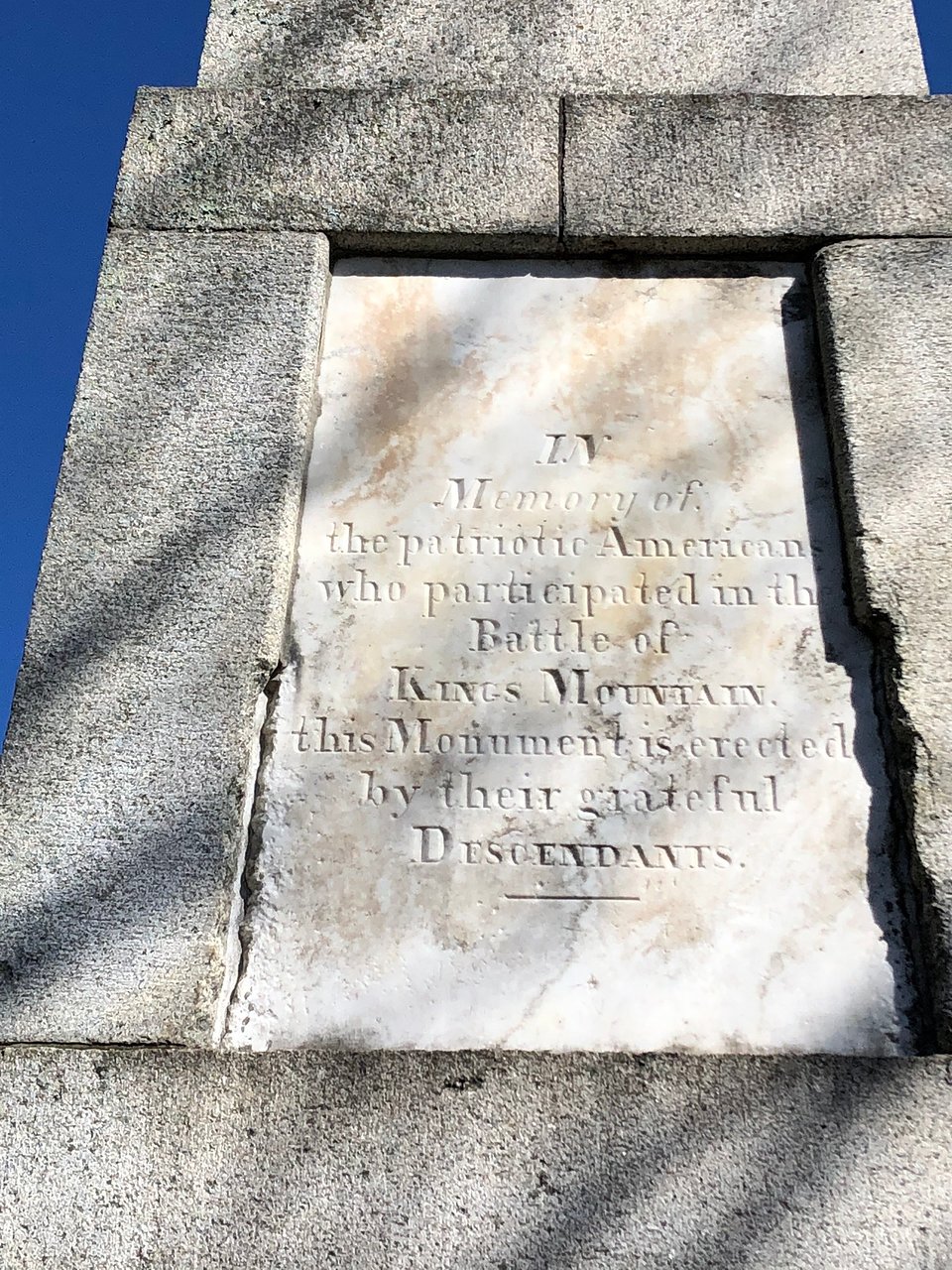 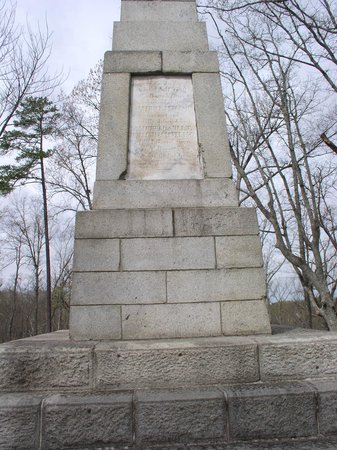 In 1780, the Revolutionary War raged in the Carolinas between those who favored independence and British Loyalists. In some ways the conflict represented a civil war as colonist fought against colonist. Leading up to the Battle of Kings Mountain, British commander, Major Patrick Ferguson attempted to gain support for the crown during the summer, as he traveled through South Carolina and North Carolina. In September, General Lord Charles Cornwallis led British troops to invade North Carolina. Cornwallis then ordered Ferguson to North Carolina to help safeguard his troops from rebel militia attacks. Patriot leaders including Colonels Charles McDowell, Isaac Shelby, John Sevier and William Campbell gathered on September 25 along the Watauga River at Sycamore Shoals in what later became Tennessee. Their troops then marched toward Gilbert Town and British Major Ferguson, gaining additional frontiersmen along the way.

On October 6, Major Ferguson, now camping at Kings Mountains, received news the Patriots were close behind him. He sent a message to General Cornwallis requesting additional troops. Ferguson tried to prepare for the enemy and establish a defense. Patriot troops now at Cowpens in South Carolina learned Ferguson was camped nearby at Kings Mountain. Additional men from South Carolina joined the Patriot troops and they marched all night toward Kings Mountain. Colonel William Campbell led the Patriot troops of 900 men. Around 3 pm on October 7, 1780, the fighting began at the Battle of Kings Mountains. Colonels Campbell and Shelby marched troops up the mountain as other patriot troops provided support until they reach the summit. The fighting lasted nearly an hour when Major Ferguson was killed. The Loyalist’s second in command ordered his troops to surrender and hoist the white flag. This brief battle resulted in 225 Loyalist casualties and 28 Patriot causalities.

On the 150th Anniversary of the Battle of Kings Mountain, President Herbert Hoover addressed at large crowd at the battlefield site stating, “It was a little army and a little battle, but it was of mighty portent. History has done scant justice to its significance, which rightly should place it beside Lexington and Bunker Hill, Trenton and Yorktown, as one of the crucial engagements in our long struggle for independence.”3

Address on the 150th Anniversary of the Battle of Kings Mountain, The American Presidency Project. Accessed April 30th 2020. https://www.presidency.ucsb.edu/documents/address-the-150th-anniversary-the-battle-kings-mountain.