Located in Brighton Park Atlantic City, New Jersey is the Korean War Memorial. The memorial opened on November 13, 2000, two day after Veteran's Day. The memorial was created to help heal the spiritual and psychological wounds suffered by the Korean Veterans. It shows the struggle, accomplishments, and the contribution of the men and women who served. Governor Christine Todd Whitman and the Legislatures wanted to create a "fitting acknowledgement of the valor displayed by our military personal who served in Korea."

Statues at the Korean War Memorial 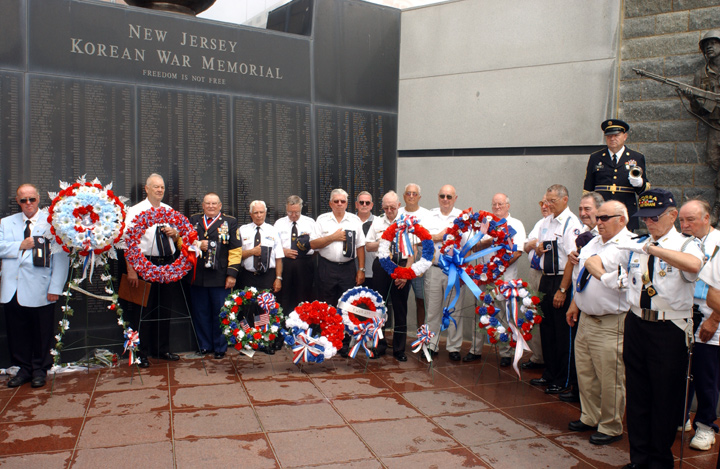 The memorial cost $3 million. J. Tom Carillo, Thomas Jay Warren, and Sarah Maloney were the sculptors and designers behind the memorial. In the memorial you'll see a sculpture of a group of soldiers under fire, a 12 foot tall statue of the "Mourning Solider" clutching dog tags from fallen soldiers, an eternal flame, and a list of the 882 servicemen killed or missing in action.
Every year in July there is a New Jersey Korean War Commemoration/Medal Ceremony. The event is hosted by the New Jersey Korean War Veterans Association in cooperation with the Department of Military and Veterans Affairs. It's a ceremony dedicating the Korean War veterans. Wreath laying and other commemorative events are held at the memorial on the anniversary of the Korean War.

Walk the streets and famous boardwalk near Atlantic City's beaches past historic buildings and monuments.