Presidio Park in San Diego is the site of the first permanent European settlement and the location of the first Spanish mission/fort in California. It was founded by Spanish military leader Gaspar de Portolà in May 1769. Franciscan father Junípero Serra founded the first mission here in early July of that year - the Mission San Diego de Alcalá (in 1774, Serra decided to move the mission six miles eastward to a location that had better water access; please follow the link below to access the entry for that site). The presidio ('fort' in Spanish) served as a base of operations for exploring new routes into the interior of the state and as a military headquarters for southern California. Ruins only remain of the original structures. The building in the park today is the Junípero Serra Museum, which was built in 1929 in the Spanish Revival style. The museum also houses the San Diego History Center. Given its historical significance, the park was placed on the U.S. National Register of Historic Places in 1966 and is a National Historic Landmark, a California Historical Landmark, and a San Diego Historic Landmark. The museum is often confused with the Mission San Diego de Alcalá, which as noted above, is located six miles to the east.

Another view of the Junípero Serra Museum 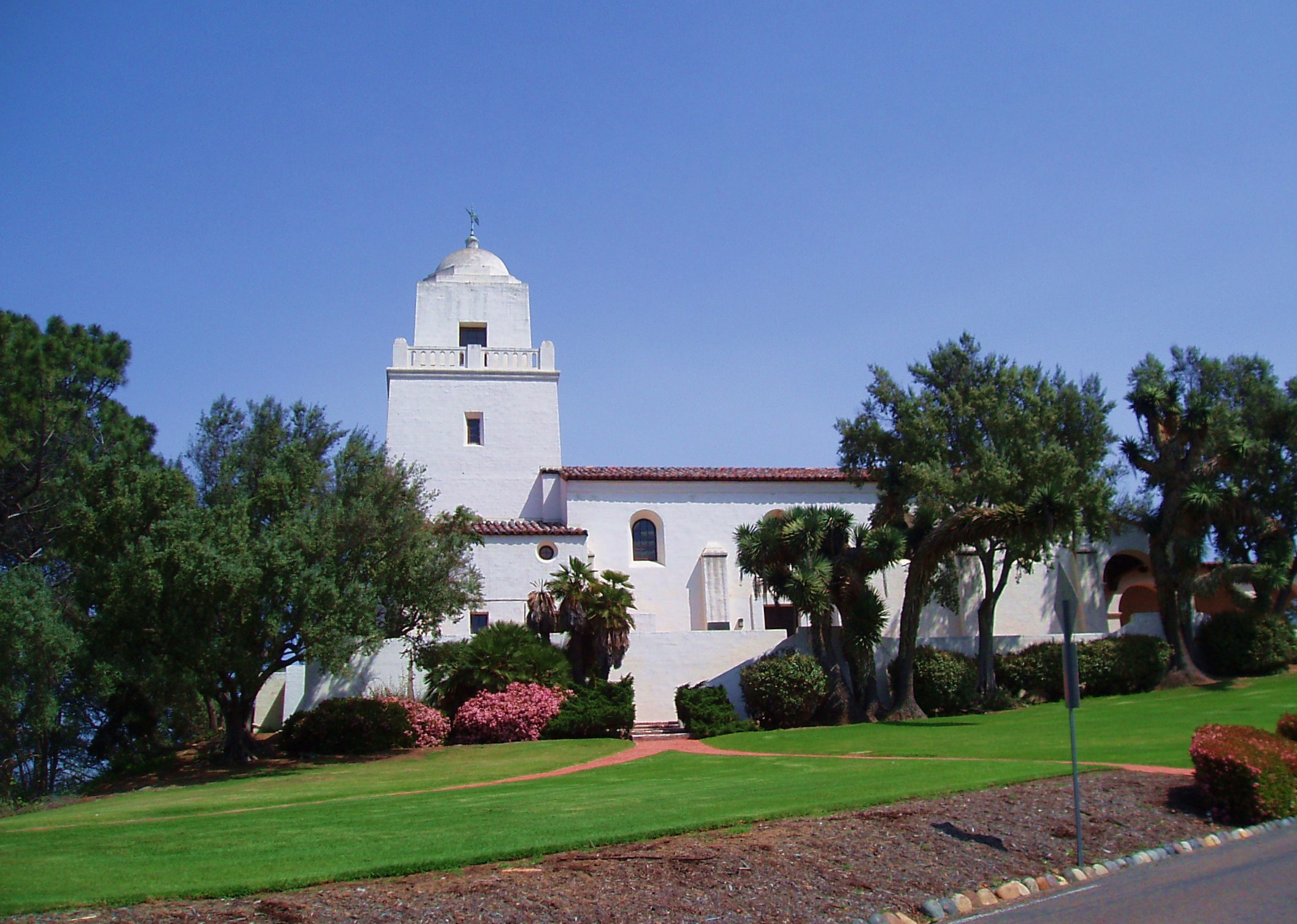 This area of the building is often used for wedding receptions 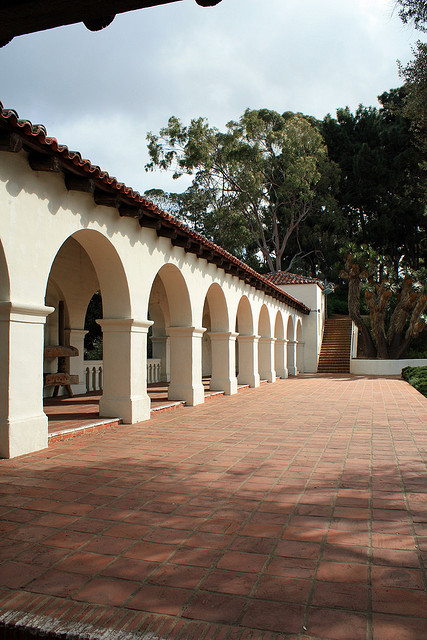 The Presidio served as a Spanish mission and fort until the early 1820s, when Mexico gained control. It became the Mexican governor's residence but was eventually abandoned in the mid 1830s and fell into disrepair. Wealthy businessman George Marston bought the property in 1907 and made it into a park in 1925.