The point, located at the heart of what is now Pittsburgh, Pennsylvania, marks the spot where the Allegheny, Monongahela, and Ohio Rivers meet. The point was once an extremely sought after piece of land due to its convenient location and access to waterways. In 1754, the French took the land from British army Captain William Trent, who was facilitating a trading post on the land, which was, at that point in time, Fort Prince George. The French then built “Fort Duquesne” in honor of the governor-general of New France, Marquis de Duquesne. When the British saw that the French had gained control of the desirable piece of land, they were angered, initiating the tensions of the French and Indian War. After multiple battles over the land, the French eventually pulled out of the fort, leaving it vacant for the British to occupy and renamed it Fort Pitt. 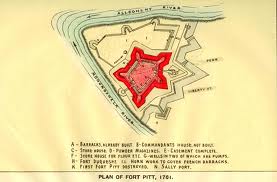 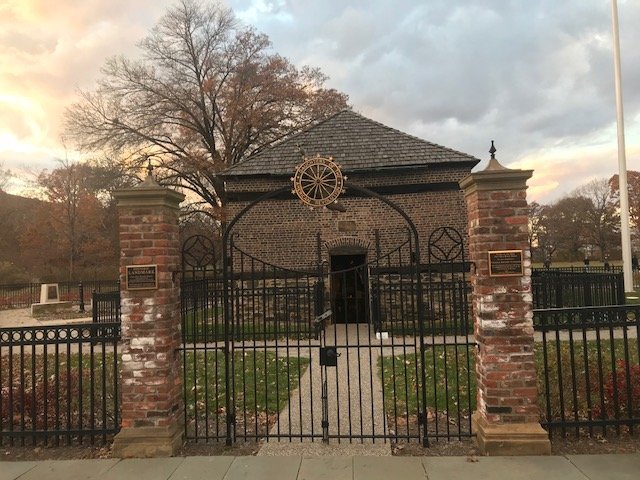 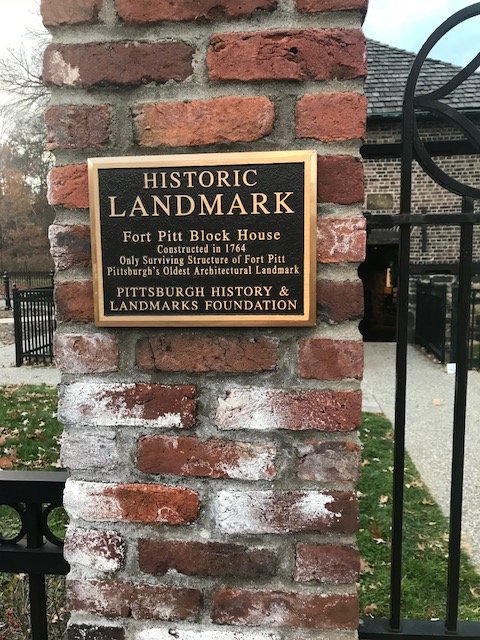 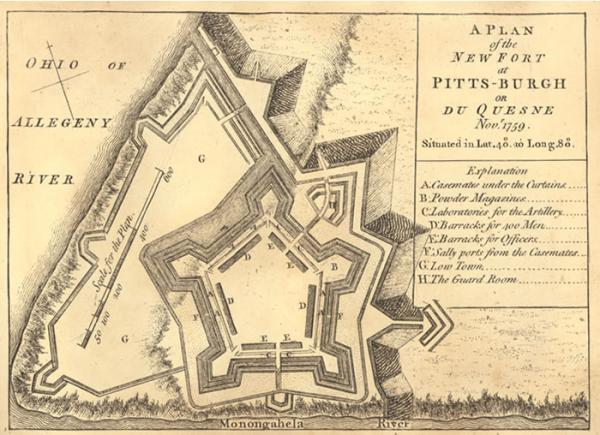 Credit: Courtesy the Pennsylvania State Archives - An artist's rendition of Fort Pitt as it appeared around 1776. 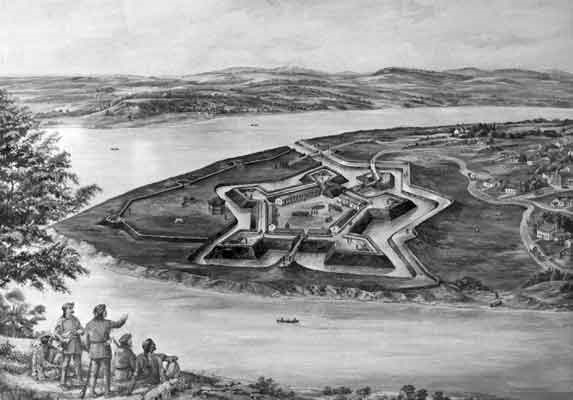 After an order to attain land to build forts for the British, George Washington was sent to tell the French that they were to withdraw from the area.1 The French refused to leave their fort and allowed Washington to report their resistance back to his superiors. The British gave command to General Edward Braddock, along with Washington as his aide-de-camp. The expedition never made it to the fort. They were spotted and attacked on July 9, 1755. Braddock was shot in the lung and succumbed to his wound. With a crumbled morale, Washington suffered one of the British army’s worst defeats at the Battle of the Monongahela.1

On September 14, 1758 the fort was again attacked by redcoat and militia forces. Major James Grant, under orders to scout the area, found the fort to be apparently lightly guarded, and sent a decoy force to provoke an attack which was intended to run into an ambush. However, the French had more soldiers than anticipated, including American Indian Allies1, and overran the ambush. The French repulsed the attack, killing 104, wounding 220, and capturing 18 (including Major Grant), of the 850-man force. The Battle of Fort Duquesne was yet another victory for the French.

Major Grant’s force had been but a detachment from the Forbes Expedition, a 6,000 man force led by General John Forbes sent to accomplish what General Braddock had failed to do with his 2,100 man expedition. The French knew they couldn’t hold Fort Duquesne with the 600 men they had. François-Marie Le Marchand de Lignery ordered the fort razed and abandoned on November 26. The British soldiers who captured the smoldering remains of the fort discovered the heads of Major Grant’s men mounted on pikes along the fort’s walls. They rebuilt it as the largest and most state-of-the-art fort, and renamed it Fort Pitt, and the land "Pittsburgh," after British Prime Minister, William Pitt.1

In 1759, the fort became an important area for fur trade that several groups of Native Americans relied on for materials, although they were not happy that it was being controlled by the British. The British commander-in-chief Sir Jeffrey Amherst, stopped granting diplomatic presents to the native, which angered them, causing an uprising.2

Fort Pitt was laid siege to by Ohio Country natives during Pontiac’s War in 1763 in an attempt to drive settlers out of the region. During negotiations, Fort Pitt’s commander, Captain Simeon Ecuyer gave a pair of Delaware emissaries blankets contaminated with smallpox. Whether this was the cause or merely a contributing factor, during and after Pontiac’s War, between 400,000 and 1,500,000 Native Americans died from smallpox. During the American Revolution, General Edward Hand led 500 Pennsylvania militiamen from Fort Pitt in an intended surprise winter expedition against Mingo towns on the Cuyahoga River being used by the British to distribute military supplies to natives, but turned back due to adverse weather and murdered a number of peaceful Delaware natives.

In 1764, a brick building called "The Fort Pitt Block House" was built in order to aid in the protection of the fort.3 The Block house still stands today, over 250 years later. It is the oldest structure in Western Pennsylvania and is operated by the Fort Pitt Society of the Daughters of the American Revolution.1

In 1772 the British abandoned the fort and it became a privately owned1 trading post of Indian Agent Alexander McKee.3 The British reclaimed the fort in 1774, under governor Lord Dunmore, who changed the name to Fort Dunmore. During the Revolutionary War, the fort served as shelter for troops as well as supplies.1

The fort was the location of the first peace treaty between the United States and Native Americans in September of 1778.

In 1792, the fort was abandoned once again due to its deterioration.1

The fort also serves as an important location in the book "A Narrative of the life of Mrs. Mary Jemison." Mary Jemison gives two specific accounts of the fort, the first comes very early in her captivity and the second comes several years later. In both accounts she mentions contact with other Europeans who were at the fort to conduct trades with Native Americans. Jemison gives an interesting first-hand account of the fort and the business that took place within its walls. Mary saw the fort controlled by both the French and British during her lifetime (1743-1833).