The Green McAdoo School in Clinton, Tennessee, was the community's segregated elementary school for African American children until 1965. The Green McAdoo School deteriorated after its closure, but was reopened as a museum and cultural center in 2006, in dedication to the Clinton 12. The museum, showing in chronological order, displays interactive screens and original classroom settings, which reflect the violent and triumphant events that took place in Clinton, Tennessee. 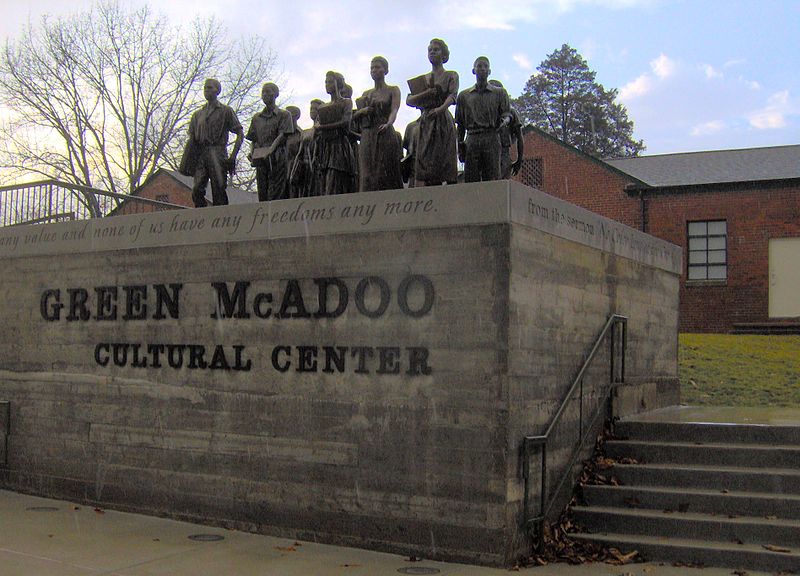 Green McAdoo statue to "The Clinton 12" 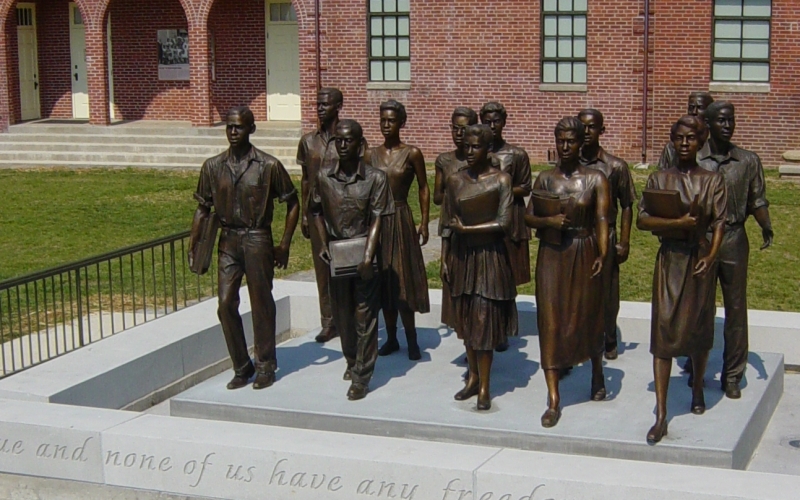 1956 photo depicting some of the members of the Clinton 12 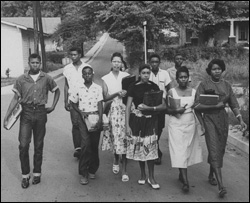 On August 27, 1956, twelve young people in Clinton, Tennessee walked into history and changed the world. They were the first students to desegregate a state-supported high school in the South. Clinton High School holds the honor of having the first Black to graduate from a public high school in the South. The events of that school year and the years that followed are commemorated with the opening of the Green McAdoo Cultural Center in 2006.

Due to the decisions of the U.S. Supreme Court, Anderson County was ordered to end segregation in 1956 because separate but equal was deemed unconstitutional. With Green McAdoo Elementary beginning the meeting point, the students known as the Clinton 12, would travel to Clinton High School in unison. The group of courageous youngsters became the first to desegregate a state-supported high school in the South. Through the efforts of outside anti-integration propagandists, many acts of violence and terror struck the small town of Clinton. In 1958, Clinton High School was destroyed due to a massive explosion, forcing the students to continue their studies elsewhere. Over time with the efforts of the community, both Black and white, the students proceeded with classes in Oak Ridge, and Clinton High School was rebuilt.

Clinton High School soon came to hold the honor of having the first African American to graduate from a public high school in the South. The events were commemorated with the opening of the Green McAdoo Cultural Center on the 50th anniversary of the desegregation in 2006. A life-size sculpture of the Clinton 12 was installed as a centerpiece of the museum the following year in 2007. Later in that year, the documentary, Clinton 12, by Keith McDaniel, as also produced.