Located in Larz Anderson Park, only 10 minutes from downtown Boston, the Larz Anderson Auto Museum is the oldest car collection in the United States and has opened its doors to the public for over 85 years. Housed in an old carriage house built by Larz and Isabel Anderson and designed by famous Bostonian Edmund M. Wheelwright in 1888, the museum offers programs, exhibits, lectures, and tours on 14 cars from Anderson’s original collection, the history of the automobile, and the impact of automobiles on society. The museum is home to the Anderson Motorcar Collection as well as revolving exhibits featuring rare automobiles, automobilia, automotive artwork and vintage fashion. Feature exhibits include Beauty & the Best, Early Days of Motoring, American V Twins, BMW, British, Italian, Yamaha Road Racers, Center of the Gallery, Custom and Drag, Honda, Motorcycle Engine Microcars, Something Different, and Leather & Lace.

The museum is located in an historic and incredibly opulent carriage house and boasts that it holds "America's Oldest Car Collection." 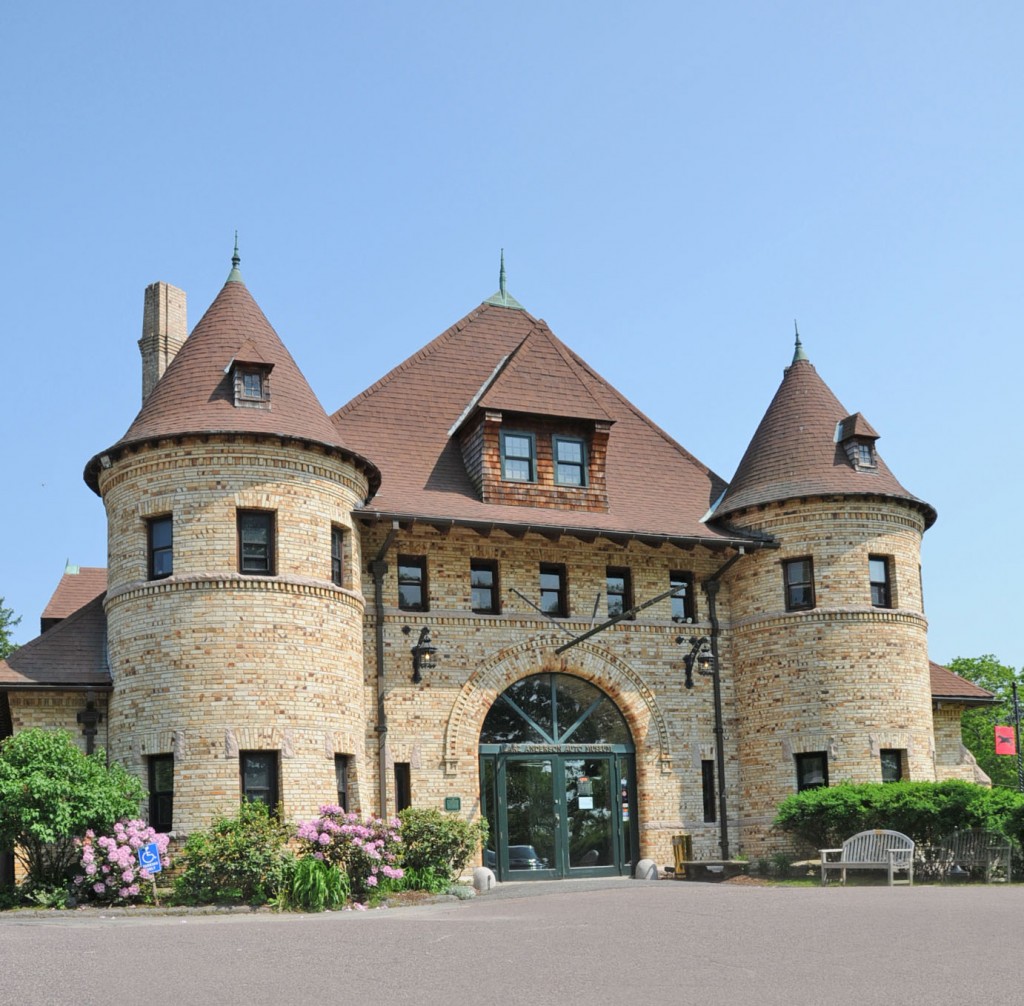 Bostonian Isabel Weld Perkins, born in March of 1876, was raised in the city by the prominent Weld family.  After finishing her education, she traveled abroad and met Larz Anderson, who was serving at the U.S. Embassy in Rome.  The two fell in love and married in 1897; they spent their time between their 3 homes in Washington D.C, New Hampshire, and Brookline, MA.

The idea for the museum grew out of a family Sunday tradition where the Anderson’s would open their carriage house doors and share their collection with the public.  Their famous collection began with their acquirement of an 1899 Winton 4-hp Runabout, grew to include 32 cars, and they continued to collect until Isabel’s death in 1948.  In 1927, the Anderson’s opened the carriage house for tours and their cars have been on display ever since.