The Battle of Rhode Island took place on the 29th of August, 1778 in the area surrounding Portsmouth. Continental Army and militia forces under the command of General John Sullivan has been withdrawing to the part northern part of Aquidneck Island after abandoning their siege of Newport. During the abandoning of the siege, British forces, along with support of newly arrived ships, had begun to attack retreating American forces. Aquidneck Island was then left to British control after Continental forces had withdrawn into the mainland. The battle site covers an area of around 365 acres, much of which has been developed. Most of the battle took place in the area between Lehigh Hill, Almy Hill, and Turkey Hill. Butt Hill Fort, located just north of the battlefied, is also part of the historic site.

A French map of the battlefield 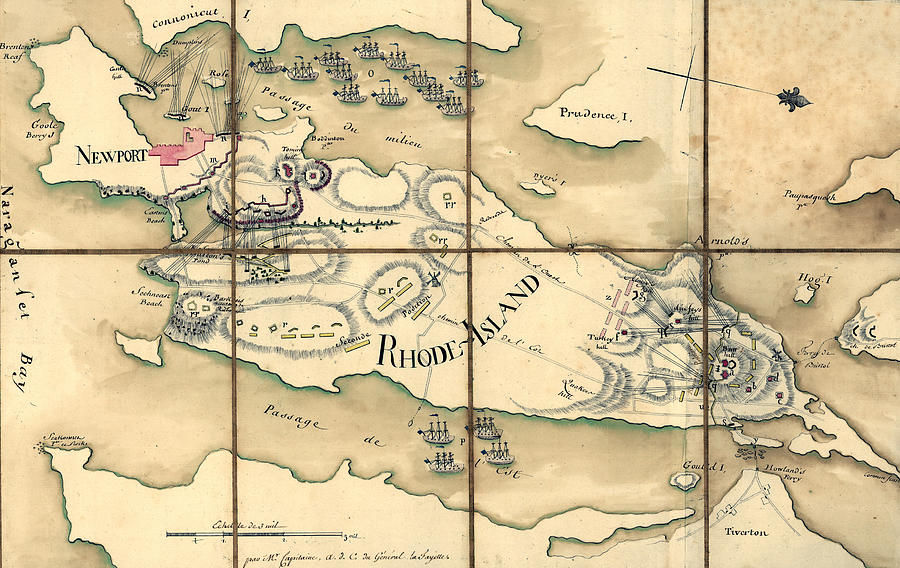 Located in Patriots Park, this monument honors the black slaves and freemen (as well as Native Americans) who fought in the battle in the 1st Rhode Island Regiment. It was the first American regiment to have blacks in its ranks. 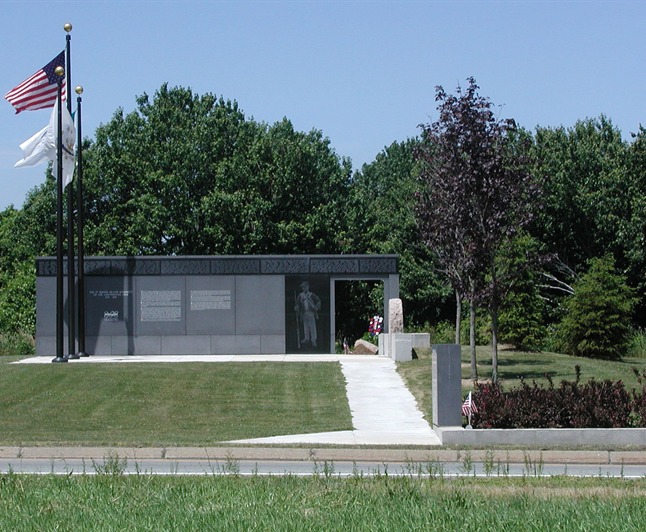 Aware of General Sullivan's preparations to attack Newport, British General Pigot countered by launching an expedition on the 25th of May that raided the two Rhode Island towns of Bristol and Warren, destroying military supplies and ransacking both towns.  Sullivan had then responded to this by making urgent requests for assistance. On July  17th, Washington had wrote Sullivan ordering to raise 5,000 troops for operations against Newport. Sullivan would not receive this letter until the 23rd of July, followed by the arrival of Colonel John Laurens the following day with news that Newport had been made an allied target  just the day before and that a force as large as possible should be raised.

Soon after news of French involvement had been made known rallying support for the attack on Newport. Militia has began to stream into Rhode island from surrounding states. Half of the Rhode Island militia along with large numbers of militia from New Hampshire and Massachusetts went to Rhode Island to join the effort. On July 27th Washington then sent Major General Nathanael Greene to assist Sullivan with the operation.

Almost a month later on August 22nd the French forces had retreated to Boston sending anger through the American ranks. On the morning of August 28th, the American war council had decided to withdraw troops from siege camps. General Pigot had been made aware of the American plans of withdrawal on the 26th of August and had prepared to respond to the withdrawal that night. Then on the night of August 30th Continental forces withdrew to Bristol and Tiverton leaving control of Aquidneck Island to the British.