Founded in 1961 by Brandeis University, the Rose Art Museum works to collect, preserve, interpret and share the modern and contemporary art with Brandeis students and faculty, as well as the general public. The museum features several exhibits and a permanent outdoor sculpture entitled Chris Burden’s Light of Reason, as well as educational opportunities for researchers, students, and faculty. The Rose Museum also offer a variety of programs, tours, lectures, and panels that feature artists. Of course, the biggest attraction at the museum is its collection of 8,000 pieces Highlights of the collection include works from the 1960s and 1970s, including artists like Jasper Johns, Andy Warhol, and Morris Louis.

Rose Art Museum includes a permanent collection of eight thousand works and provides special programs and exhibits throughout the year. 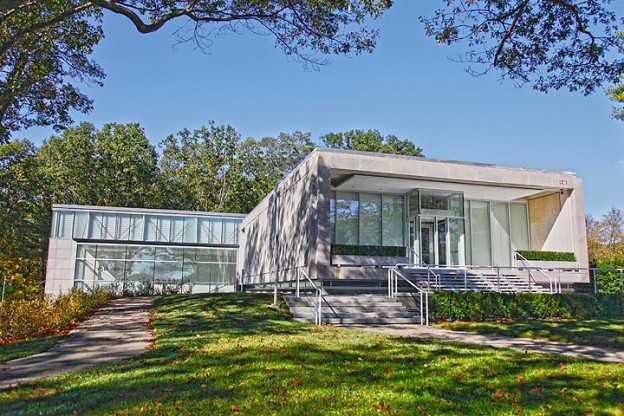 The museum was made possible by the generosity of Edward and Bertha Rose who donated money to establish the collection. The first director of the museum came to Brandeis from the Museum of Modern Art in New York. This relatively small museum is able to offer numerous exhibits and programs during the year, but has seasonal hours that correspond to the university schedule. However, the fact that the museum is still open is the result of a tremendous effort on he part of university alumni who responded generously after plans were announced to close the museum in 2009 as part of a plan to reduce the university's operation budget. The museum closed for a short time but reopened in 2011. Two years later, it was named as one of the most beautiful college art galleries.