The 1761 Milestone is the only remaining evidence of the colonial highway in Woonsocket, Rhode Island and one of the few left in the state. It marked an important intersection where the highways from Providence to Mendon, Massachusetts and Boston to Connecticut converged. It is inscribed with the words: "...Miles to Boston 1761." It is believed that the Daughters of the Revolution moved the milestone to its original location in 1898 (a plaque commemorating this event is attached to the stone). Given its historical importance, the stone was placed on the National Register of Historic Places in 1982. 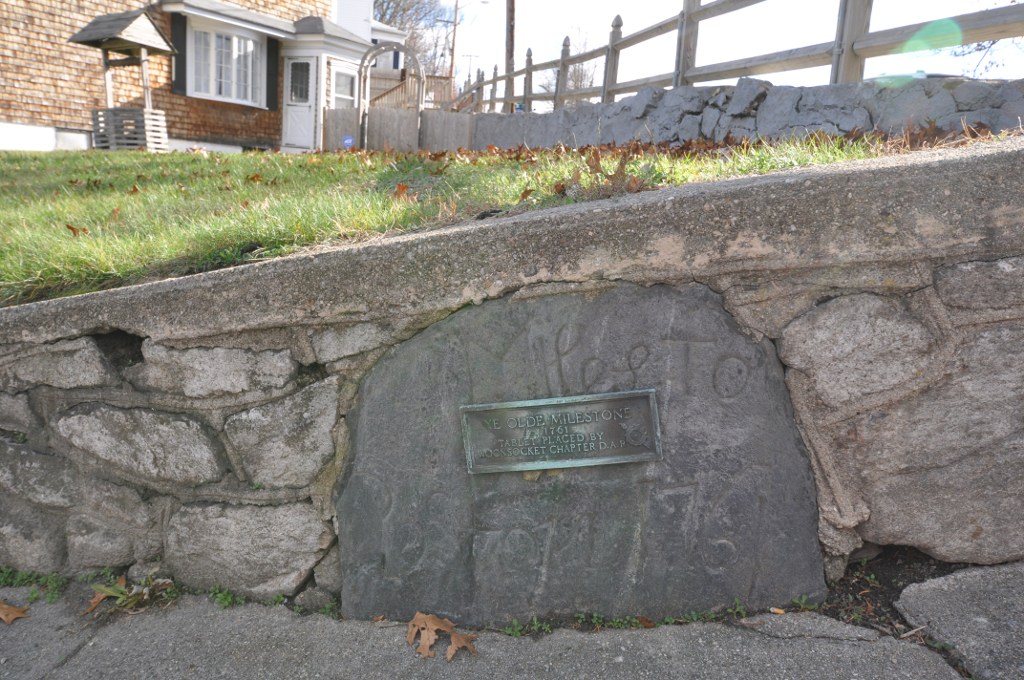