The Jefferson Barracks Military Post is just slightly south of St. Louis, Missouri, and is the eldest serviceable military establishment to the west of the Mississippi River. In its beginning in 1826 Jefferson Barracks was the U.S.’s pioneer Infantry School of Practice. It was named after Thomas Jefferson who previously passed away in 1826 and its location was property Jefferson had received when the Louisiana Purchase was made. This fact made it clearer that the post should be named after Jefferson. 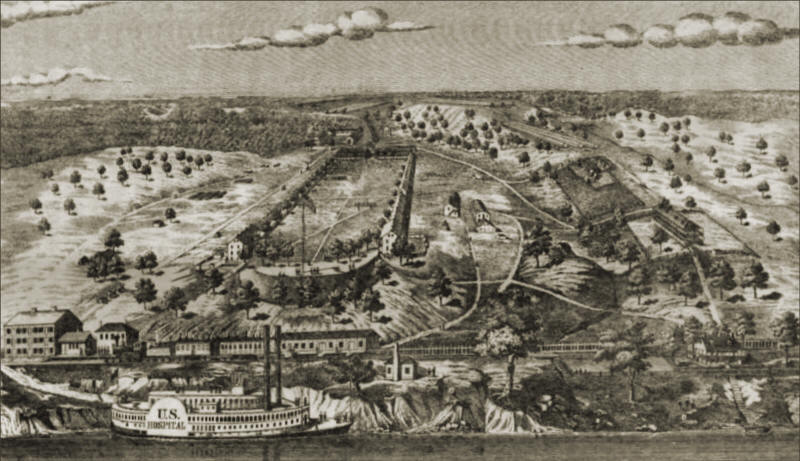 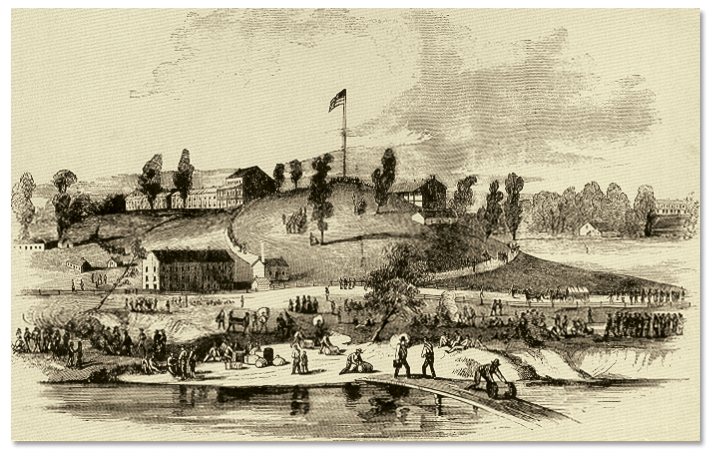 The military post was mainly one that observed the move to the uninhabited west, and to help keep the people moving safe.  In the beginning of this move it was not uncommon for soldiers here to have to resolve conflicts between the Native Americans and the people moving west.  These soldiers too participated in the Black Hawk War of 1831-1832.  This revealed just how vast the western land was and that the Army was unprepared to take care of it.  The war led to the creation of the United States Regiment of Dragoons at the post in 1833.  The soldiers in this group rode horseback and were capable of trekking many miles quickly.  They were named as the pioneer and eternal cavalry group in the U.S. Army.

When the Civil War began in 1861 several now historical, significant people involved in the war had spent some time here when they were members of the Federal Army.  Among these people were about 220 Civil War Generals including Union Generals Ulysses S. Grant, William T. Sherman, Philip Sheridan, Winfield Scott Hancock and Montgomery Meigs.  On the side of the Confederacy who were stationed here prior to the war were Generals Robert E. Lee, James Longstreet, Albert Sidney Johnson, Joseph E. Johnson and Braxton Bragg.  President Zachary Taylor and Confederate President Jefferson Davis had also been assigned here. In 1861 the soldiers here backed up the Union’s war mission in the west.  However, because of more sickness and injuries, the military character of the post became less significant in March 1862 to create more room for medical assistance for the Army Medical Department and Western Sanitary Commission.  There was already a medical facility here but the General Hospital was created in April 1862.  In summer of this year it was expanded to host 2500 people.  Occasionally Jefferson Barracks was taking care of more ill and injured troops throughout the Civil War compared to similar medical facilities in the country.  Many of these troops’ final resting places ended up being here as well.

Other than miniscule infantry units garrisons, Jefferson Barracks was close to being deserted after the Civil War.  Beginning in 1891, Jefferson Barracks was worked on and structures created out of St. Louis brick were built.  This had to do with the campaign of the U.S. military to change itself into a stronger element.  With this change, the 38th and 49th Infantry Regiments were assigned there.  With this, the post was place under the possession of the Department of Missouri and named a significant location for the infantry.  During the Spanish American War in 1898, the post was one of the most essential locations of where soldiers joined the war in the U.S.  Its significance continued into the World Wars too.  In WWII it was the pioneer and biggest Army Air Corps preparing location in the country as well as yet again being a popular place to gather troops to fight.  A German Wehrmacht and Royal Italian Army prison camp was made, which held many people.

Once WWII was over the post was demilitarized because of disarming and there was more attention being drawn to the Cold War.  Jefferson Barracks County Park was made by St. Louis County who gained possession of the post in 1960.  It was added to the National Register of Historic Places in 1998.  The Missouri Civil War Museum was decided on in 2002, bringing some life back to the post.  There are many other structures being transformed into museums to add to the history of Jefferson Barracks.  Today the Missouri Air National Guard and Army National Guard are located here and take up most of the original post.1