Fort Adams was established in 1799 in Newport, Rhode Island and served as a vital part of the eastern coastal defense system until 1950. It was active during the Mexican-American War, the Civil War, the Spanish-American War, and World Wars I and II. In the years prior to the Civil War, advances in artillery and General Joseph G. Totten’s innovative ideas made Fort Adams one of the most advanced structural defenses in the country. The fort has been operated by the Fort Adams Trust since 1994 and is open to the public. Fort Adams (also known as the Fort Adams Historic District) was added to the National Register of Historic Places in 1970 and was designated as a U.S. National Historic Landmark District in 1987.

A closer view outside of the fort 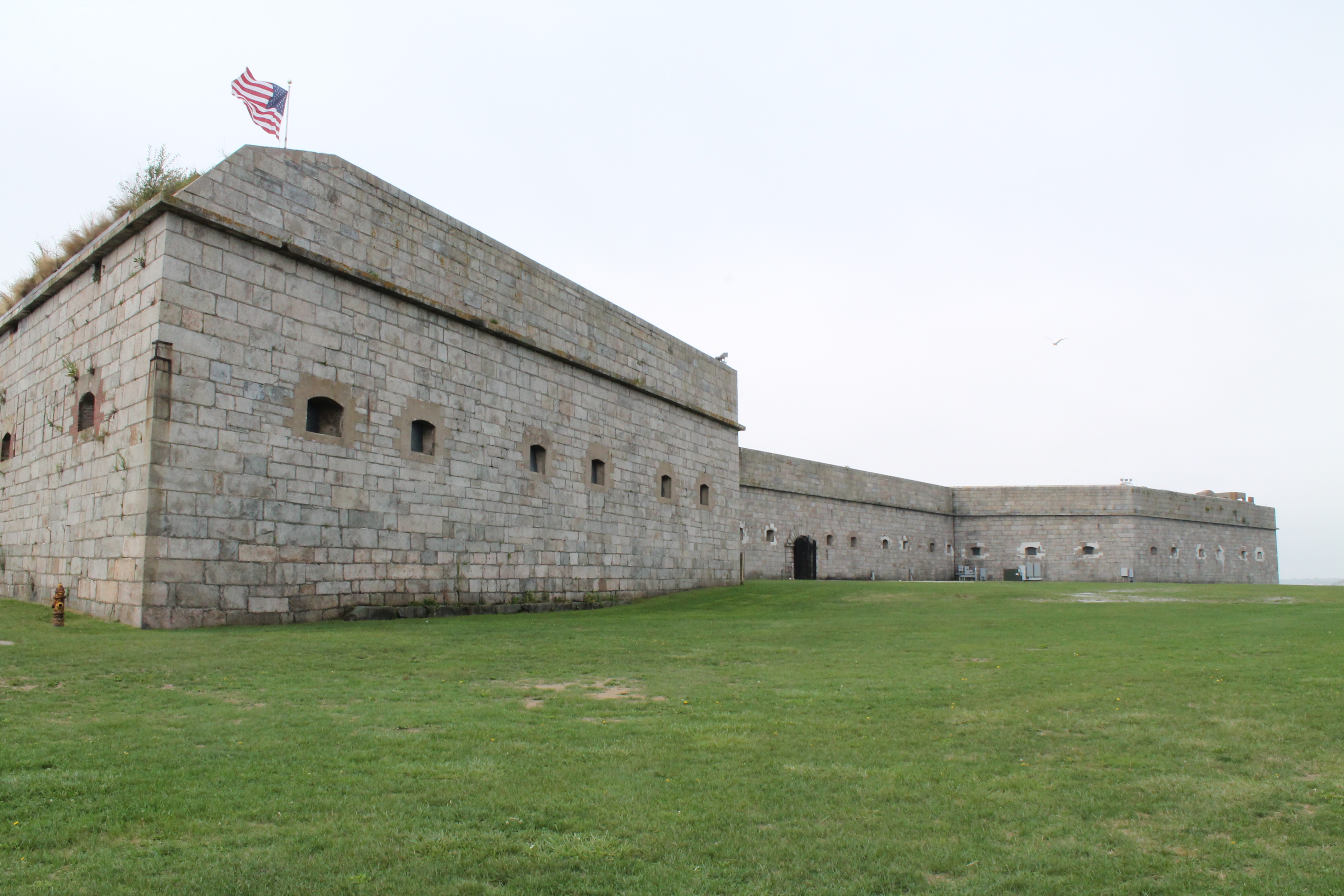 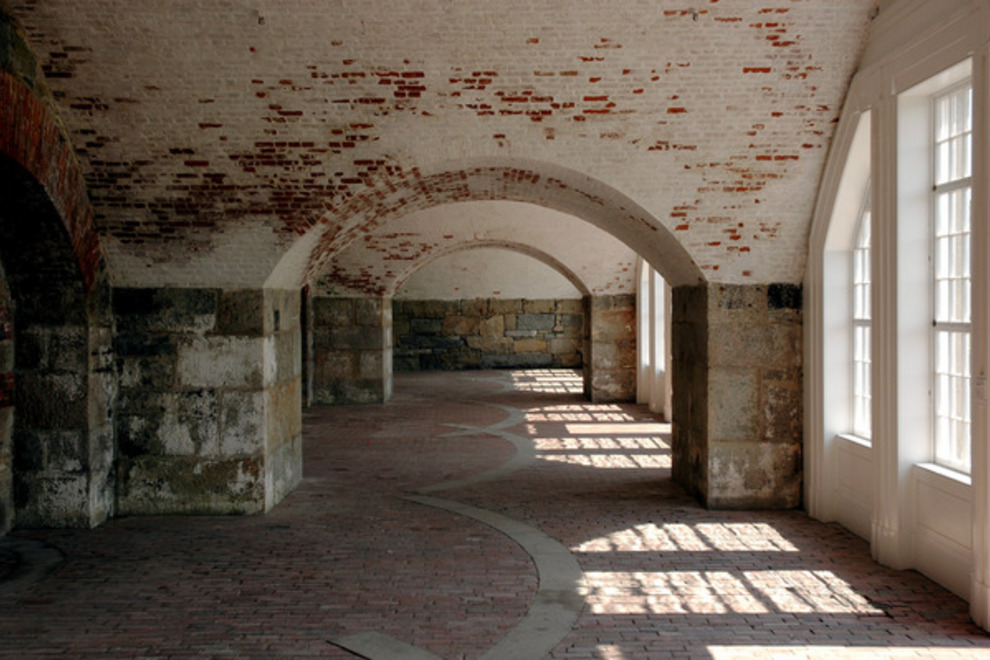 The colonial-era residents of Newport, Rhode Island were faced with a dilemma.  They had this beautiful bay for their wharves and boats which was important to their merchant traders. However, the land jutted out and was left vulnerable to enemy forces on multiple sides.  Very few of the plans to secure the waterway from enemy ships had truly come to fruition or had been successful until Fort Adams’ construction.  The first weak defense was built early in the eighteenth century and called Fort Anne (renamed in 1730 for King George). Cannons were placed on Goat Island in the harbor.  The fort soon fell into disrepair. Work began to fix the fortification and new artillery was added.  In addition, watch towers were constructed at several crucial entry points in the harbor.  As the threat of war loomed in the early 1770s, the Continental Congress urged the colonies to protect their harbors.  The town of Newport built new fortifications in 1776 in anticipation of the British threat. The defenses that they had raised proved no match for the British armada.  During the Revolutionary War, Newport had been occupied by British forces who further reinforced Newport’s defenses.

After the Revolutionary war, the citizens of Newport abandoned their defenses and let them fall into decay.  Eventually, they determined that there was a definite need for a new, stronger fortification.  The new fort was built in 1799 and had seventeen cannons.  A French officer, Major Louis Tousard, was put in charge of the new Fort at the mouth of Newport’s harbor. Tousard had also designed another layout at Old Breton’s Point which pointed twenty guns over the East Passage.  The citizens celebrated with an elaborate ceremony on the Fourth of July in 1799 to open this new fort. It was officially christened as Fort Adams in honor of President John Adams. Major Tousard addressed the crowd at the ceremony.

After the War of 1812, it was decided that a much larger fort was needed. The earlier fort had already seen serious decay over the years. The U.S. Army created a board of three military engineers to manage the construction of the new fort: Brigadier General Joseph G. Swift, and Lieutenant Colonels William McRee and Joseph G. Totten.  They added a distinguished French engineer, Simon Bernard, to aid the Americans.  Bernard had previously worked for Napoleon Bonaparte.  However, both Swift and McRee were angered that the U.S. Army, apparently not having full confidence in its own men, hired Bernard so they resigned from the Board. Their departure left Totten and Bernard in charge of the Fort’s reconstruction. Over the next several decades, the new fort was slowly built and was completed in 1857. Weapons upgrades continued through 1950. The fort garrisoned 3,000 soldiers at its peak during World War II but by the end there were only 500 soldiers remaining. Soldiers were stationed at Fort Adams for a total of 125 years (1824-1950).  In 1953 the Army transferred the base to the Navy. In 1965, the fort and most of the surrounding land were given to the state of Rhode Island and the Fort Adams State Park was established. The fort was neglected for a few years. Restoration efforts didn't begin to take place until the 1970s then again in the 1990s. The Newport Jazz Festival has been held on the grounds since 1981. In 1995, the Fort was opened for public tours.  The tours run daily, once every hour from 10:00 AM to 4:00 PM, but only during the summer months (end of May through Columbus Day).