Benjamin Lundy and the Genesis of Universal Emancipation, 1822-1824

An undated portrait of Benjamin Lundy 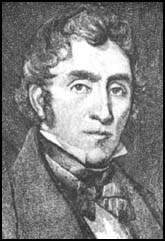 "Here from 1822-1824 Lundy, a Quaker, published the "Genius of Universal Emancipation," a small monthly paper devoted exclusively to the abolition of slavery. While here he also published a weekly paper, the "Economist and Political Recorder." 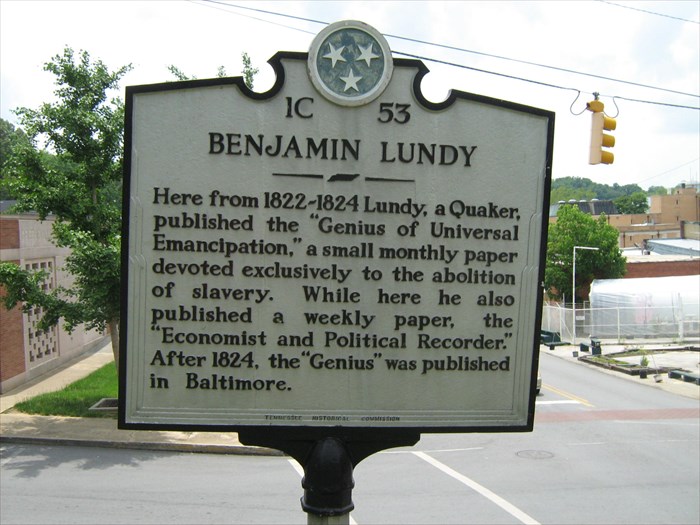 Benjamin Lundy was born to Quaker parents in 1789 in Hardwick Township, New Jersey. In 1808 he moved to Wheeling, Virginia (now West Virginia) to pursue a career in saddle-making. Due to Wheeling being an important headquarters for interstate slave trade, Lundy had many experiences and contacts with slavery. In 1812 he finished his apprenticeship, got married and moved to Saint Clairsville, Ohio and set up a business that was profitable.

Between 1815-1816, Lundy organized an anti-slavery association known as the Union Humane Society. At its peak, the society had 500 members. At this time, Lundy was published in Charles Osborne's The Philanthropist, a reform newspaper. Lundy wrote about abolitionism. From 1819-1820, Lundy traveled to St. Louis, Missouri to participate in the slave debates in that territory. Returning to Ohio, Lundy began the first publication of his Genesis of Universal Emancipation in 1821, in Mount Pleasant, Ohio. The Genesis was a fierce anti-slavery newspaper. The paper went from monthly publications to weekly publications.

While continuing the publishing of the paper in Ohio, Lundy also got in contact with abolitionists and anti-slave groups in eastern Tennessee, a major hub for anti-slave activity (one-fifths of all abolitionist groups were located in eastern Tennessee), and was able to have his paper published out of Greenville from 1822-1824.While in Greeneville, Lundy joined the Humane Protecting Society and became president of the Greeneville branch of the Tennessee Manumission Society. From there, it was also published in Baltimore, MD, Washington D.C., Philadelphia, PA and was circulated in over 21 states. The paper is regarded in being crucial to keeping anti-slavery sentiments alive in Tennessee, Kentucky and North Carolina. It was in Baltimore, where Lundy received funding from New England abolitionists societies that allowed him to move his family and paper to a new location.

"From the columnns of his newspaper, Lundy had always advocated gradual emancipation and colonization as the most effective methods to end slavery. In 1825 he presented a formal plan for the 'Gradual Abolition of Slavery in the United States without Danger or Loss to the South', a plan very similar to the work of Francis Wright at Nashoba in Tennessee. Dissatisfied with the lack of interest in his proposal, Lundy traveled to Haiti in the summer of 1825 to look for possible colonization sites. While he was there, his wife died giving birth to twins. On his return, Lundy placed the infants and his three older children with various family members and continued his abolition work."1

In 1829, Lundy brought William Lloyd Garrison in as a partner editor to the Genesis. However, the two had a falling out when Garrison, the immediate emancipation, free soil abolitionist, clashed with the gradual emancipation and colonization, Lundy. While in Mexico for colonization research, Garrison published articles deemed to radical. Lundy brought Garrison to court for criminal libel, fined Garrison and Garrison was imprisoned. The clash with Garrison saw a decreased in subscriptions to his paper alongside the hostility of the pros-slave residents of Baltimore, causing Lundy to cease publications in 1829.

Failing to move headquarters to Washington DC in an attempt for republish the paper, Lundy moved to Philadelphia and in 1835 he republished Genesis for one issue before ceasing publications again. From there he edited an abolitionist newspapers for a few issues: The National Enquirer, which later became the Pennsylvania Freeman.  He would go on to move to Illinois to be closer to his surviving children. In Illinois from 1838 until his death a year later, he republished Genesis for several issues.

He is largely regarded as the first man to deliver anti-slavery lectures in America.

Besides Haiti, Lundy traveled to the then Texas Republic and Canada for his search for suitable location to colonize black slaves.