Also known as the Mitchell-Foster-Young House, the George Wright Young House is believed to be one of the oldest domestic structures still standing in Lafayette County. Originally built as a single room cabin in 1850, the house is a testament to the architectural style of log farm houses during the antebellum period. The home was expanded in 1875 to two rooms and again in 1900 to four rooms. The site was listed on the National Register of Historic Places in 2007.

Built in 1850, the George Wright Young House is considered to be the oldest structure in Lafayette county 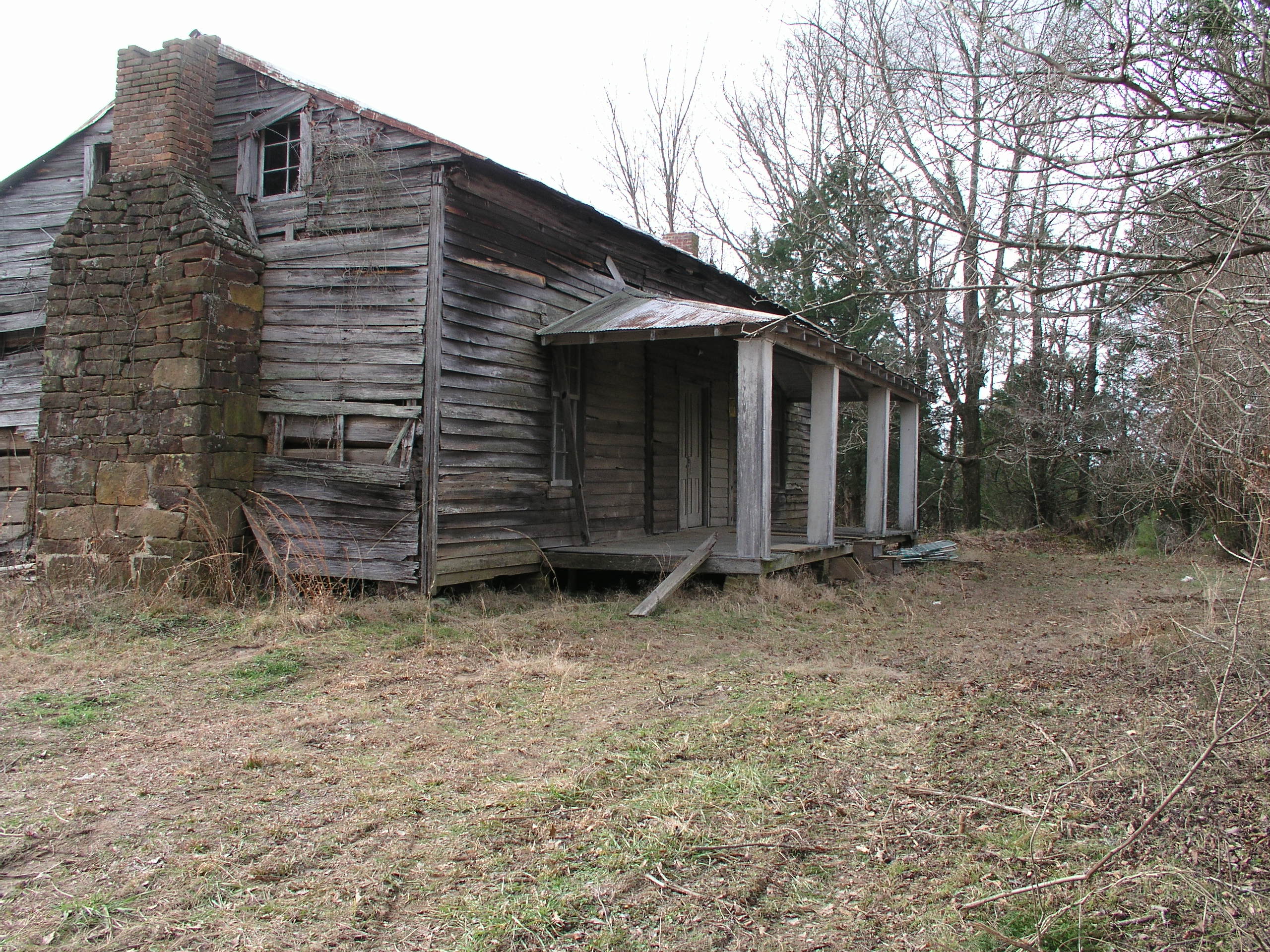 The original northeast corner of the cabin 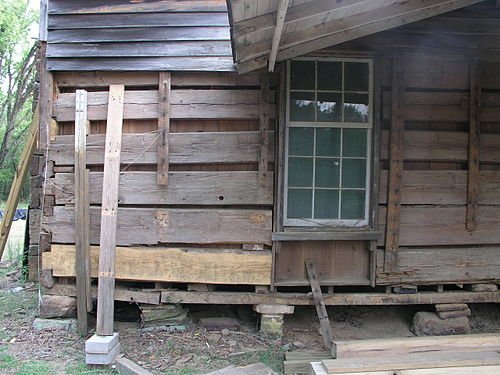 A picture showing the replacement of several logs 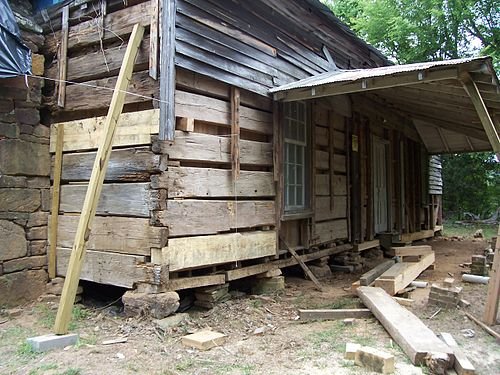 The George Wright Young House is an important historical landmark located in Oxford, Mississippi. The house is significant today because of its construction style and the way it was enlarged over time. The house was constructed with indigenous materials, and the structure was continually added to in order to make it better suited to the needs of those occupying it. According to the National Register of Historic Places Nomination Form,

"The property was originally deeded through a grant in 1839 by President Martin Van Buren to Benjamin M. Mitchell."1

Mitchell then sold the home and property to Catherine M. Foster in 1847, and and the next owner was Henry Slaughter, who purchased the home in 1894. In 1900, Edward Henry Harrison Woodard bought the property. Woodard's daughter Claudia was married to George Wright Young and they lived on the property, working the farm and raising three children.

Claudia's father passed away in 1905, and Claudia followed him soon after in 1908. Never remarrying, George remained at the home until 1942, when he had to leave the premises due to his poor health. George passed away in 1949.

George's children then rented the house until the early 1950s. Once they decided to stop renting the property, the house was closed. The house has remained unoccupied since about 1951. The structure is historically prized because it is

"a wonderful example of [an] early turn-of-the- century farm house."1