Bidwell Mansion State Historic Park is the site of a historic home built by John Bidwell in Chico, California. The house was designed by Henry W. Cleaveland in the Italianate Revival style and completed in 1865. Bidwell and his wife, Annie, were prominent members of Chico during the mid-to-late 1800s and their house was a center of social and cultural life. The Bidwell's hosted several well-known people including John Muir and General William Tecumseh Sherman. In addition to the mansion, the park features a visitor center, a carriage house, and a gazebo. The mansion was placed on the National Register of Historic Places in 1972. 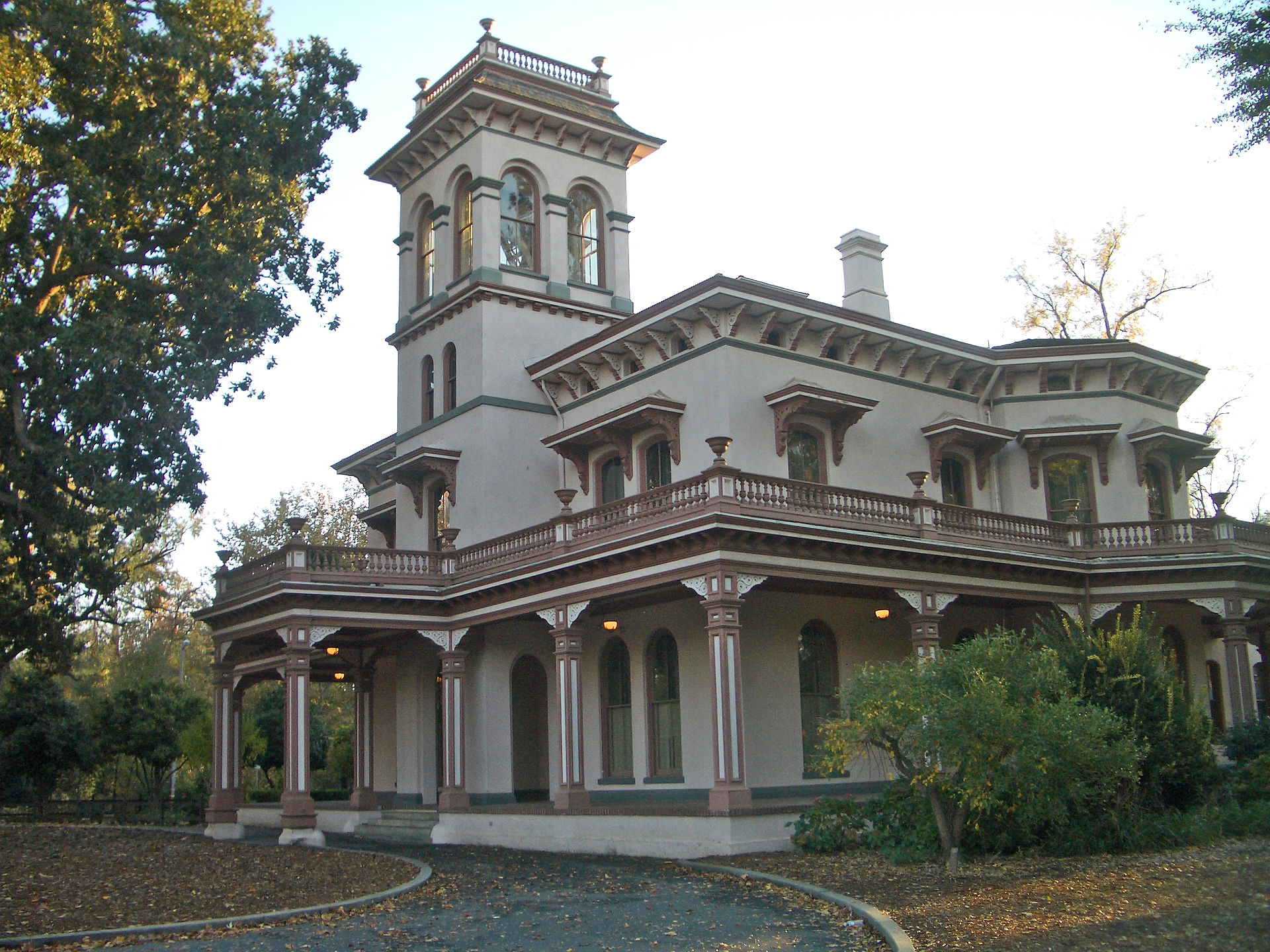 John Bidwell was among the first settlers to traverse the Sierra Nevada mountains into California in 1841. He worked as a business manager for a prominent family and eventually began building his wealth on the gold that he found. He served many roles in his life. He was a businessman, pioneer, farmer, politician (he was a California Representative in Congress in 1865-1866), and philanthropist. John helped write the legislation that would authorize the completion of the California and Oregon railroad. Annie was the daughter of Washington politician and was actively involved in the suffrage and prohibition movements. John passed away in 1900 and Annie in 1918.

From 1919-1921 the house was owned by a Presbyterian Church. It then became a California Normal School. The State of California acquired the mansion in 1964. It is not clear if the park opened as a museum at that point.

The Visitor Center is open Saturday - Monday 11 AM to 5 PM (Closed Tuesday-Friday).