This local history museum is dedicated to the experiences of African Americans in upstate New York. Reverend Edward Nash was a leading member of Buffalo's African American community and pastor of the Michigan Avenue Baptist Church. As a leading member of the Urban League, NAACP, and the Western New York Association, Nash worked with African American leaders and helped to establish several NAACP chapters throughout the region. The home was listed on the National Register of Historic Places in 2007 and serves as a local history museum. The museum displays books, manuscripts, microfilm, and other items related to Nash's life. 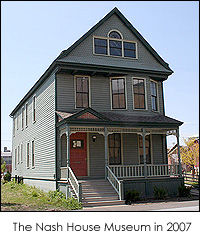 An early picture of the home of Reverend Nash 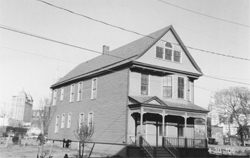 The museum's holdings include this booklet about Buffalo history that was published in 1932. It is one of only four remaining copies. 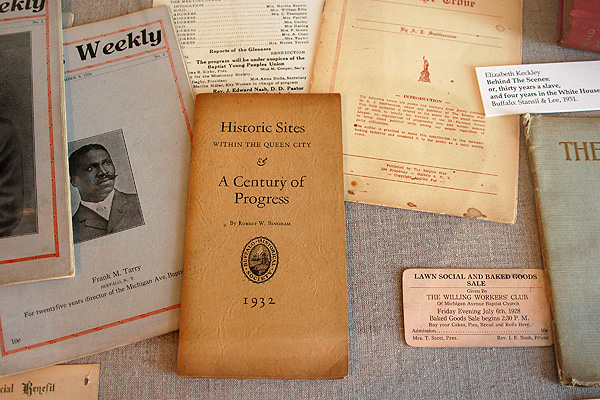 Edward Nash was born in Occoquan, Virginia in 1868. His mother and father were freed slaves. They moved from Virginia to New York.  At an early age Nash already he had numerous jobs. He was a Blacksmith, mason, and even a boatman. He was also involved in the church community and eventually became a minister at the age of 18. A few years later, he was appointed Minister of the Michigan Avenue Baptist Church at the age of 24 in 1894. He then moved his family to Buffalo where he became a prominent figure in the area.

As the new Reverend at Michigan Avenue Baptist Church, Nash became acquainted with the area and joined the local chapter of the NAACP where he started working on political issues regarding the advancement and mistreatment of African Americans and the community. His contribution to the NAACP and other organizations helped shape his future. His positive influence in the community helped many African Americans to open up businesses in the area as well. He was respected by many including white political leaders such as the mayor. He also became involved with great African American leaders as well, including Booker T. Washington. Nash continued to work until his retirement. He helped to better the community and established great changes that are remembered today.

He helped to establish the other branches of the NAACP. He was also a founding member of the Urban League and a member of the Western New York Association. His political involvement in the community did not go unnoticed. He received the Brotherhood Awards from the National Conference of Christians and Jews in 1954. Other recognitions included an honorary membership into the American Federation of Musicians and a life membership in the N.A.A.C.P. Nash died in 1957. His wife continued to live in the home until her death in the 1980s. The home then became a museum in 2007.

Crisscrossing the heart of Buffalo in a mostly north to south pattern, this tour aims for efficiency as it takes the user to over two dozen landmark buildings, monuments, museums, and other sites that collectively help to tell the story of Buffalo.

This three-mile walking tour starts at the Old Post Office and St Paul's Cathedral and makes a loop through the heart of Buffalo. The tour works its way west and north with stops at landmark public buildings, early 20th-century theaters, former department stores, historic hotels, and other downtown landmarks. The tour turns back and returns near the starting place, concluding with Michigan Street Baptist Church and the Nash House Museum.