United States Army Sergeant Cornelius H. “Connie” Charlton, of Company C, 24th Infantry Regiment, 25th Infantry Division, died in a series of heroic charges up Hill 543 near Chipo-ri, Korea. Receiving mortal wounds from enemy fire and grenades, Charlton took command of his company after the commander had been evacuated due to injuries. In a series of three charges up the hill, and one final charge down the other side, Charlton was mortally wounded. He was awarded a posthumous Medal of Honor for his heroism and leadership. The I-77 bridges which cross the Bluestone River were dedicated to his honor. 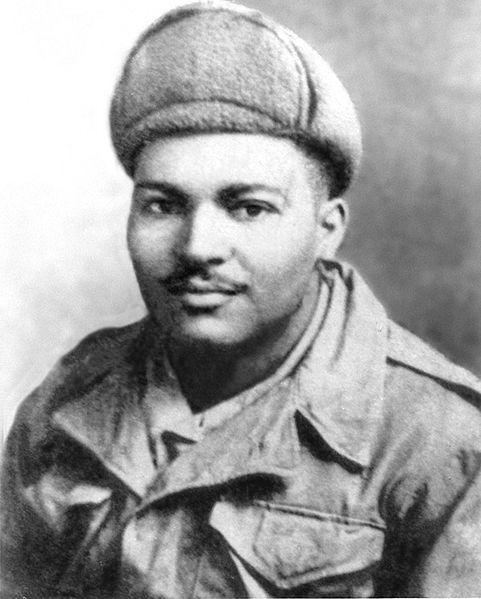 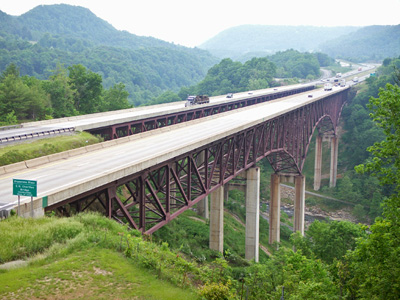 Cornelius Charlton, born in Eastgulf, West Virginia in 1929, grew up in a coal mining family until his family moved to the Bronx in 1944. After graduating high school, Cornelius enlisted in the Army. While in the Army, he served in the German occupation, doing administrative work, until he was transferred to Korea in 1950. There he started out in an engineering group well behind the lines of action. Cornelius requested to be transferred to an infantry regiment, the only remaining Black regiment in the Army – the 24th Regiment.

On June 2, 1951, while attacking Hill 543 near Chipo-ri, the platoon leader was injured and evacuated. Being a Sergeant, he took command and led his platoon up the hill. It took three charge attempts, pinned down and discouraged after each time, before they finally crested the ridge. By this time he was severely, if not mortally wounded in the chest from gunfire and grenades. On the other side of the hill, where the fire was coming from, Charlton alone charged the communist Chinese forces, killing as many as six, and routing the rest, before he received the final blow from a grenade.

Charlton received the Medal of Honor on January 24, 1952, after his death. He was buried in a family cemetery near the State line in Mercer County. Due to neglect, his grave was lost for decades before it was found and (with family permission) was moved to Raleigh County where he was born. In his honor, the I-77 Bridge is named after him, as well as the USNS Charlton, and a Bronx park.