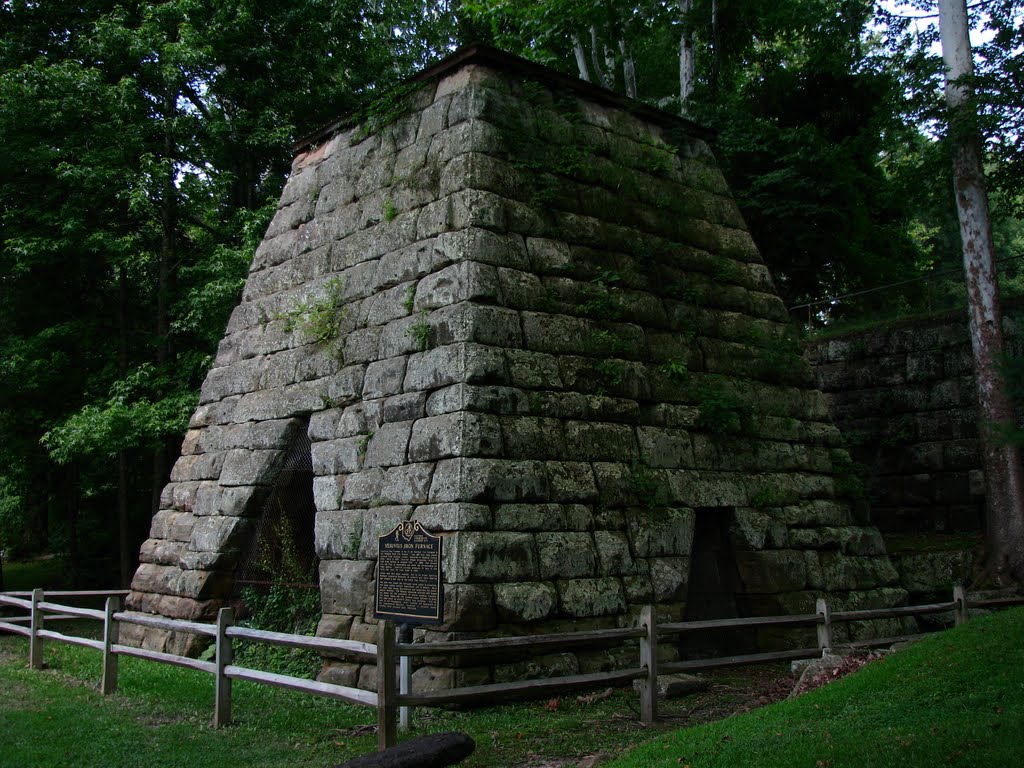 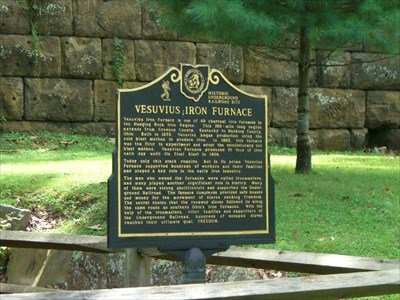 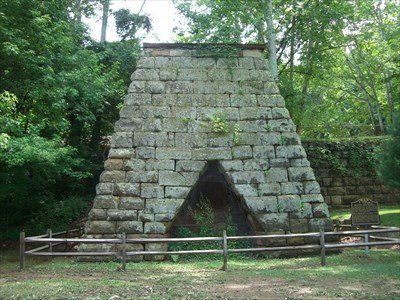 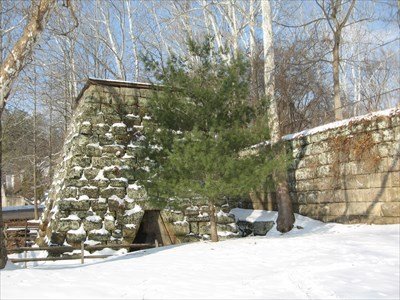 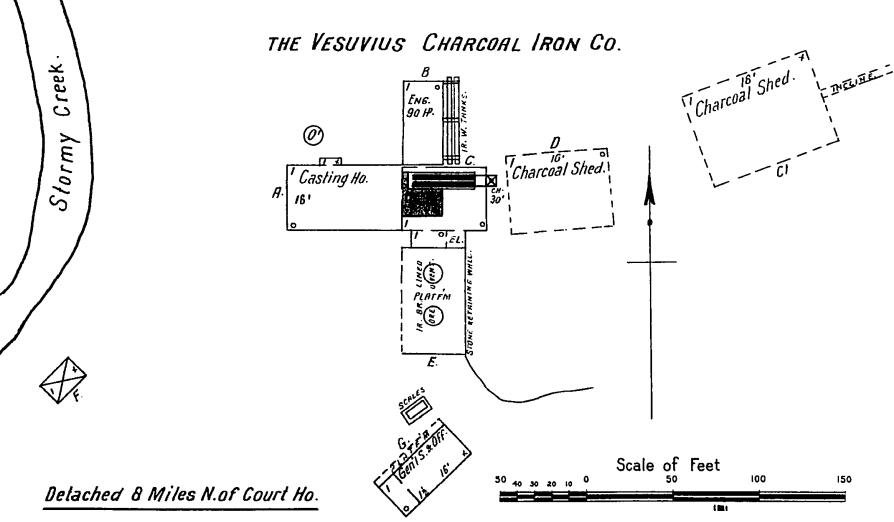 Named for an Italian volcano, the Vesuvius Furnace was built in 1833. The rock chimney, constructed without the benefit of mortar, is only a small part of the operation that once produced iron here. On most sites, there are two levels. A storage yard was built on the upper level, even with the top of the chimney. The lower level was 35-40 feet below at the base of the chimney. The storage yard had numerous sheds containing charcoal (which had to be kept dry) and great piles of iron ore and limestone. The lower level was the casting house, the scale house, and carpenter and Blacksmith shops.

At the height of its glory, the Vesuvius Furnace was a leading example of ingenuity and efficiency. Under the direction of William Firmstone, the furnace pioneered a new technique to reduce heat requirements and increase production of "hot blast" furnace systems. During the Civil War, the Hanging Rock Iron District was one of only three places capable of producing the high-quality iron needed for heavy cannons. Other armaments, as well as pots, kettles, wagon wheels, and other implements, were made of iron from this region. It was said that during the War, the demand for iron became so great that many ironmasters would start the pigs of iron off to war before they cooled, and occasionally the hot iron would set the wagons on fire on the way to market.

The furnace employed about 100 men who worked as laborers, teamsters, ore-diggers, Blacksmith, carpenters, charcoal burners, storekeepers, and bookkeepers. The workers often were paid in goods or in scrip redeemable only at the company store. This kept them tied to the site since the scrip they earned had limited use.

To fuel the furnaces, nearby forests were repeatedly cut, and the wood was converted to charcoal. Each furnace required cutting 300 to 350 acres of timber annually to keep up with the demand. Charcoal made from second or third growth wood was said to be superior to that made from virgin timber. Even so, the forests couldn't grow fast enough to keep up with the furnaces, and an ever-widening circle of land was required to cut and haul wood.

Early predictions had boasted the iron ore in the Hanging Rock region would never be excelled in quality and was in sufficient supply to produce iron for 2,700 years. But shortly after the Civil War, the Hanging Rock seams were largely gone. During the same period, rich iron seams near Lake Superior were discovered. By the 1900s, most of the Hanging Rock furnaces had ceased operation, including the Vesuvius Furnace, which had its final blast in 1906.

Today's legacy to the iron industry are the scars of the iron mines and ghostly stacks of several of the iron furnaces. One of the most famous of the Hanging Rock furnaces was the Vesuvius Furnace, now part of a recreation area on the Wayne National Forest.