The exhibit of California Legacies is featured in this picture. 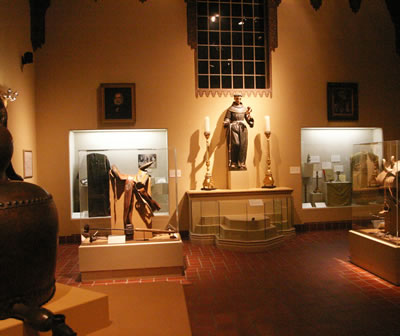 This image shows an article of clothing from the China Legacy exhibit. 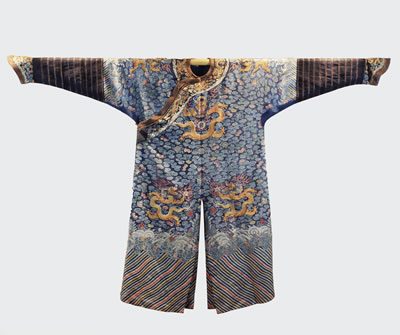 This image is of an artifact from the Pre Columbian era. It is located at the Bowers Museum. 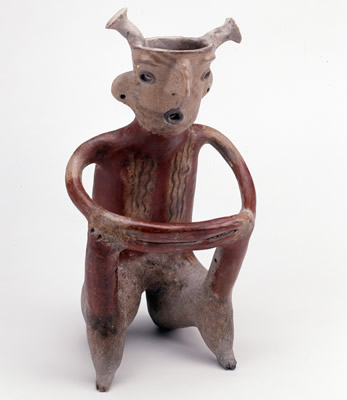 This image shows the actual entrance of the Bowers Museum. 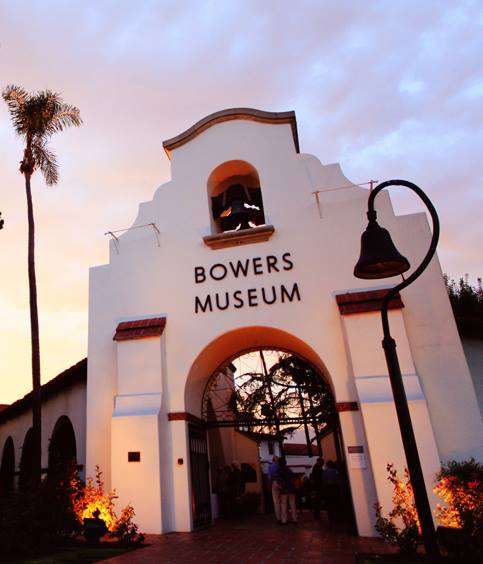 The Bowers Museum is located in Santa Ana, California.  The museum was established in 1936, but was renovated in 2007 to create more space.  The museum has the honor of being accredited by the American Alliance of Museums, an honor only 5% of museums in the United States have achieved.  The Bowers Museum offers different learning experiences, such as: exhibitions, lectures, art classes, travel programs, children's art education programs, and other special community programs.  The museum currently has eleven exhibits on display.  These exhibits feature history of the United States and people of different ethnicities.
The 1968 exhibit is one that allows the viewers to travel back in time to the year 1968.  The swirling year featured many different emotions, from Martin Luther King and Robert Kennedy assassinations to Black Power demonstrations.  The year 1968 proved to be the year the Civil Rights movement peaked, not only was this battle going on at the home front, our men and women were fighting a war in Vietnam.  It also featured the first time Earth was saw from a space shuttle (Apollo 8).  The 1968 Exhibit is a traveling exhibit that was established by the Minnesota History Center.  This exhibit will bring back memories from older citizens, but will inform the younger ones on what our country was going through during 1968 and the many sacrifices made to make the country what it is today.
The next exhibit is the Chinese 5000 year legacy.  This exhibit allows people to travel back in time, viewing sculptures and paintings.  It features clothing from 5000 years ago that have been preserved.  This exhibit also features ivory carvings and silk court robes dating back to the 19th century.  This exhibit came from the Shangai Museum in China.  It is a permanent exhibit being housed at this museum.
Another exhibit that can be seen are paintings and artifacts of Native Americans.  The museum shows different tribes of Indians, along with other exhibits showing the history of the state of California.  This exhibit features objects from the Spanish and Indians, such as: a statue of St. Anthony that originally stood in the Serra Chapel at Mission San Juan Capistrano, a dispatch pouch used by Native Americans to deliver messages between missions, and fine clothing articles.