Established in 1857, the campus of William Peace University covers eight acres adjacent to the Oakwood and Mordecai historic districts of Raleigh. The university was originally established by the Presbyterian synod of North Carolina as a school for young women. For the past century-and-a-half, the institution has operated under various iterations of the Peace name. Main Hall is located at the heart of the university and is listed on the National Register of Historic Places. Completed in 1860, this historic structure is one of largest antebellum buildings in Raleigh. A leading institution in Raleigh, the historic buildings and the campus are well worth a visit. 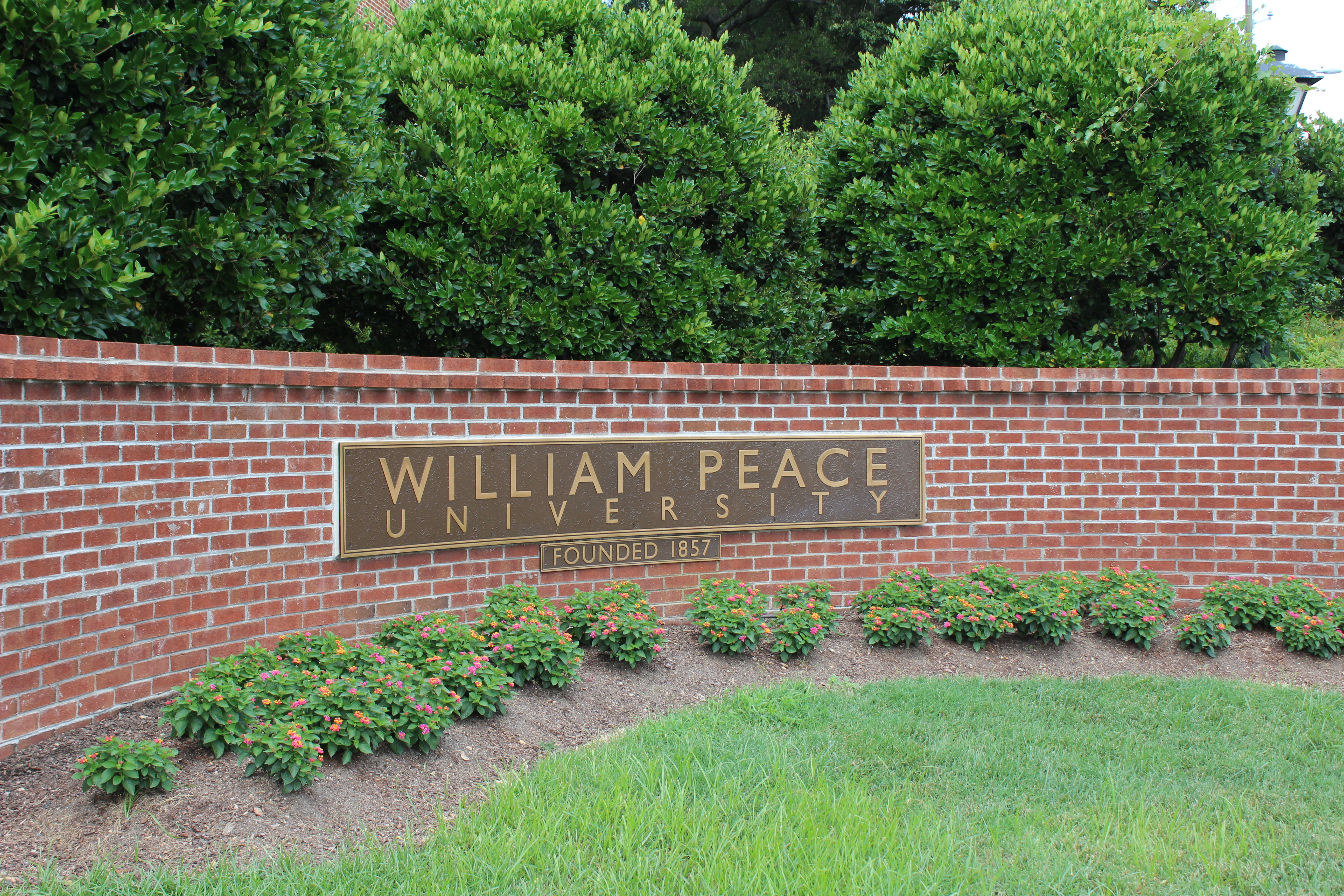 Main Hall, one of the largest surviving antebellum buildings in Raleigh 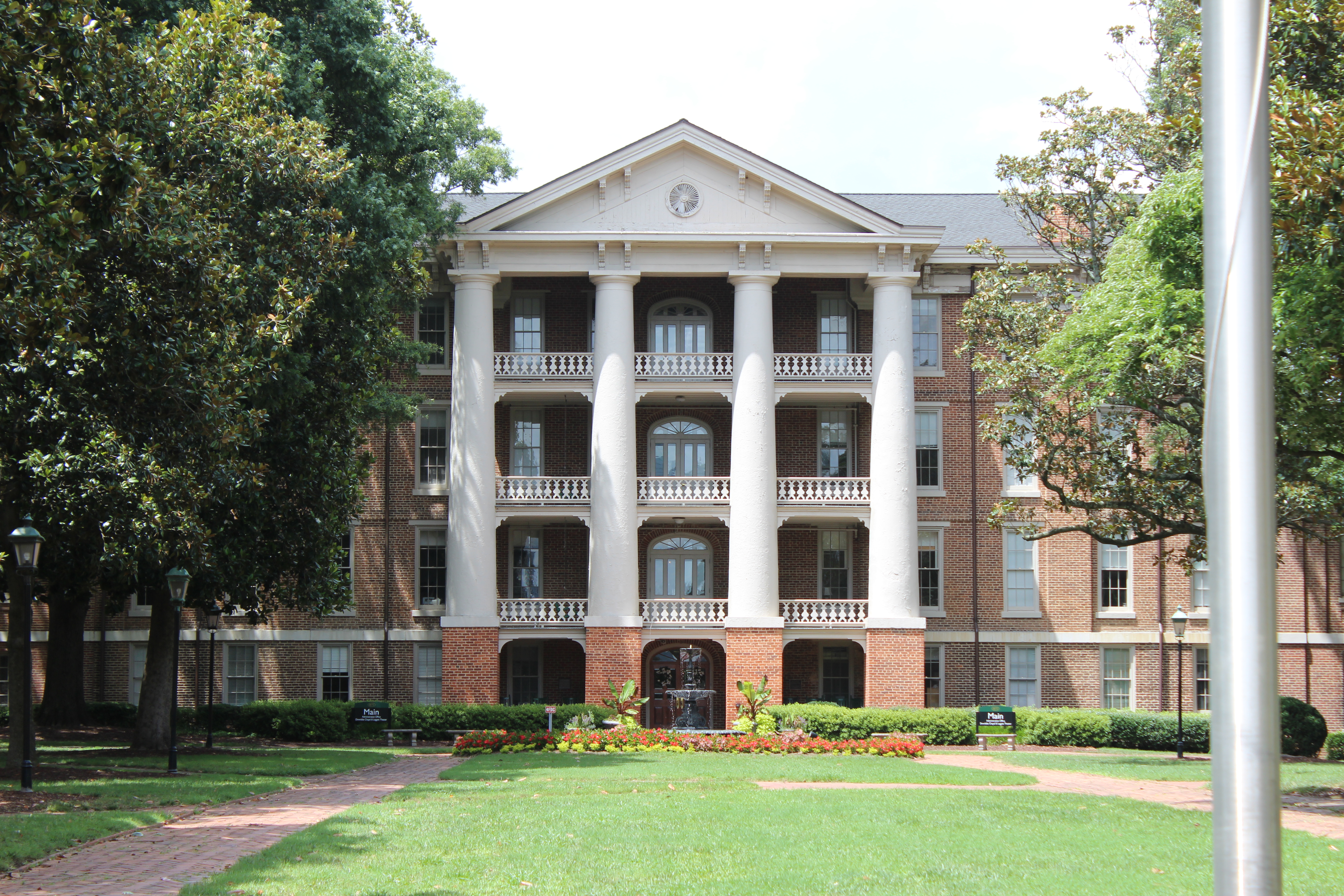 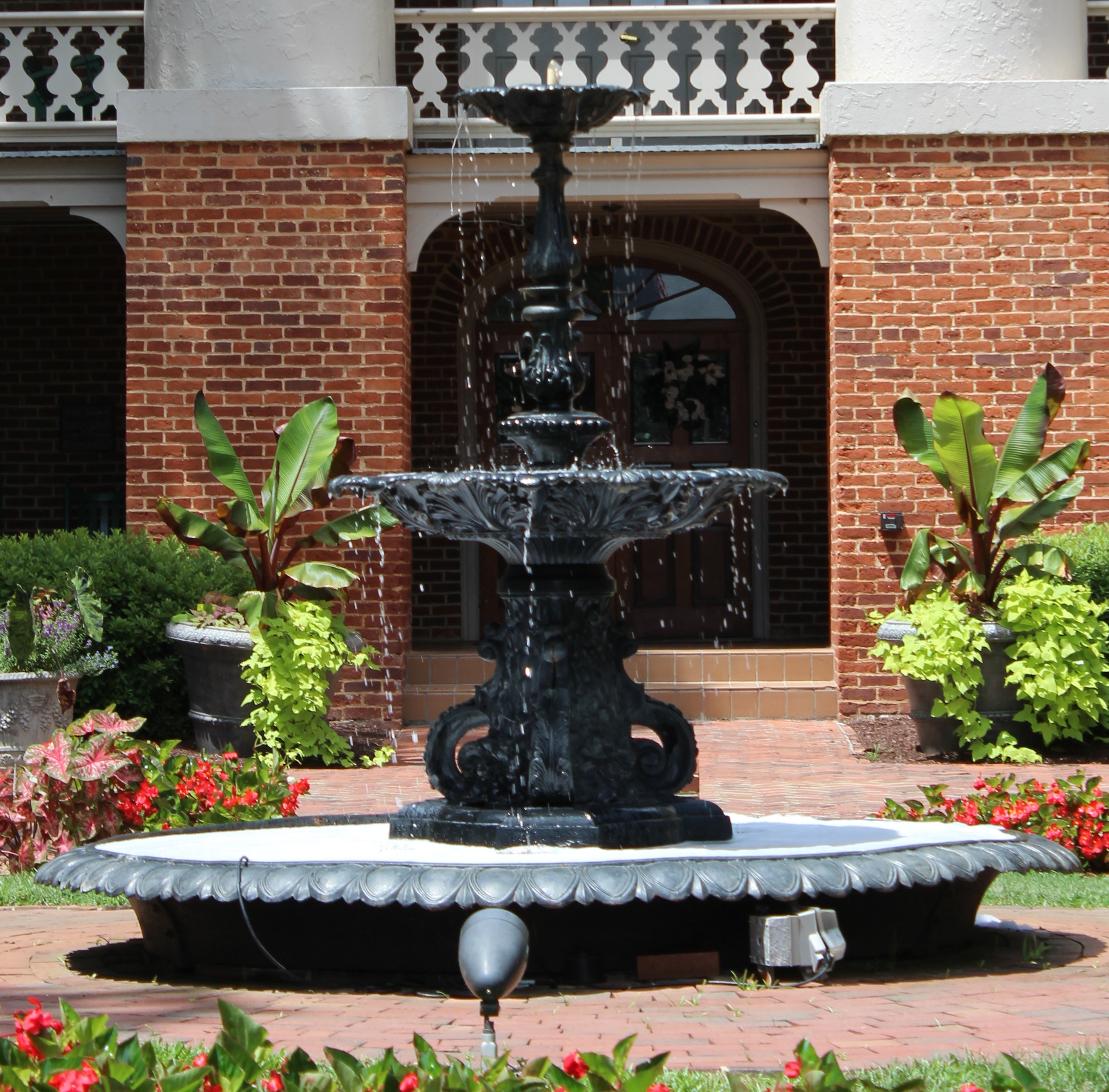 The eponymous William Peace. Sculpture dedicated in 2007 for the school's sesquicentennial. 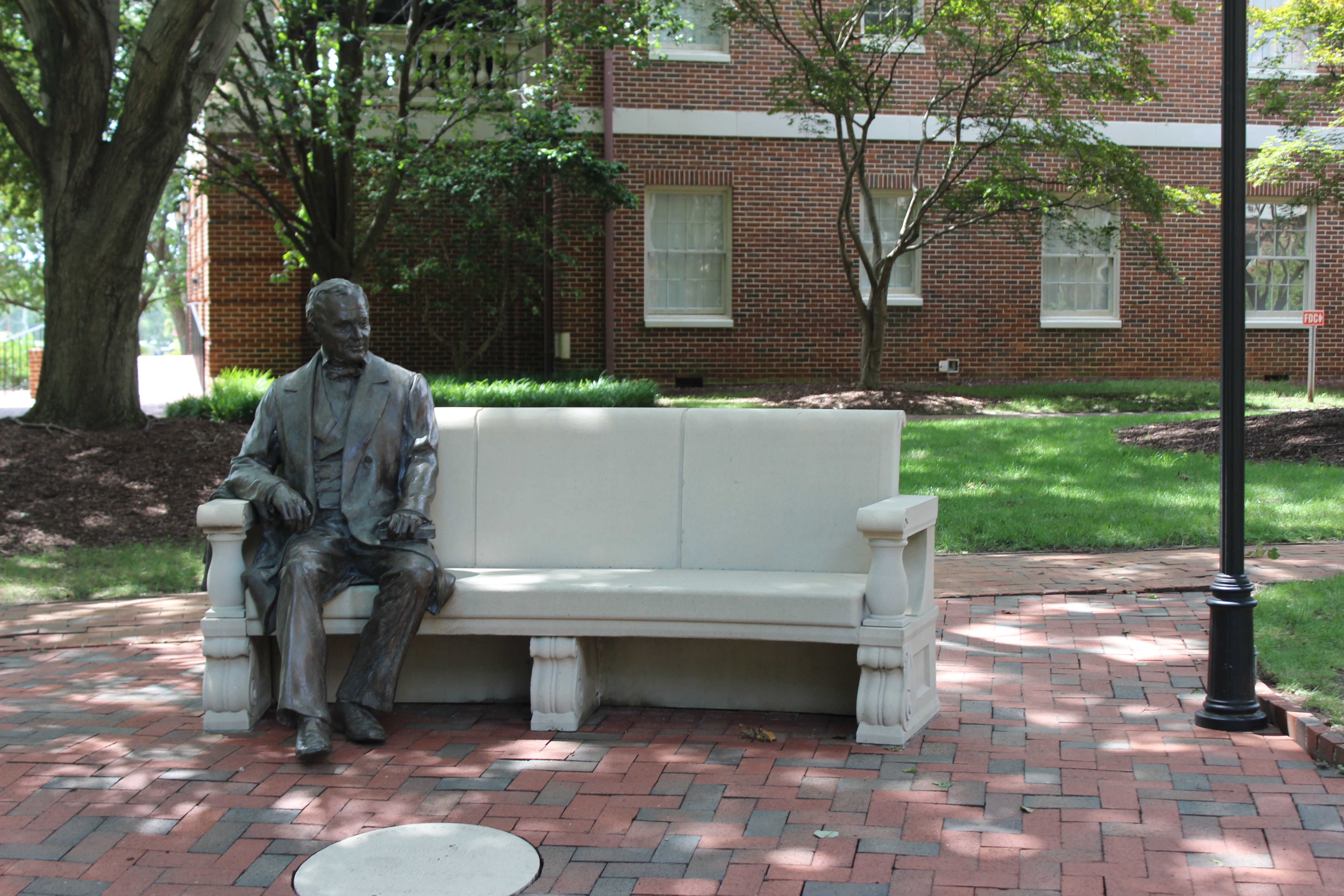 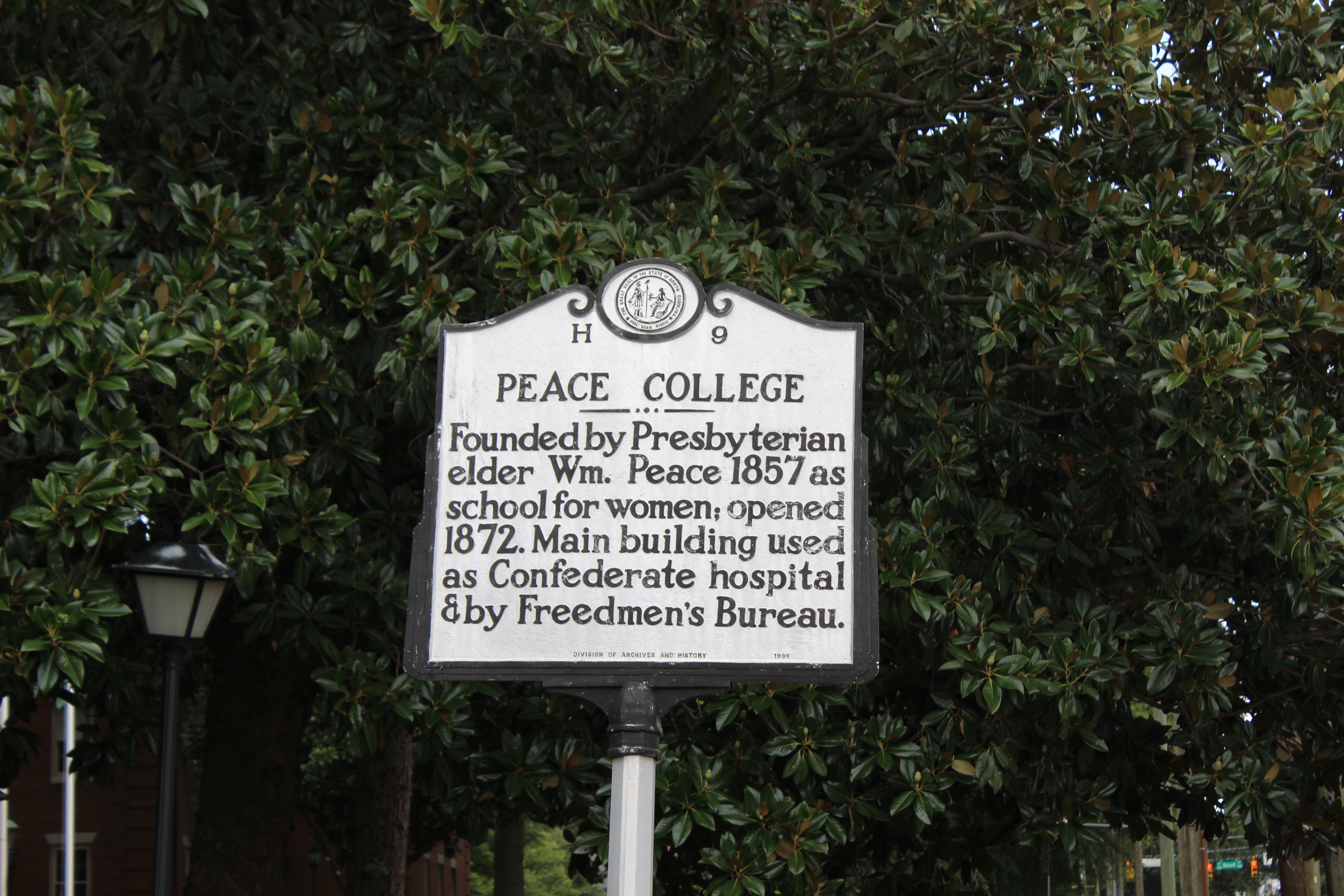 View of Main Hall through the old entrance gate 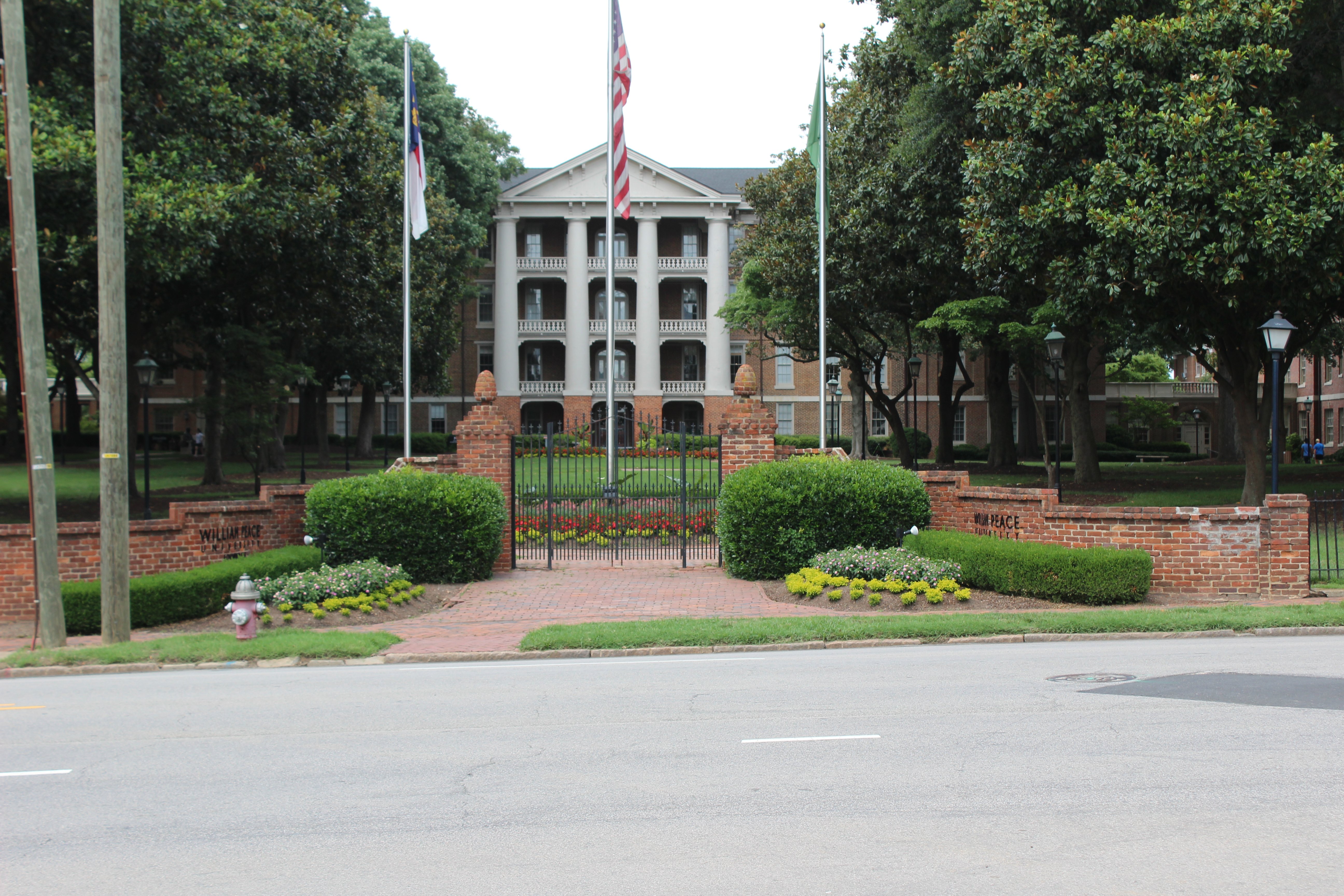 Nestled on eight attractive acres in the heart of Raleigh and adjacent to the Oakwood and Mordecai historic districts, William Peace University in one form or another has been part of the landscape of Raleigh, North Carolina since the middle of the nineteenth century

Founded in 1857 as Peace Institute, William Peace University was established by the Presbyterian Synod of North Carolina as a place where boys and girls could pursue primary education, and where girls could finish secondary and college studies.  The Peace name was bestowed in honor of local merchant William Peace (1773-1865), a graduate of the University of North Carolina who had made his fortune in mercantiles.  A founding member of Raleigh's Presbyterian community, he was also a major donor and the driving force behind the Institute's creation, seeking to create an institution for "the thoro education of young ladies, not only in the substantial branches of knowledge but also in those which are elegant and ornamental."

Construction of then Main Hall was partially completed in 1860, when historical events sidelined Peace's dream.  On December 20 of that year, as a result of the election of Abraham Lincoln to the presidency and Southern fears that Lincoln planned to limit or eliminate the practice of slavery, South Carolina seceded from the Union, followed by ten other states, with North Carolina seceding last in May of 1861.  During the Civil War, the partially completed Main Hall was commandeered by the Confederate government for use as a military hospital; students today report ghostly visitors from this period.  The school’s website also reports that after the war[A1] [m2] , the building was used as the state headquarters of federal Freedmen's Bureau, intended to ease the transition of former slaves into a new life.

Peace Institute opened for classes in 1872 after, and gaininged former ownership of the eight acres it still occupies from R. Stanhope Pullen six years later.  During this early period, Peace Institute offered cutting-edge art programs, as well as a cooking school, and the first kindergarten in North Carolina.  It was possible for students of the Institute to complete an entire education from kindergarten to high school in one spot.  In 1943, the Institute changed its name to Peace College, reflecting the growth of public education in the state and  a shift towards providing young women with high school diplomas and the first two years of a college education.

Main Hall dominates the campus, and was added to the National Register of Historic Places in 1973 and, Aaccording to the National Park Service, is Main Hall is "one of the largest antebellum buildings surviving in Raleigh."  The designation confirms the historical importance of the building, citing not only the construction, but the association with the Freedmen's Bureau in the years after the Civil War.

In 1995, Peace College became a four-year institution, conferring bachelor's degrees and beginning a teacher- training program.  The college expanded in 2011, renaming itself William Peace University in 2011, and admitting its first co-ed class for the day program the following year.  This shift left the much larger Meredith College as the sole women-only collegiate institution in Raleigh.  The last few years have, thus, been years of transition, and not without friction, though the University community as a whole remains dedicated to its mission statement in inculcating "an appreciation for life-long learning, a focus on meaningful careers, and skills for ethical citizenship."