This branch of the Montgomery City-County Public Library is named in honor of Juliette Hampton Morgan, a librarian who stood against racial injustice during the 1940s and 1950s. Although she was white and a direct descendant of Wade Hampton and other Confederate leaders, Morgan increasingly came to support the idea of equality and justice for African Americans during an era when few other whites supported such ideas. 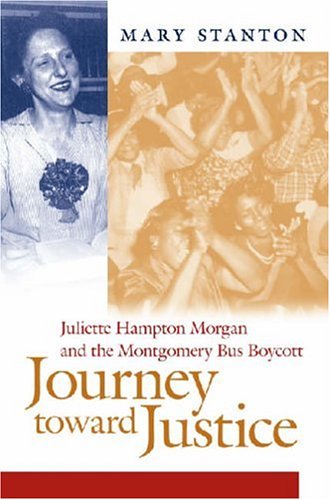 In addition to letters and editorials calling for fair treatment, Juliette Hampton Morgan supported anti-lynching laws and joined interracial prayer groups. In the years leading up to the Montgomery Bus Boycott, she even confronted white bus drivers when she saw mistreatment of African American passengers. Her activism led to demands that she lose her job at the local library, but the library trustees refused to remove her from her position despite intense pressure from government officials who threatened the library in response. Morgan faced even more pressure, with harassment and threats from the KKK and the  burning of a cross on her lawn. The abandonment of her friends and family may have taken an even more severe toll on Morgan. In 1957, the isolation became too much and Morgan took her own life. Her story demonstrates how difficult it was for a white person to offer even the most mild support of equal rights in the era of segregation.