The Cold War was an exceedingly difficult, and somewhat frightening, period in world history. Not only were the Soviet Union and the United States stockpiling thousands of nuclear warheads and Intercontinental Ballistic Missiles (ICBMs), but the two major world powers came close to a nuclear confrontation several times. On the northern side of Major Palm Park, there is a small rock with a Downed Cold War Aircraft memorial on the front, which pays tribute to a USAF, six-engine RB-47 Stratojet that was shot down by a Soviet MiG on July 1st, 1960. Four out of the six men aboard were killed, while two were captured and held prisoners for espionage. Major Willard G. Palm, the Aircraft Commander, died in the wreckage. Although the downed reconnaissance plane did not lead to worsening tensions between the USSR and the USA, Major Palm was nonetheless one of 75 US Navy and Air Force air crewmen who lost his life flying routine renaissance missions between 1950 and 1960. 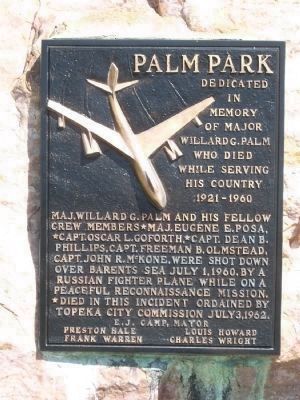 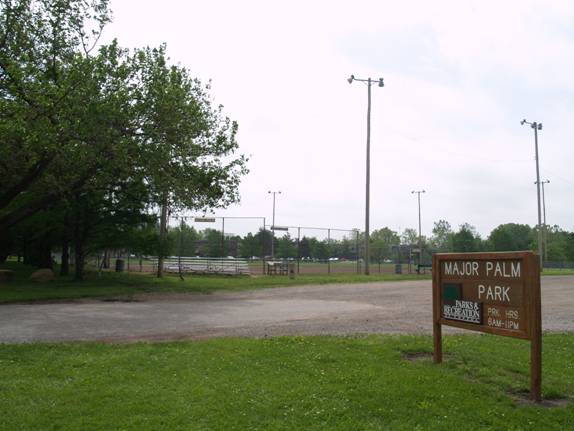 Captain McKone and Olmstead on the cover of Time Magazine 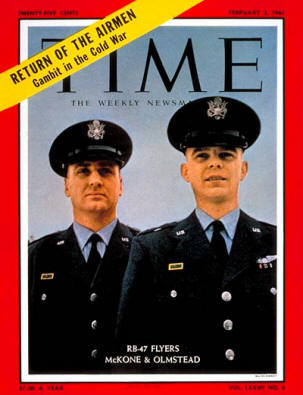 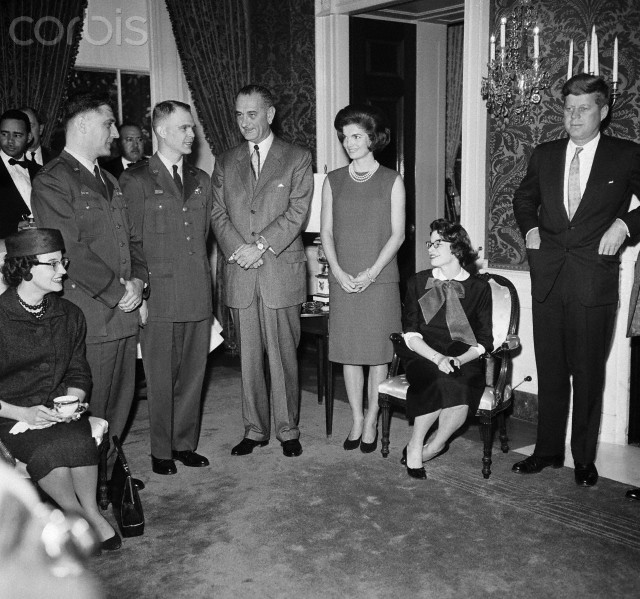 History of the Downed Crew

Major Palm was born in Oak Ridge, Tennessee, but the connection between the fallen RB-47 and Topeka lies within the Forbes Air Force Base, located about 10 miles south of Topeka.

In 1960, the RB-47 reconnaissance plane was assigned to the 38th Strategic Reconnaissance Squadron, 55th Strategic Reconnaissance Wing based at Forbes Air Force Base. At the time, it was flying out of Brize-Norton Royal Air Force Base in England. According to the mission plans, the plane was to fly north from England over international waters before turning east over the Barents Sea northeast of Norway. It would continue a track about 50 miles from the Soviet Kola Peninsula.

Although Major Palm kept the plane about 30 miles outside of Soviet airspace, a Soviet MiG nonetheless shot up the left wing, engines, and fuselage in its first firing past. Between 1950 and 1960, the Soviets were notorious for shadowing, escorting, and occasionally shooting down American planes, even if the planes were over international waters.

Three men were able to escape the plane, including Major Palm, Captain Olmstead, and Captain McKone. Major Posa, Captain Phillips, and Captain Goforth were most likely unable to escape the spinning plane. According to reports, Major Palm probably died due to exposure in the icy cold waters, while Captain Olmstead and McKone were able to board their survival rafts before getting picked up by a Soviet fishing vessel.

Captain Olmstead and McKone were charged with espionage and held at the dreaded Lubyanka prison. Espionage was typically followed with execution, though the men returned home after seven months of imprisonment.

Major Palm’s body was picked up and returned to the United States a month after the disaster, and the President of the United States posthumously awarded the Distinguished Flying Cross to Major Palm for extraordinary achievement while participating in the July 1st, 1960 flight.1

Inscription on the Marker

Dedicated in Memory of Major Willard G. Palm who died while serving his country

The Military Order of the World Wars

This day, November 11, 2005, we proclaim that this Memorial "Major Palm Park" has been recorded and is available for access on the Topeka Chapter Web Site.