The New York City Fire Museum is private, non-profit institution dedicated to preserving the history of the Fire Department of New York City, and to educating the public about fire safety. The first incarnation of the museum opened in 1934 in Long Island City. It moved to its current location in 1987, where it is housed in a 1904 firehouse building. The museum contains thousands of artifacts and memorabilia relating to the New York Fire Department, as well as a memorial to the 343 firefighters who perished during 9/11. 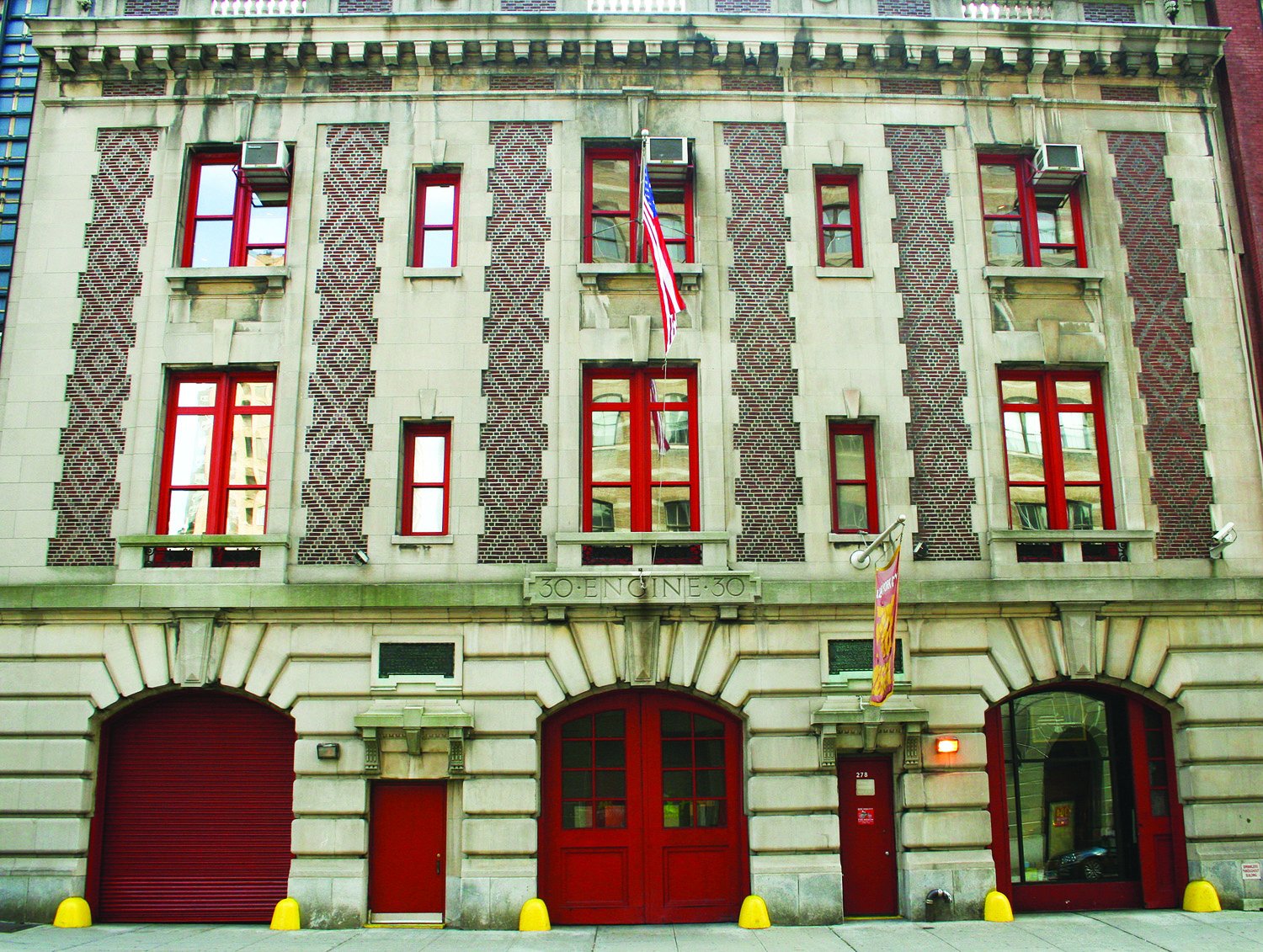 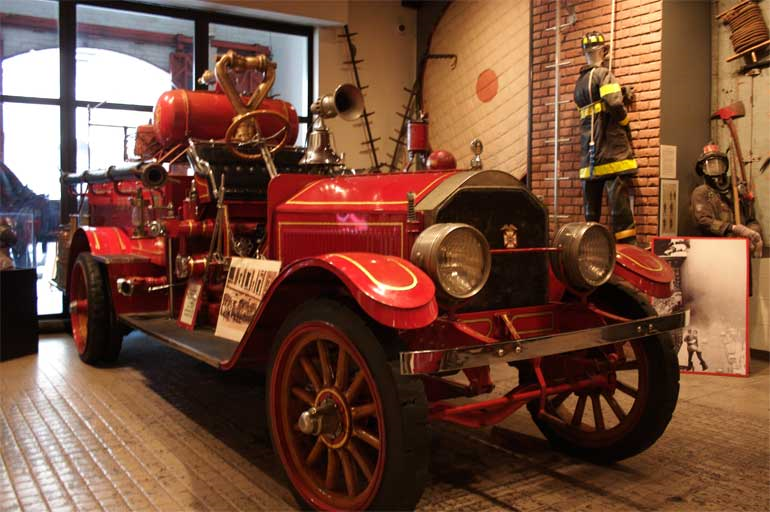 The museum's 9/11 Memorial Room contains the first permanent memorial to the 343 firefighters who lost their lives during the September 11, 2001 terrorist attacks. Image obtained from YouTube. 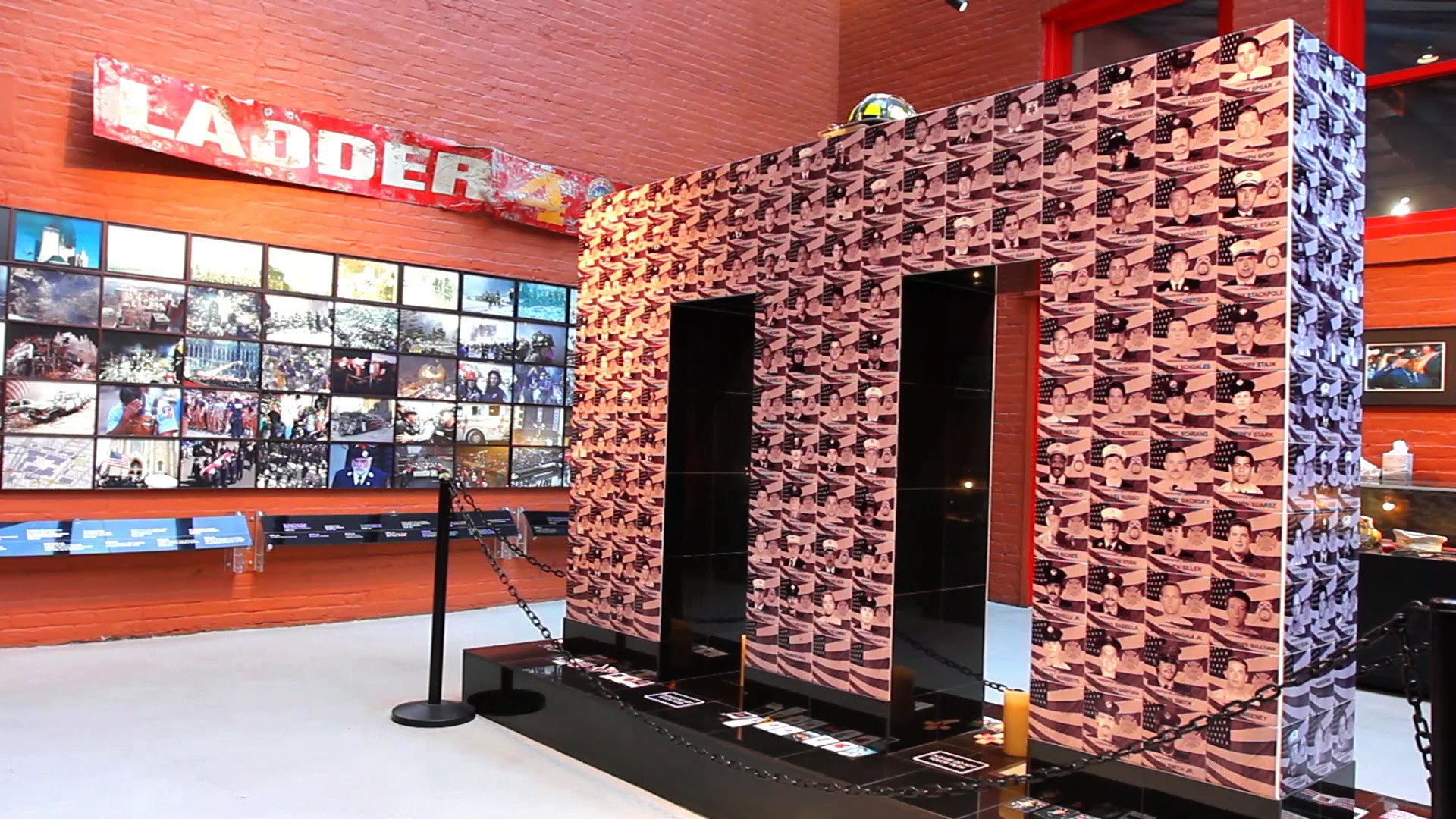 For the first two hundred years of New York City’s existence, fire fighting was handled entirely by volunteers. As early as the mid-1600s, companies of volunteers armed with leather buckets of water were organized to put out fires. Many of these groups were operated independent of one another and lacked cooperation; they gained a reputation for rivalries and competition, which threatened their ability to fight fires effectively. The rise of industrialization in the 1800s also led to the rise of larger, more-dangerous fires that required more skill to combat. In 1865, New York City established its first paid fire fighting service, and supplied it with professional equipment and training. Originally known as the Metropolitan Fire Department, the name was later changed to the Fire Department of the City of New York in 1898. Today it is the second-largest fire department in the world, only behind Tokyo’s fire department.

The first museum dedicated to New York’s fire department was the Fire College Museum, which opened in 1934 in Long Island City. In 1959, the museum’s contents were transferred to a firehouse on Duane Street in Manhattan. In 1981 the Home Insurance Company donated its substantial collection of fire memorabilia, which greatly expanded the museum’s inventory and created the need to find a larger, permanent facility. A non-profit group, the Friends of the New York City Fire Department Collection, was formed to raise money to relocate the museum. It acquired and renovated a former firehouse on Spring Street. The Beaux-Arts style building was constructed in 1904 and housed the fire department’s Engine Company No. 30. The New York City Fire Museum officially opened to the public in 1987.

The museum holds a collection of over 10,000 artifacts, of which only 3% are on display at any given time, on two floors of exhibits. Items include memorabilia, artwork, and various uniforms, equipment, and models of fire engines used by the department over the centuries. The museum currently has five permanent exhibits and one rotating temporary exhibit. Among these is the 9/11 Memorial Room, the first permanent memorial to the 343 New York City firefighters who perished during the 9/11 terrorist attacks. In addition to preserving the history of New York’s fire department, the museum also works to educate the public about fire safety. It offers tours through a mock house in which participants experience a simulation fire and evacuation. The museum also operates a gift shop, and rents out the third floor as an event space.