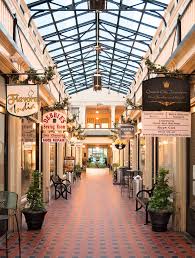 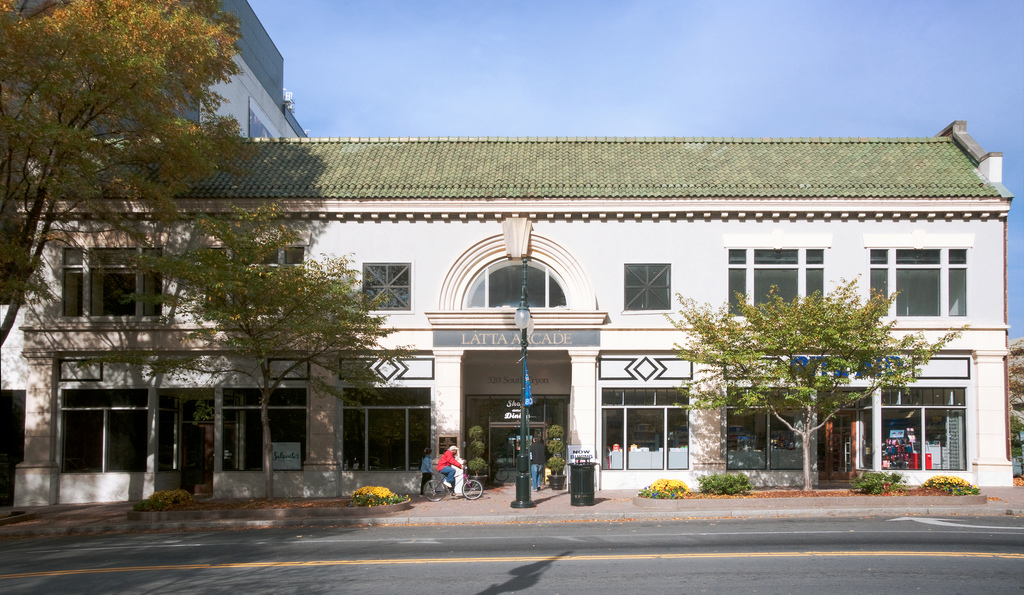 Latta Arcade was built in 1914 and featured a central atrium and promenade between two floors of shops and restaurants. Designed by William H. Peeps, the building style is considered Beaux-Arts. The two story building features an expansive sky light, stretching above the common walkway. While it is assumed this feature is to protect shoppers from inclement weather, a common feature in many European markets, it was instead implemented to provide natural light to grade cotton.

The Latta Arcade is an example of one of the many arcades build on the East Coast during the early 1900s. The buildings were primarily open shopping centers, filled with stores, restaurants, and shops, essentially the same features as a modern day shopping mall.

Charlotte's Latta Arcade celebrated it's centennial in 2014 and has been on the National Register of Historic Places since 1975. In that time, the building’s exterior has undergone renovation, however the interior is primarily intact. The oldest shop in the arcade is Arcade Mens Room, a barbershop.

Each shop sets own hours, inquire within.