Mecklenburg County Courthouse was built between 1925 and 1928 following the demands of the Charlotte’s growing wealthy population. These individuals desired a self contained city, comparable to that of neighboring cities to the South. The courthouse was placed on the National Register of Historic Places in 1979, and today continues to serve the people of Charlotte. 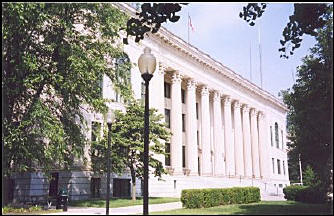 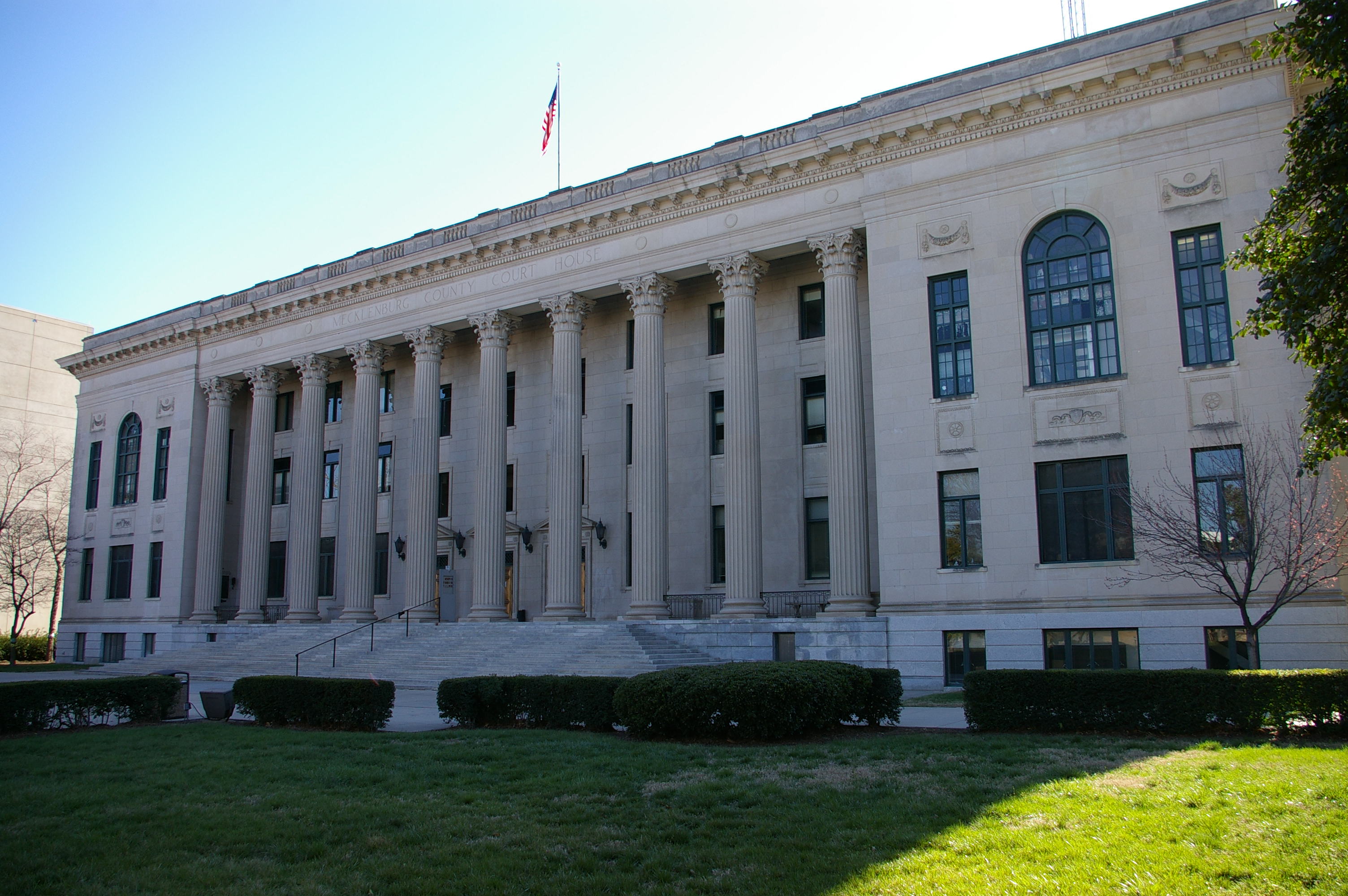 In 1910 Charlotte overtook Wilmington to become the largest city in North Carolina. By the early 1920s, Charlotte citizens began a campaign for a new courthouse and city hall to meet the growing demands of city and county government and to reflect Charlotte’s new status.

Five days later, on December 5, 1925, proponents of the new courthouse turned out in record numbers, thanks in large part to the efforts of the Charlotte Woman’s Club, to advance the position of many of Charlotte’s leading New South citizens. These individuals saw the courthouse as a symbol of the city’s recent progress and a reflection of its new status as the largest city in the state.

Despite opposition from rural voters who opposed its cost, the bond measure passed in 1925. The $1,250,000 Neoclassical courthouse building was completed by January of 1928, and formally and extravagantly dedicated on March 10 of that year. The building is a four story Neoclassical building made from limestone. The Coronation portico on the front facade was an elegant and expected addition for grand architecture at this period.

Today the building continues to serve as a courthouse. While minor repairs and renovations have occurred to keep the building up to date, no major repairs or changes have been completed.