Trolley Square is a partially enclosed shopping center located in Salt Lake City, Utah, United States. It is considered to be a trendy high-end center. The center lies within close proximity to downtown Salt Lake City and the UTA TRAX light-rail system. The Square was also the scene for the tragic mass shooting that occurred February 12, 2007. 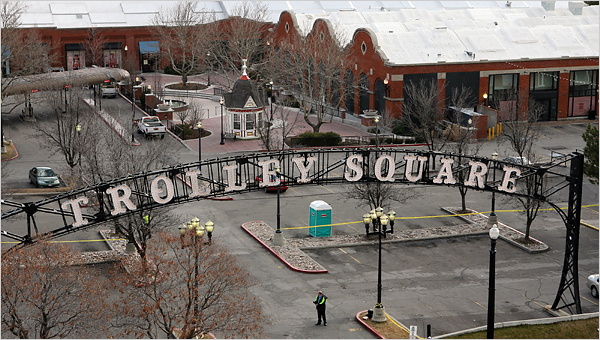 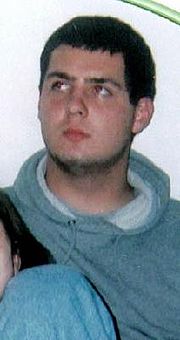 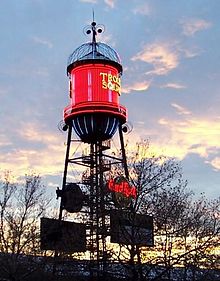 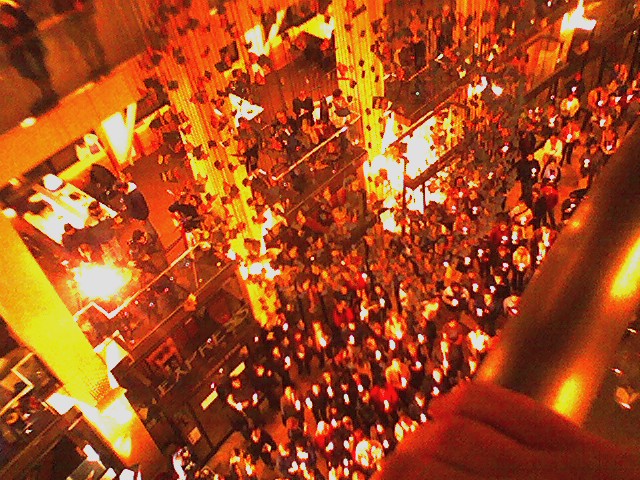 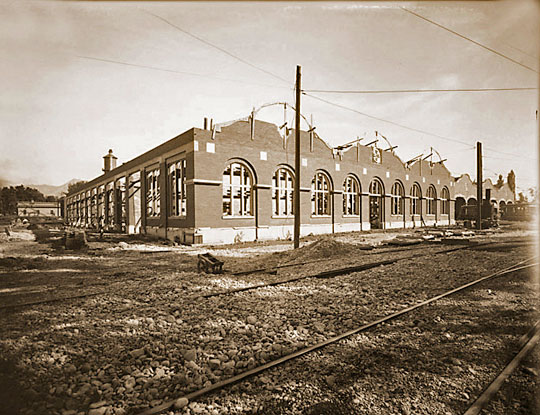 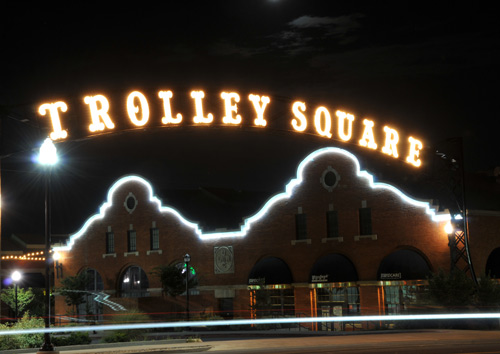 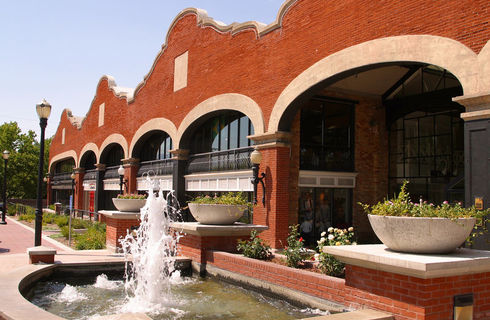 "Trolley Square has been part of Utah’s heritage since 1847, when Mormon leader Brigham Young designated the area as the Tenth Ward. The ten-acre block later served as fairgrounds, until Union Pacific magnate E. H. Harriman chose the site for his state-of-the-art trolley car system. He invested $3.5 million to construct the unusual mission-style carbarn complex in 1908. Within six years, more than 144 trolleys served the valley from the site until the transit line was discontinued in 1945.

The old and decaying carbarns were saved from demolition in 1972 when they were transformed into Utah’s only festival marketplace. Relics from the turn-of-the-century were rescued and used in constructing its unique stores.

Trolley Square was registered as a historic site by the state of Utah in 1973. It was added to the National Register of Historic Places in 1996. The Square quickly became and remains one of the state’s most popular attractions, offering unique shopping, dining and entertainment in a charming, historic atmosphere."

Trolley Square is composed of barns that were built in 1908 to house Salt Lake City's streetcars. The streetcar system was dismantled in 1945, and the barns were converted into a two-story shopping center in 1972. The center is noted for its unusual architecture consisting of winding hallways, brick and wooden floors, fountains, old-trees, and wrought-iron balconies. Prominent tenants include Weller Book Works, Pottery Barn, Cabin Fever (a popular card store), Williams-Sonoma, Old Spaghetti Factory, The Spectacle, and local boutiques.

The Trolley Square water tower is covered in red and blue neon lights, and it is a prominent feature of the Salt Lake City skyline able to be spotted from miles away at night. For many years, the tower would give the local weather forecast based on the colors of lights, with solid blue being fair weather, flashing blue being cloudy weather, solid red being rain, and flashing red being snow. The Trolley Square water tower was renovated in fall 2014.

Another prominent feature of Trolley Square is the sky bridge that connects the main building to a small parking lot located across the street. the bridge goes over 600 South, and it features neon lights shaped in the form of a trolley.

On February 12, 2007, at 6:42 p.m. MST, Talović arrived at Trolley Square Mall, parking his vehicle in the upper level of the mall's west parking garage. He was wearing a white shirt, a tan trench coat, and a mullet; and was carrying a pump-action shotgun, a .38 caliber handgun, and a backpack full of extra ammunition during the shooting. Two minutes after exiting his vehicle, Talović encountered 52-year-old Jeffrey Walker and his 16-year-old son Alan in the parking garage. He shot and wounded both in the head with his shotgun; Alan Walker managed to run down a staircase to the lower parking level, where he was assisted by other citizens. However, Talović stood over Jeffrey Walker, who had fallen to the ground after being shot, and shot him repeatedly in the head and back, killing him.

Continuing onward to the west entrance of the mall, Talović shot 34-year-old Shaun Munns twice with the shotgun from approximately 30 yards away. Munns managed to flee the scene and survive his injuries. Talović then fired twice at the entrance doors, causing shoppers inside the store to hide or flee. Entering the mall, he approached the west stairs, where he fired at a security guard, missing, then walked down the main level hallway in the opposite direction. There, he shot 29-year-old Vanessa Quinn in the chest with his revolver; when she fell to the ground, Talović stood over her and killed her with a second gunshot to the head.

Talović then entered Cabin Fever, a card store where seven people were hiding. He first approached 44-year-old Carolyn Tuft, who was crouched down near a display table at the front of the store, and shot her in the left side and arm with the shotgun, causing her to fall over to the ground. He then spotted 53-year-old Stacy Hanson crouching near the southeast glass wall of the store. Hanson said to him "Everyone just wants to go home", to which Talović told him to "shut up" before shooting and injuring him in the lower abdomen and arm with the shotgun, also shattering the glass wall; Hanson fell face-down into the glass.

Talović then approached a group of three people: 15-year-old Kirsten Hinckley (whose mother was the injured Carolyn Tuft), 24-year-old Brad Frantz, and 29-year-old Teresa Ellis. All three of them were lying on the floor in the southern front of the store. Talović fired from his shotgun, hitting all three people; Frantz died of a gunshot wound to the forehead, while Hinckley suffered a wound to the torso and Ellis suffered wounds to the right arm, torso, and leg. He then left the store briefly to reload, during which Carolyn Tuft crawled towards her injured daughter. Talović returned, shooting Tuft, Hinckley, and Ellis again; Hinckley and Ellis both died of gunshot wounds to the head, while Tuft survived a wound to the back.

Leaving Cabin Fever a second time, Talović encountered off-duty police officer Kenneth Hammond of the Ogden City Police Department. At the time, Hammond was at Trolley Square on an early Valentine's Day dinner with his pregnant wife, 911 Dispatcher Sarita Hammond, when they heard gunshots. Sarita Hammond borrowed a waiter's cell phone to call 911. Drawing his weapon, Hammond identified himself as a police officer, and Talović fired twice at him with his shotgun, missing. Moving around the central hallway area, Talović focused his gunfire at three restaurant employees, firing from near the south entrance of the Pottery Barn Kids home-furnishing store. Witnessing him returning to Cabin Fever and shooting Stacy Hanson in the back, one of the employees fired at Barrett Dodds, yelled at Talović, prompting him to walk back towards Pottery Barn. Hanson survived his injuries.

Meanwhile, Sergeant Andrew Oblad of the Salt Lake City Police Department entered Trolley Square through the south entrance and encountered Kenneth Hammond. Talović fired at both officers, and Hammond fired back in return. An active shooter contact team composed of Salt Lake City PD SWAT team members Sergeant Joshua Scharman, Detective Dustin Marshall, Detective Brett Olsen, and Officer Gordon Worsencroft eventually arrived and confronted Talović from behind. Scharman and Olsen shot him a total of eight times in the back with their H&K MP5 service weapons, and Marshall also shot him five times with his AR-15 service rifle. When Talović turned around and aimed his shotgun towards the team, Scharman and Olsen fired again and killed him. Talović's body was later found to have been struck a total of 15 times by bullets fired by police. At least 30 rounds were fired by Talović, 29 of which came from his shotgun and at least one from his revolver. The entire shooting lasted for six minutes.

According to local TV station KTVX, several witnesses reported that most of the shooting took place on the ground floor near the Pottery Barn store, though the majority of the dead and injured were found in Cabin Fever. One of the victims, having been shot, apparently entered the nearby Hard Rock Cafe and told customers to lock the doors. The wounded victims were transported to local hospitals, some in critical condition.

Sulejman Talović (October 6, 1988 – February 12, 2007) was identified as the perpetrator of the shooting. He was born in Cerska, a town in Bosnia and Herzegovina , and later migrated with his family to the US in 1998. Talović received a green card in 2005 and lived with his mother, father and three sisters in Salt Lake City at the time of the shooting. As a child, Talovic frequently spent time at the mall and it was described as "the only place he went." The family at one point lived one block away. He had a record of minor juvenile incidents and had dropped out of high school at age 16.

After the shooting, Talović was buried in his birthplace, the small village of Talovići near Cerska, on March 2, 2007. Sulejman's father Suljo Talovic soon moved back to Bosnia and told media outlets that he was too sad and ashamed to stay living in a country where his son committed mass murder.

Talović's aunt, Ajka Omerović, emerged briefly from the family's house to say relatives had no idea why he attacked so many strangers. She said that Talović had lived in the Sarajevo area as a child, and that his family moved to Utah from Bosnia. "He was such a good boy. I don't know what happened," she told Salt Lake City television station KSL-TV.

In another KSL interview, with Omerović, and Talović's father, Suljo Talović, the two indicated concern that some outside influence might have induced Sulejman to commit the killings. "I think this [Sulejman] did. I think somebody (is) behind him, I think, but I am not sure...."

The father suggested that the U.S. government bears some responsibility for his son's actions, saying "The authorities are guilty for not alerting us that he bought a gun. In the U.S., you cannot buy cigarettes if you are under-aged, but you can buy a gun." Federal law prohibits the sale of handguns and handgun ammunition to those under 21 from federally licensed gun dealers although some states allow 18+ to purchase handguns through legal private sales. Longguns (being a rifle or shotgun) and rifle/shotgun ammunition are prohibited to those under 18.

In the light of the War on Terror some commentators, including John Gibson and congressman Chris Cannon suggested that Talović repeatedly shouted "Allahu Akbar" prior to his death, suggesting a religious motive, citing video of the rampage which supposedly captures Talović's religious shouting. FBI agent Patrick Kiernan has stated that he has no reason to suspect terrorism. Ajka Omerović was quoted as saying, "We are Muslims, but we are not terrorists."

Five officers were honored at the Utah state capitol on February 16 for their bravery in the Trolley Square shooting. They are Sergeant Andrew Oblad, Sergeant Joshua Scharman, Detective Dustin Marshall, and Detective Brett Olsen, all of the Salt Lake City P.D.; and Officer Kenneth Hammond of the Ogden P.D. On February 13, 2007, Salt Lake City police officials thanked Hammond as a hero for saving countless lives.