Situated northeast of Baileys Harbor in Door County, Wisconsin, the Cana Island Lighthouse is the most visited lighthouse in the county and the most picturesque. It was built in 1869 and is still used today as a navigational aid, operated by the U.S. Coast Guard. It replaced the Baileys Harbor Lighthouse which by then was no longer effective as harbor and coast lighthouse. The house and the tower, which is 76 feet high, were built with cream city brick and as such were vulnerable to the harsh weather conditions. Steel cladding was installed around the tower to protect it from the elements. The site also contains an oil house, a privy, and a storage house. The light has been powered by electricity since 1945. A causeway connects the island to the mainland and it is sometimes covered by one or two feet water. The Door County Maritime Museum, in Sturgeon Bay, manages the lighthouse and offers tours in the house. Visitors are allowed to climb to the top of the tower. The lighthouse was placed on the National Register of Historic Places in 1976. 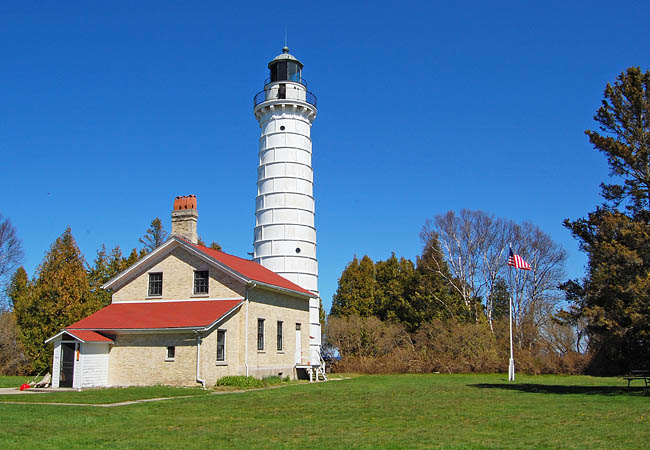 Visitors are allowed to climb to the top of the tower 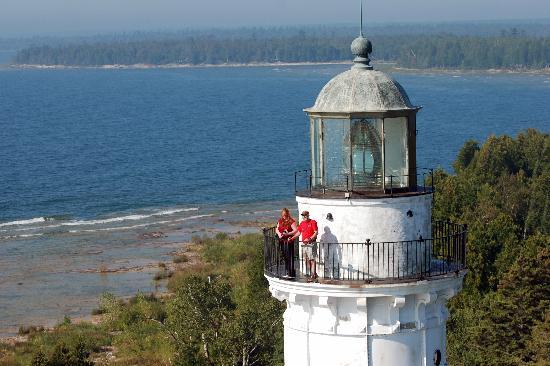