Harrison Whitaker and his wife Martha Bonner built this historic Victorian home on over two hundred acres of land in 1878. In 1907, Martha's sister Annie Bonner and her spouse S.S. McClendon purchased the home and generations of McClendon family, which includes Sarah McClendon, who is famed for her career in Washington-based news, lived there until 1981. In 1984, the house was recognized as a Tyler Historic Landmark. Additionally, the house is also a Texas Historic Landmark as well as listed on the National Register of Historic Places. Today, the home, after major renovations, is used for events and can be toured by the public.

The Whitaker-McClendon House was built in 1880 and is an excellent example of Victorian architecture. 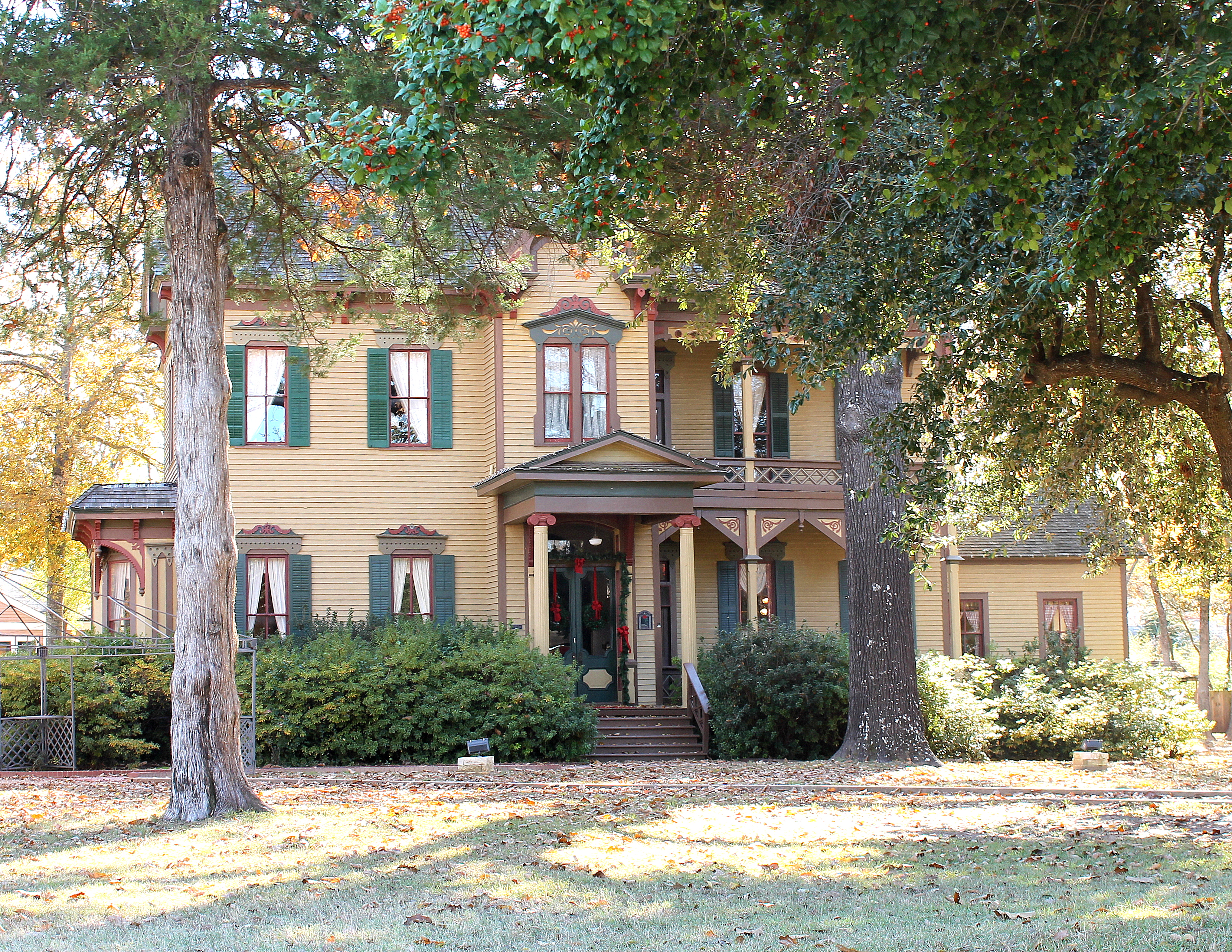 A Texas State Supreme Court Associate Justice, M. H. Bonner, purchased some land from his former law partner and the state's first governor, J. Pickney Henderson, in order to gift to his daughter Martha (Mattie) as a wedding present. She and her newly wedded husband, attorney Harrison Whitaker, built the Victorian style, two-story home on the land in 1878 and proceeded to furnish it with fire mantles, light fixtures, wallpaper, and other furniture purchased in New York. The house featured nine rooms in which the Whitakers hosted many guests during social gatherings and dinner parties. Unfortunately, Mattie passed away and the home was sold when Harrison remarried. However, the home remained in the family as Mattie's sister, Annie, purchased the home from Mr. Whitaker.

Annie and her husband, Sydney McClendon, who opened Tyler's first book store, moved into the home and began the era of the McClendon family in the home which would last for many decades.

The McClendon couple were active citizens and involved in politics: Sydney was the Democratic Chairman of Smith County for more than twenty years, and Annie was a charismatic suffragist and a charismatic participant in the East Texas “Votes for Women” rallies. The McClendon couple raised nine children in the home, the youngest child, Sarah, probably being the most well known. Sarah McClendon is famed for her Washington-based news career, which "spanned from Franklin Roosevelt to George W. Bush" (McClendonhouse.net, History).

In 1981, the remaining two McClendon sisters that lived in the home decided to donate the house as a historical site. A non-profit organization formed in order to restore the home, and despite the attempt of an arsonist to destroy the home, the board members persevered in the preservation of the home.

According to the official website of the McClendon House, "In 1988, the Bonner-Whitaker-McClendon house opened to the public as the Designer Showcase for Historic Tyler’s Azalea Trail Heritage Tour."