The Alfred McCune Home is one of the mansions on Capitol Hill in Salt Lake City, Utah, from around the turn of the 20th century. Built for Alfred W. McCune on the inclined south side of Capitol Hill at the northeast corner of 200 North and Main Street, the mansion has 21 rooms and was built in 1900. 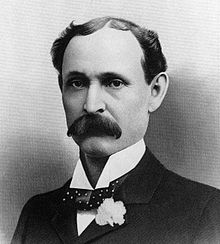 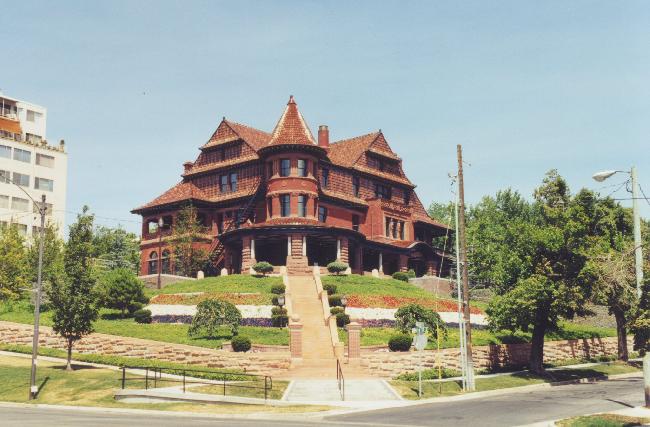 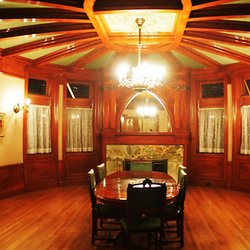 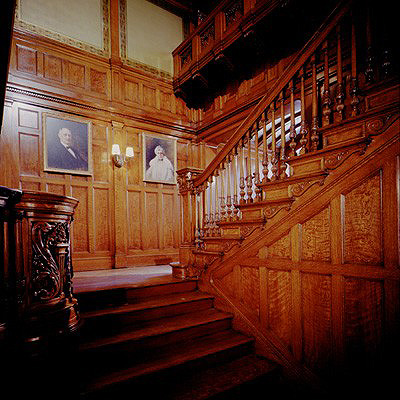 Alfred McCune was born in Calcutta, India while his father, Matthew McCune, was stationed with the British Army and converted there to The Church of Jesus Christ of Latter-day Saints (LDS). The family immigrated to Utah Territory, settling in Farmington and then in Nephi. Alfred William McCune joined the LDS Church in Farmington in 1857. He and Elizabeth were childhood sweethearts and were married 1 July 1872 in the Endowment House in Salt Lake City. Though McCune was not very active in church service, he dontated a lot of money to it. According to LDS Church President Heber J. Grant's notes in his personal journal 1 April 1927, McCune was always in good standing with the LDS Church.

By the time he was 21, McCune had contracted to build portions of the Utah Southern Railroad. He was a highly successful railroad builder, and became well-connected to other late 19th century millionaries. He was a partner in the Peruvian Cerro de Pasco mines along with J.P. Morgan, William Randolph Hearst, and Frederick Vanderbilt. He owned business interests throughout Utah and in parts of Montana, British Columbia, and South America.

McCune was respected by his contemporaries for his integrity, his congenial personality, and his generous donations to worthy causes. He was also civic-minded and politically ambitious. In 1899, he ran for the Senate as the Democratic candidate against Republican incumbent Frank J. Canon and several other candidates. When none was able to get a majority of votes, the election went down in history as the time when Utah was unable to select or send a senator to Washington. McCune later tried again for the Senate but was defeated by another mining and railroad magnate, Thomas Kearns.

Elizabeth McCune had as many diversified interests as her husband had. She served in many prominent LDS Church positions and became close friends with Susa Young Gates, one of the daughters of Brigham Young. An active supporter of women's rights, Elizabeth attended the 1889 International Congress of Women in London. After being voted patron of the organization, Elizabeth was entertained by Queen Victoria at Windsor Castle.

McCune wanted his home to be an extravagant display and to these ends he financed a two-year tour of America and Europe for his architect S.C. Dallas to study designs and techniques. The design chosen was a Gothic Revival plan with East Asian influence. The home is a replica of a house Alfred and Elizabeth saw while driving on Riverside Drive in New York City.

While the home was under construction, John R. Winder and McCune called upon the First Presidency of the LDS Church. McCune told them that he and his wife, Elizabeth, were building a new home and wished to rent the Gardo House for two or three years. The Gardo house had been used as a residence and offices for LDS Church leaders. Relieved to find a suitable new tenant, the church accepted his offer and set the rent at $150 per month.

The McCune home site was chosen to rise up impressively over the nearby streets, and little expense was spared on decoration. McCune had mahogany shipped from San Domingo, oak from England, and a rare white-grained mahogany from South Africa. The red roof tiles came from the Netherlands, and an enormous broad mirrir wall was transported from Germnay in a specially made railroad car. The walls were adorned with moire silks, tapestries, and Russian leather. The exterior of the home was built of red Utah sandstone although some details like the lavish fireplaces used more exotic stone like Nubian marble. The home was completed in 1901 at a cost of one million dollars.

The McCunes lived in the home until 1920. Prior to moving to Los Angeles, they donated it to the LDS Church with the intent that it be used as an official residence for church president Heber J. Grant. Grant did not like the idea of living in such an ornate residence, and so decided to turn it into a Music School. It was used as the McCune School of Music, which ended in 1957 and was replaced by the Brigham Young University Salt Lake City Center, until 1972 when it too was moved into a larger location. In 1973, the LDS Church sold the house to a group of Salt Lake City residents who were seeking to make the building into a cultural center.

It then became the Virginia Tanner Modern Dance School, which held lessons in the ballroom. Since then, the building has been privately owned, often used for wedding receptions and other short-term rental.

Philip McCarthey, a shareholder of the Kearns-Tribune Corp., which published The Salt Lake City Tribune until 1997, bought the building and began restoring it after the August 11, 1999 Salt Lake City tornado, which had toppled one of the building's smokestacks. McCarthey completed the restoration in November 2001.

The mansion is reported to be haunted.