The plantation land first belonged to Martin Varner, who purchased the acreage in 1824. The beautiful antebellum mansion as well as many of the other original structures found at the plantation were built out of bricks handmade from Brazos River clay by the slaves belonging to Columbus Patton, the second owner of the property. In 1901, the first native-born governor of Texas, James S. Hogg, bought the property. The plantation remained in the Hogg family until it was donated to the state in 1957 by the daughter of Governor Hogg, Ima Hogg. Today, the historic site is comprised of the restored antebellum home, pecan orchards, multiple outbuildings, the governor’s outdoor bathtub, Patton’s cemetery, and sugarcane mill ruins. 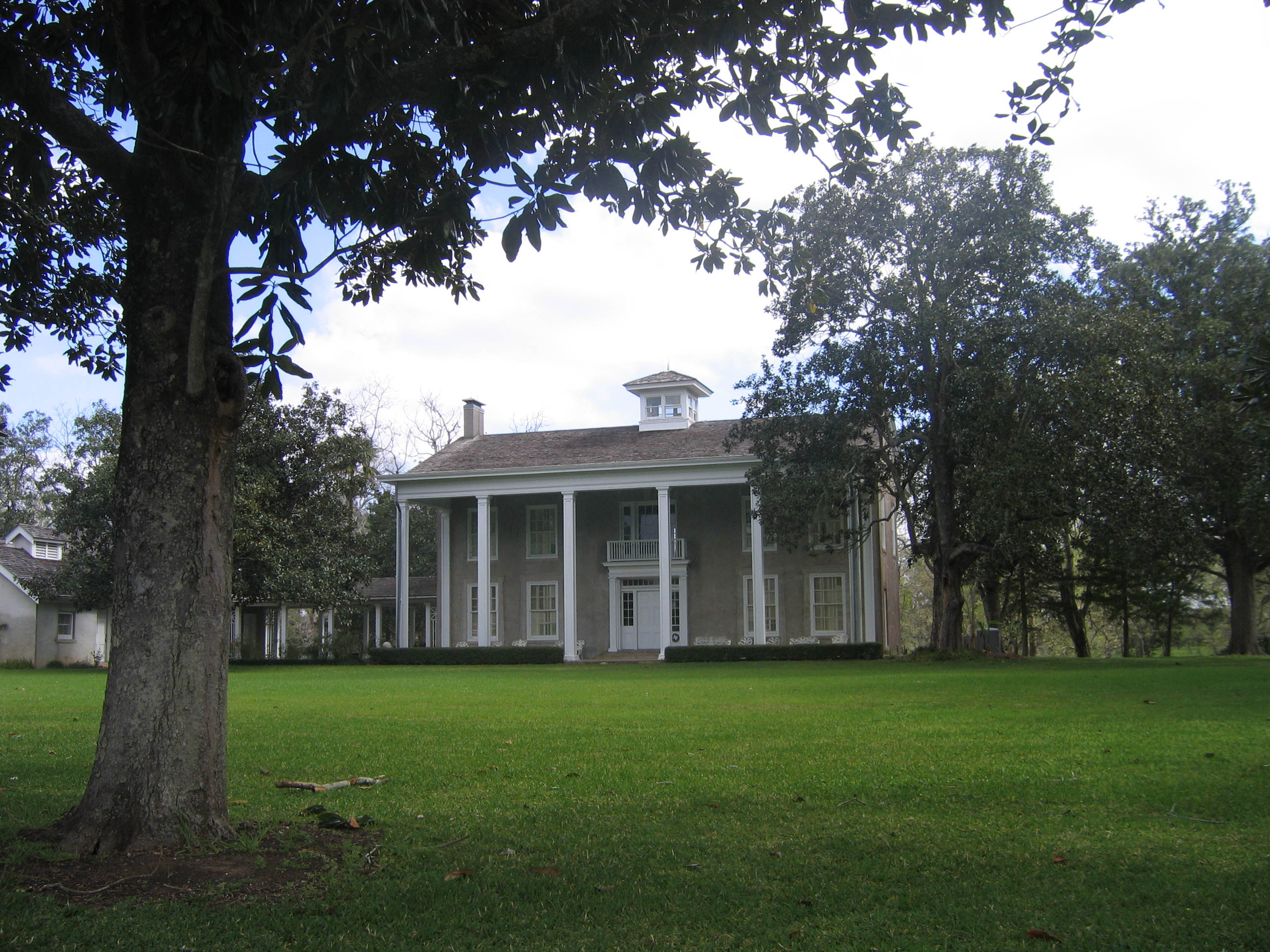 In 1824, Martin Varner moved from Virginia in order to take advantage of the settlement expansion in Texas. He received 4,428 acres of land from Stephen F. Austin on which he began a farm with livestock as well as a rum distillery.

In 1834, a Kentucky man named Columbus R. Patton purchased the property from Varner, and he brought 40 to 60 slaves to establish a large sugarcane operation on the plantation, which at that time was called Patton Place. In 1854, Patton was committed by his family to an insane asylum in South Carolina. When he died of typhoid fever in 1856, his will and the estate became the center of much family and legal controversy. Rachael, an enslaved woman whom Patton had a relationship throughout the time she worked for him, was granted her freedom as well as a yearly stipend as outlined by Patton's will. Following Patton's death, the executor of his will, John Adriance, became the manager of Patton Place until the family sold the property in 1869.

There were multiple owners from the time the Pattons sold the property until 1901. Eventually, the land became a part of a sharecropping system, and some the owners changed from sugarcane production to cotton farming. However, the plantation did not do well in the cotton industry, and after the Texas Land Company bought the property in 1876, the land was used for ranching.

After a hurricane in 1900 destroyed the majority of the buildings on the plantation, it appeared the property had seen its end. However, with an inkling that there may be the prospect of oil on  the grounds, James S. Hogg, who was a former Texas-born governor, bought the property in 1901. Unfortunately, Governor Hogg never found oil, but he wasn't ready to give up: before he died in 1906, he instructed in legal writing that his heirs not sell the property for at least 15 years. His children finally did find oil.

In 1958, daughter of Governor Hogg, Ima Hogg, donated the property to the state after furnishing it with historical pieces. The historic site is maintained by Texas Historical Commission and can be toured by the public six days a week (closed on Mondays).