The Old Salem historic district features a restored historical village turned living history museum. The historic district illustrates life in the eighteenth- and nineteenth-century Moravian community of immigrants and settlers who founded the town and farmed in the surrounding areas. The village, along with staff and volunteers who reenact village life for the public, showcase the North Carolina settlement. The village is composed of the remaining churches, communal buildings, shops and houses, 70 percent of which are original buildings. The town welcomes visitors to come and tour the village and experience demonstrations, interact with exhibits, and observe recreations of the Moravian people and lifestyle. 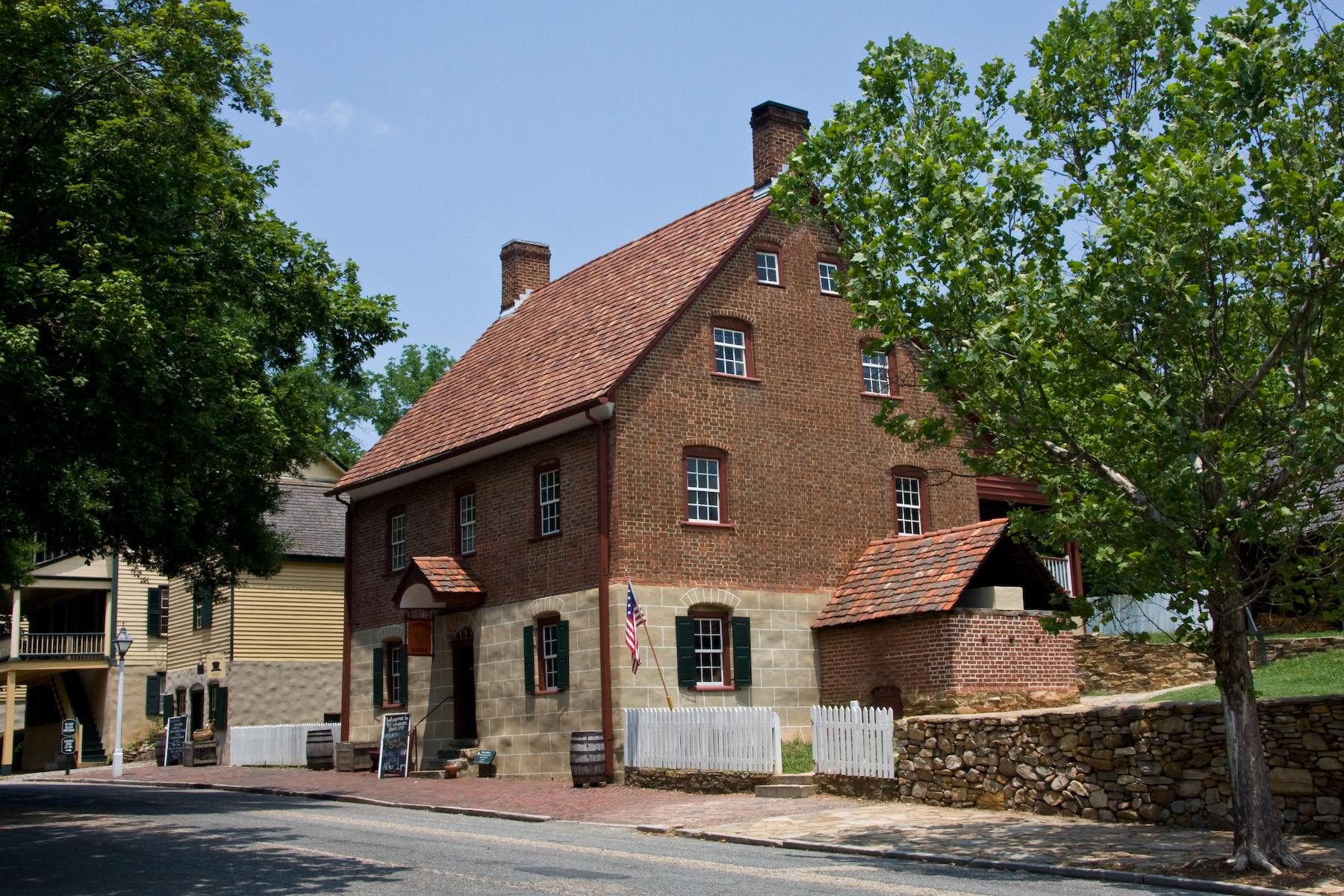 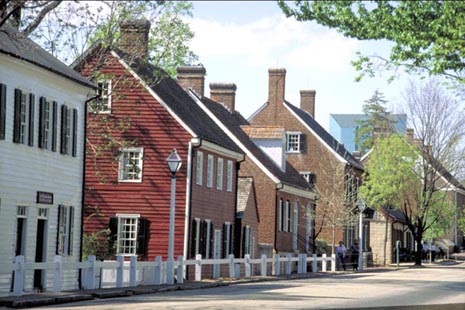 Horse and buggy outside on Old Salem grounds 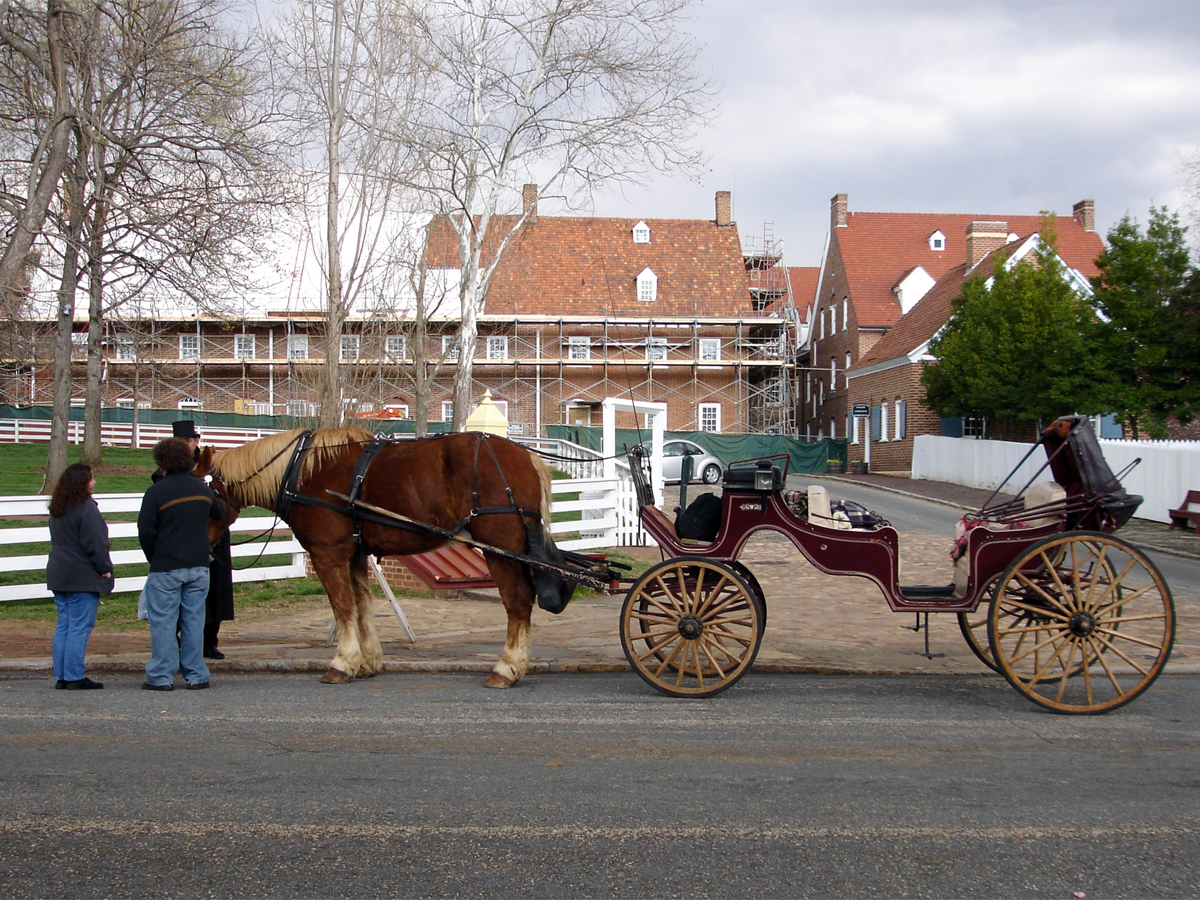 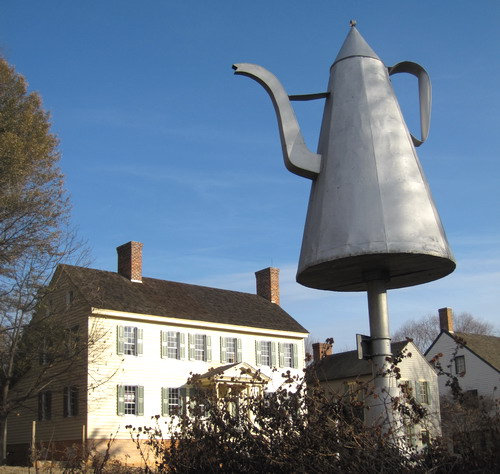 Historic interpreters in the streets of Old Salem 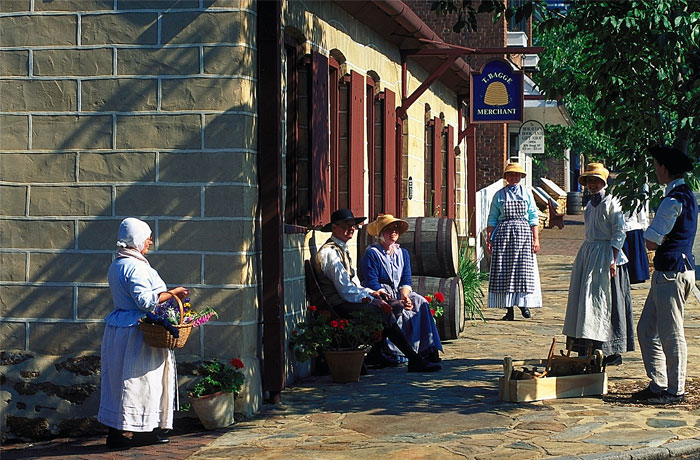 The Moravian Church dates back to 1457, first developing in the area that is now the Czech Republic. However, the Protestant denomination suffered religious persecution for centuries until they eventually immigrated to North America. Initially settling in Savannah, Georgia, the group then transitioned to Pennsylvania, where they founded several communities in cities that remain today. Eventually they moved to North Carolina in the search for additional property to farm. The settlement in Salem was founded, with intentions to grow Salem into the central town, while farmland spread out around it. At the time, in order to lease land in the area, one had to be an obliging member of the Church. Any transgression of the religious policies could result in dismissal from the land.

In 1849, neighboring Forsyth County was founded. Uninterested in joining the county, Salem sold property to the north, which would become Winston, to maintain control over the land and governing seats. In 1857 the church allowed residents to purchase their land, and hence forth became a legal municipality. In 1913, Salem joined with Winston, and became the only city in the country with a legally recognized joint name. In the 1950s, Old Salem Inc., a non profit, procured the land to develop preservation and restoration tactics. In 1966 it was declared a National Historic Landmark.

Today visitors can tour the restored and reconstructed buildings. Living history interpreters and demonstrators allow visitors to witness the lifestyle of the villagers in the eighteenth and nineteenth centuries.

The museum allows visitors to explore numerous professions such as gunsmiths, cobblers, tinsmiths, bakers, Blacksmiths, and carpenters, all of which are represented by on-site experts practicing their trade through demonstration while interacting with guests. Due to comprehensive record keeping, there is a significant information available on the lifestyle of the Moravians, allowing for a realistic understanding of their practices, traditions, and tactics. The tour also includes the old Boys' School and The Doctor's House. The school dates to 1794 and catered to boys from ages 6-14. The Doctor's House, formerly known as the Vierling House, was built in 1802 by Dr. Vierling, who was a renaissance man of the medical profession, practicing simultaneously as a "physician, surgeon, dentist, pharmacist, and veterinarian." In the future the museum hopes to open interpretive exhibits in both buildings, one exploring nineteenth-century education, and the other celebrating scientific advancement and exploring comparative medical practices between the eighteenth and nineteenth centuries.

Additionally, there is a significant emphasis within the living history museum to demonstrate the lives of the enslaved Africans held by the Moravians. While the immigrated Moravians did hold slaves, they were among the minority of groups who educated the enslaved individuals. Many of the enslaved were literate and trained in a profession. This demonstration is included within the village recreations.