In the 1840s, the city of York saw its population nearly triple in size as crowds of people poured in from all over the country in search of work. With only a limited population prior to this boom, York found itself lacking sufficient resources for all the newcomers. By 1845, York had already more than doubled in population and crime rates began to spike. Property, burglary, sexual assault, violent and even the murder were increasing at a frightful degree. With money came population increase. Then, with money and a large population, came crime. It is almost seemed inevitable. To try and combat this, the York county commission decided it was time to tear down the tattered jail from the 1700s, and construct a much larger, stable, secure prison in its place. It was completed in the late 1800’s on the edge of Chestnut Street. This was the first step in making York the city it is today. The structure of the jail is what you would expect in that time frame. There was an undersized courtyard, an unsanitary cafeteria, fortress-like outer appearance and hand constructed cells on the inside. Later, these cells were found to be filled with historic artifacts. The names of past officers, famous inmates and stories are etched in the walls.

This front section of the old York County prison was constructed in 1906 and replaced the older, 1853 version. 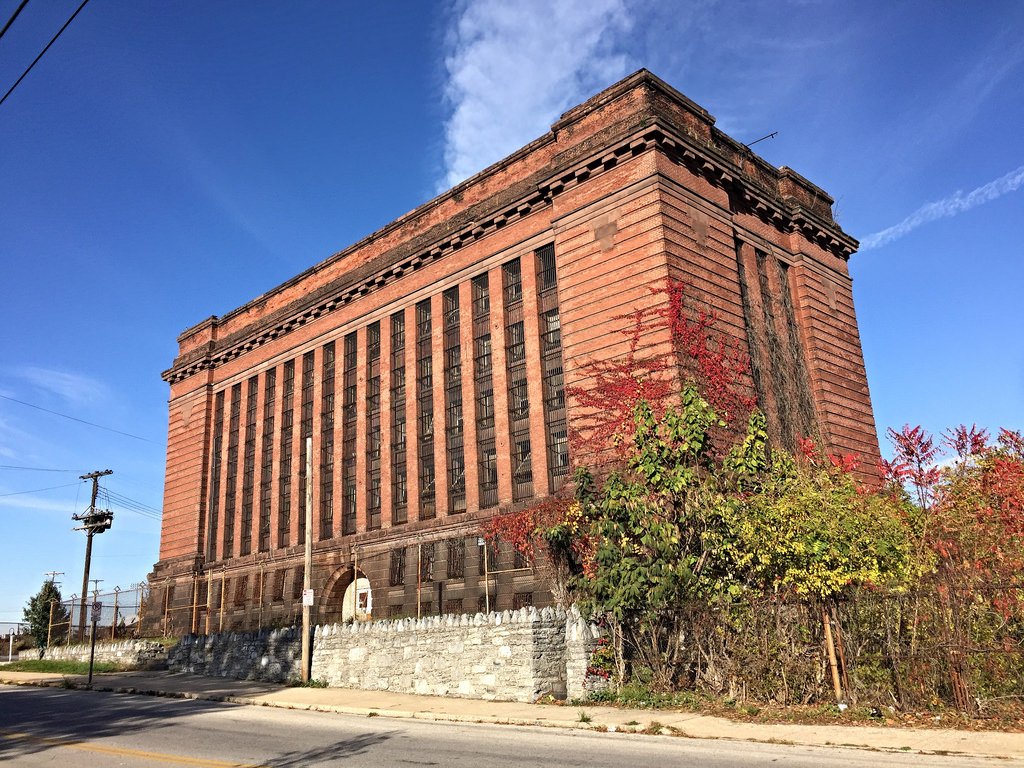 One of the dilapidated cell blocks within the prison. 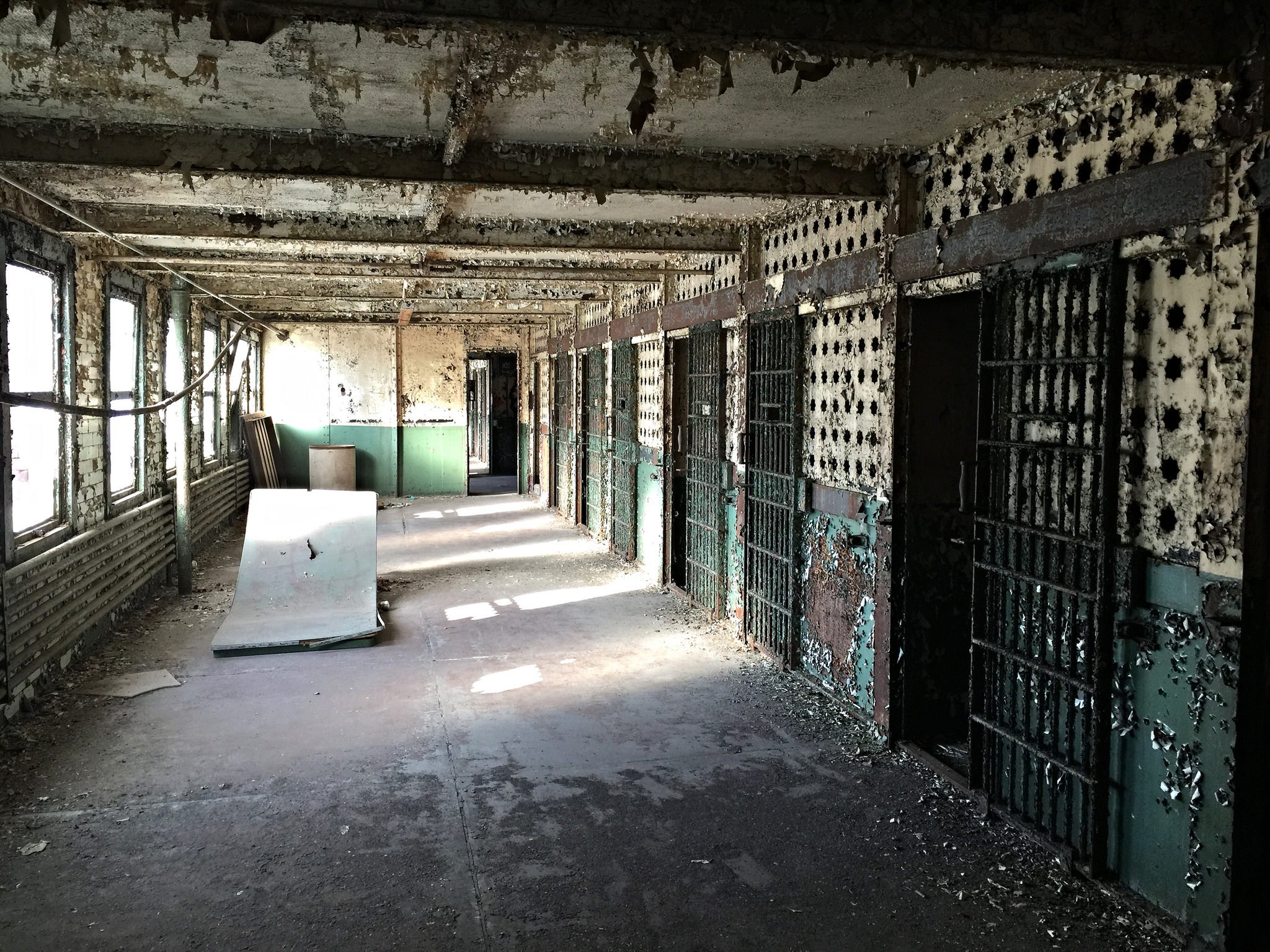 Despite the dangerous conditions and the fact that they're violating the law, the curious still manage to gain entry to the prison. 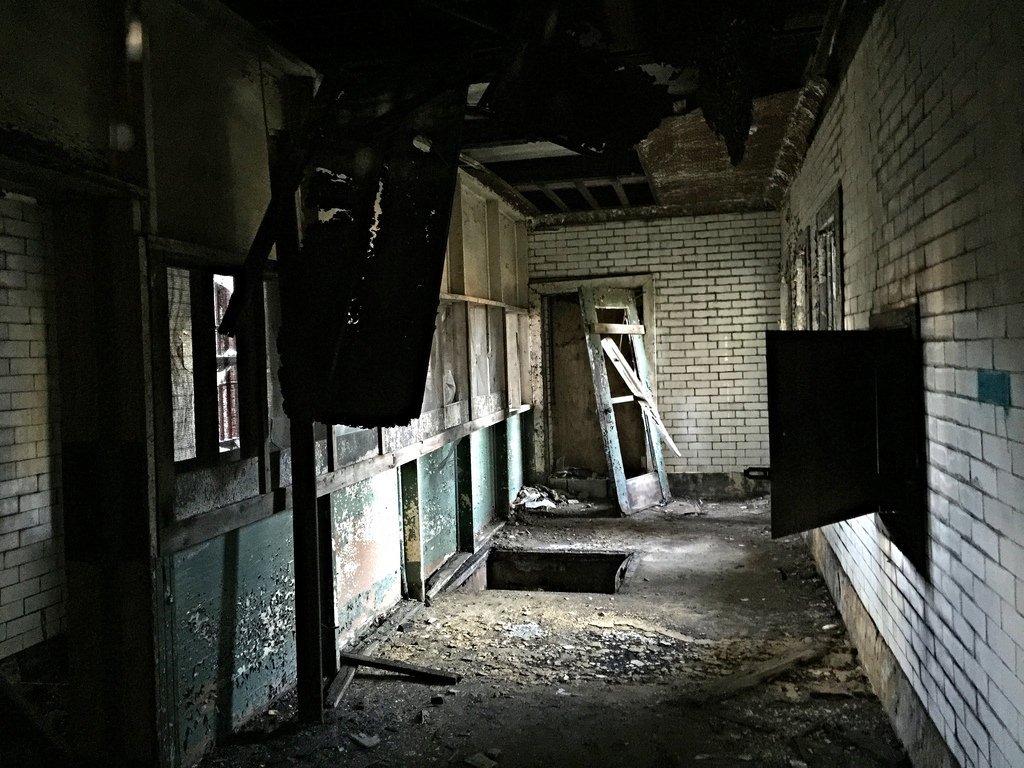 The open room on the prison's 5th floor. 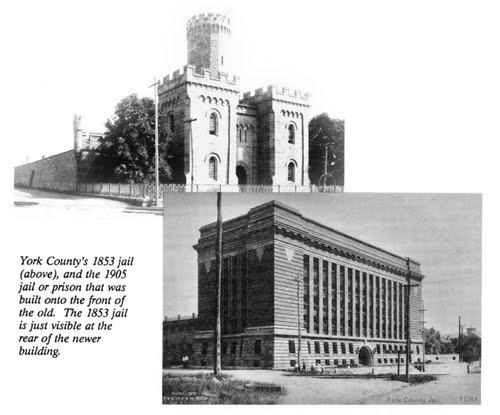 York’s first prison stood at the corner of South George and East King Streets and was used to house the town’s convicted criminals, to include British soldiers during the Revolutionary War, for a century (1755-1854).  York’s civic leaders then replaced the aging prison with a larger, more modern and imposing structure in 1853 and built a castle-like gaol with a two-story row of cell blocks that extended from the rear of the main building.  It became part of a larger complex of county owned buildings that included the York County Poorhouse and Hospital that occupied land where the Alexander Goode Elementary School now sits.

For reasons this author could not locate, the massive main building was razed in 1906. It was replaced with a 30,000 square-foot, five-story red brick structure that sits on a sandstone base and this is all that remains of the Old York Prison for the rows of cell blocks were later demolished.  The large rectangular building features rows of recessed vertical windows that can be opened as they are, as expected, covered with bars.  It also contains an arched main entrance and decorative cornice just below the roofline and a “hanging hook” and trap door for those receiving capital punishment.

The prison was accused of controversial activities in the 1950s such as housing general population prisoners in padded cells reserved for the criminally insane as the prison became overcrowded.  There were also accusations of racial segregation and civil rights violations filed by African-American prisoners.  Lastly, it was reported that the inmates were served meat from roadkill animals retrieved by local authorities in a cost-saving measure.

The prison was closed in 1979 when a new facility was built in Springettsbury Township along Concord Road.  The remaining building and land was then purchased by John and Joyce Gearhart in 1982 for $51,500.  Since that time, it has sat vacant while many development ideas were considered, to include: a private prison, parking garage, bar, nightclub, hotel, vocational school, arts center, retail shops, Halloween scare house, and prison themed restaurant.  The Gearharts then put the aging prison up for sale in 2007 for the price of $3.9 million.  Their asking price was never met.  The Gearhart family and the York Redevelopment Authority then participated in an eminent domain lawsuit that began in 2014 when the RDA seized the facility in 2014 and offered the Gearharts $69,000.  In late 2016 the court ruled in the Gearhart’s favor and placed the value of the building and property at $1.25 million.  The RDA has since appealed that decision.

Today, a chain link, barb wire-topped fence surrounds the old prison.  Inside, paint peels from the walls and ceilings, inmate art remains on the walls and more recent graffiti abounds.  Cell doors hang open, old kitchen equipment is scattered about, evidence of squatters is left behind and curious thrill seekers still manage to find their way in despite the “no trespassing” warnings and the dangerous condition of the deteriorating building.