Originally the farm owned by Prussian immigrant Werner Trimborn, the Trimborn Farm was the site of a once prosperous lime production business. Starting with only ten acres, Trimborn was eventually able to expand to approximately 500 acres. Even after Trimborn's death, his family operated the farm. Today, the farm is owned by the Milwaukee County Park System and operated by the Milwaukee County Historical Society. It is the location of nine historical structures including one of the largest and last stone barns in the state, farmhouse, a workman's bunkhouse, threshing barn, and 75-foot kiln. 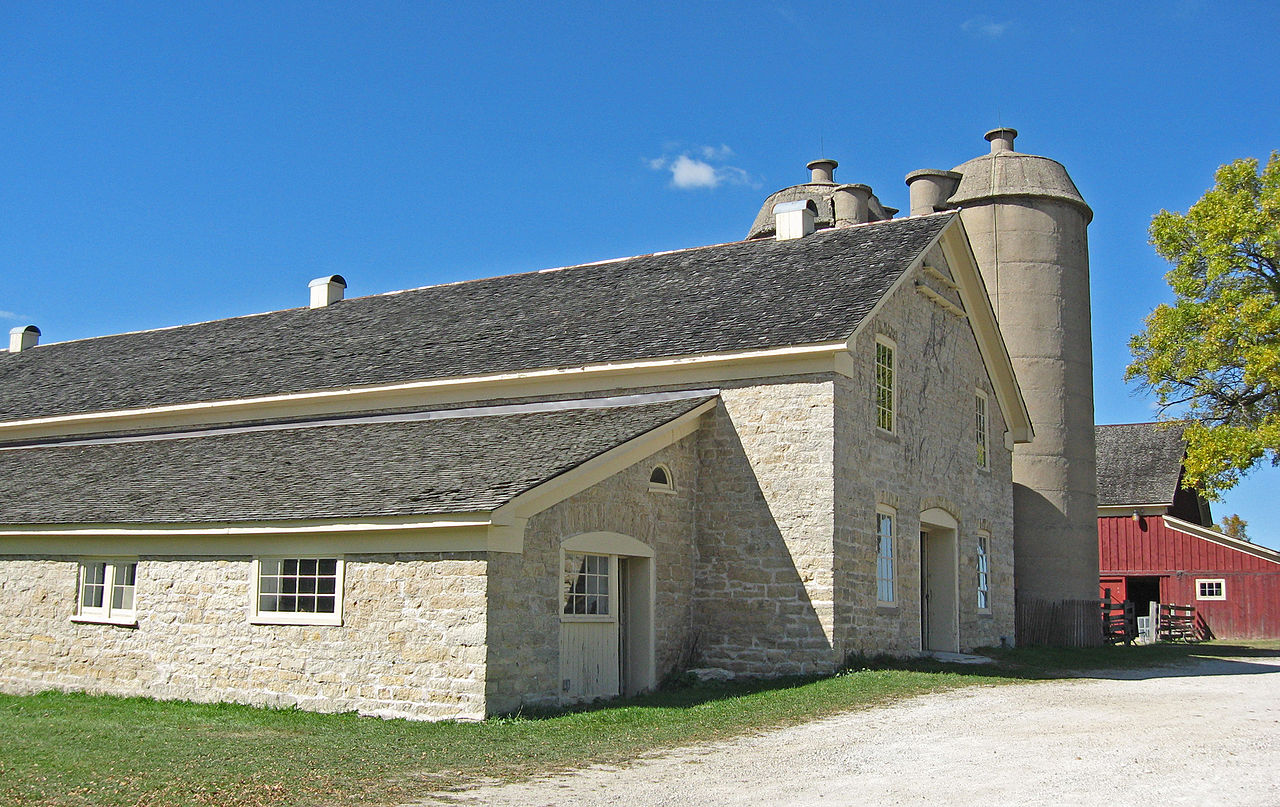 In 1847, Werner Trimborn and his children came from Prussia to Milwaukee where he joined with Jacob Kier to acquire a quarry, kiln, and ten acres in order to create a lime production business--what became known as Trimborn Farm. This was a smart business investment at the time since lime was an important resource for construction, paper production, water purification, food preservation, and agricultural fertilization. Before long the farm was yielding 200 barrels of lime a day. According to a website published by the Milwaukee County Historical Society, "[b]y the late 1870s, Trimborn Farm encompassed over 530 acres and employed approximately 40 people."

Trimborn passed away in 1879, and subsequently, his sons August and Leonard took over the business. However, the eventual production and use of Portland cement replaced lime and the Trimborn sons made the decision to lease the farm and business. From 1882 to 1900, the farm was rented to outside investors, but overtime the brothers began to sell sections of the property.

Theodore Vollmer purchased the majority of the original land, and he worked it as a dairy farm. According to the Milwaukee Historical Society, "In 1919, the Froemming family purchased and farmed another portion of the original property. They are best remembered for constructing greenhouses that were in use until the 1980s. In 1928, a large portion of the Froemming land was donated to Whitnall Park. Thomas Saxe, a gentleman farmer and movie theater entrepreneur, purchased what was left of Trimborn Farm. He was a guiding force in early movie theaters throughout the state, most notably the Oriental Theater on Milwaukee’s Eastside."

Eventually the farmland fell into the hands of the federal government. While the construction of the greenbelt community was underway, the Greendale Resettlement Administration used the farmland for a housing and and staging area. The land then once again became privately owned and used as an airfield. In fact, some of those individuals who used the airfield helped to later found the Experimental Aircraft Association, which is now located in Oshkosh.

In 1980, the farmland was purchased by the Milwaukee County Park System. A restoration project was soon underway so that the property structures and their histories could be properly interpreted and preserved. In 2004, the Milwaukee County Historical Society began managing the site. The historic site features a Cream City brick farmhouse, one of the last stone barns in the state, a workman's bunkhouse, threshing barn, and 75-foot kiln.