This 7-acre park contains several recreated historical structures that once stood here. These reconstructed buildings include a grist mill that George Washington once owned, a 1790s distillery, and a 1850s beehive bake oven. The park is owned and operated by the Perryopolis Parks and Recreation Authority and one should contact it for information regarding the park's access to the public. 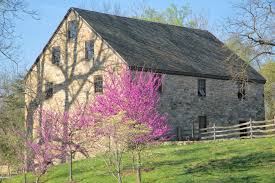 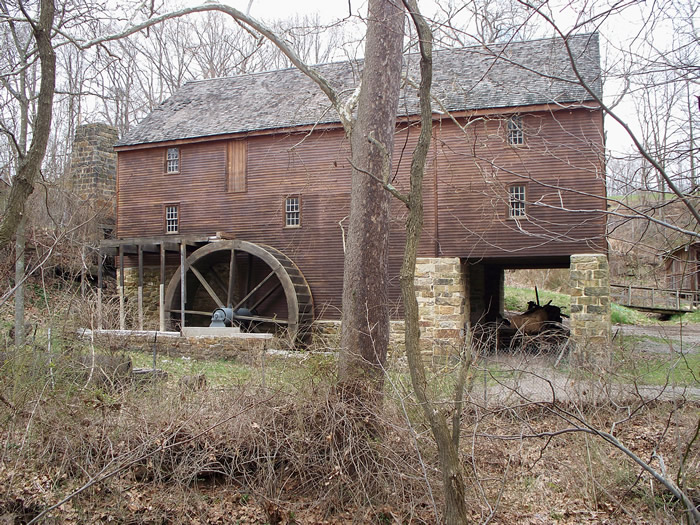 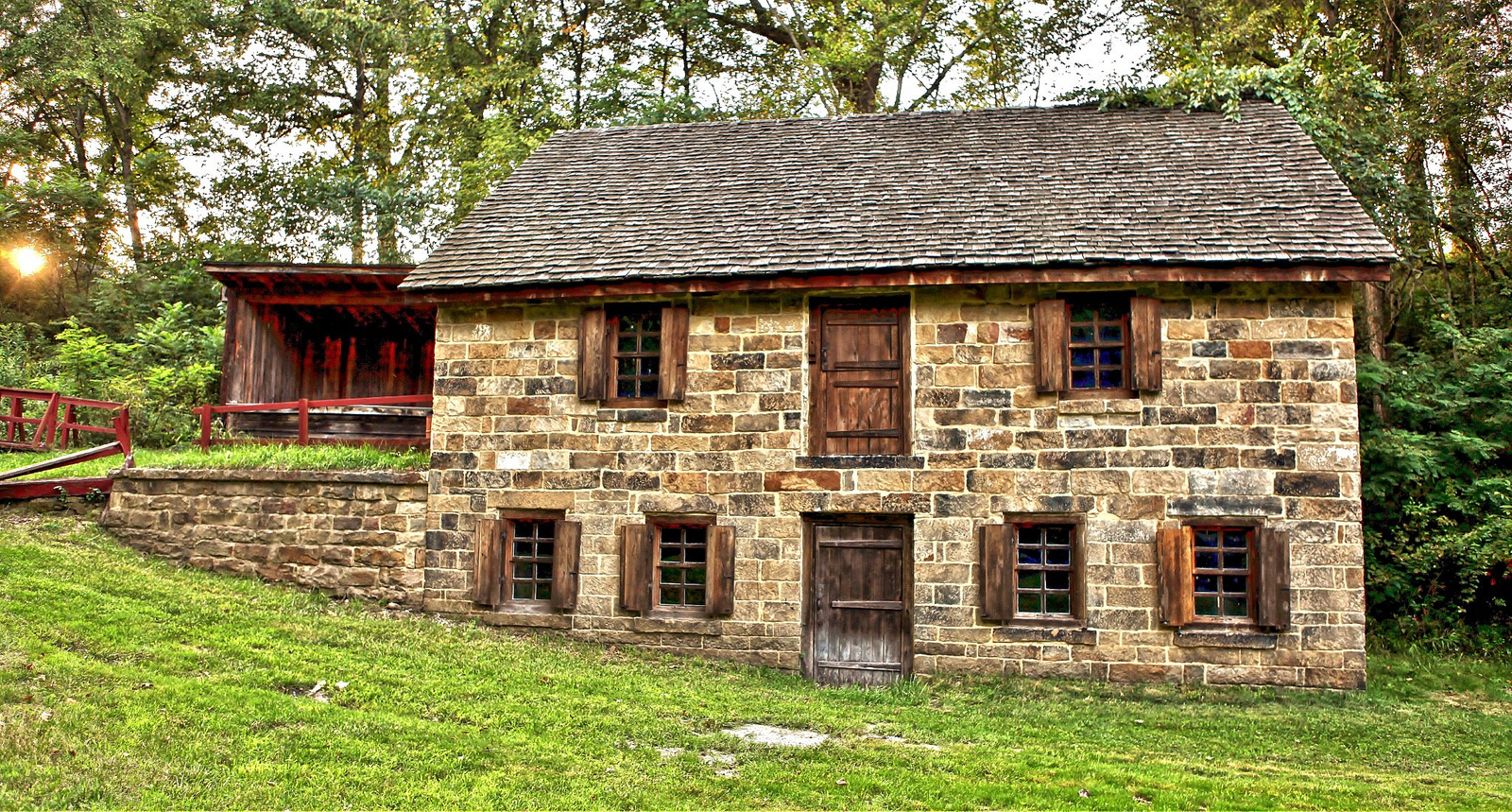 Distillery with grist mill in the background. 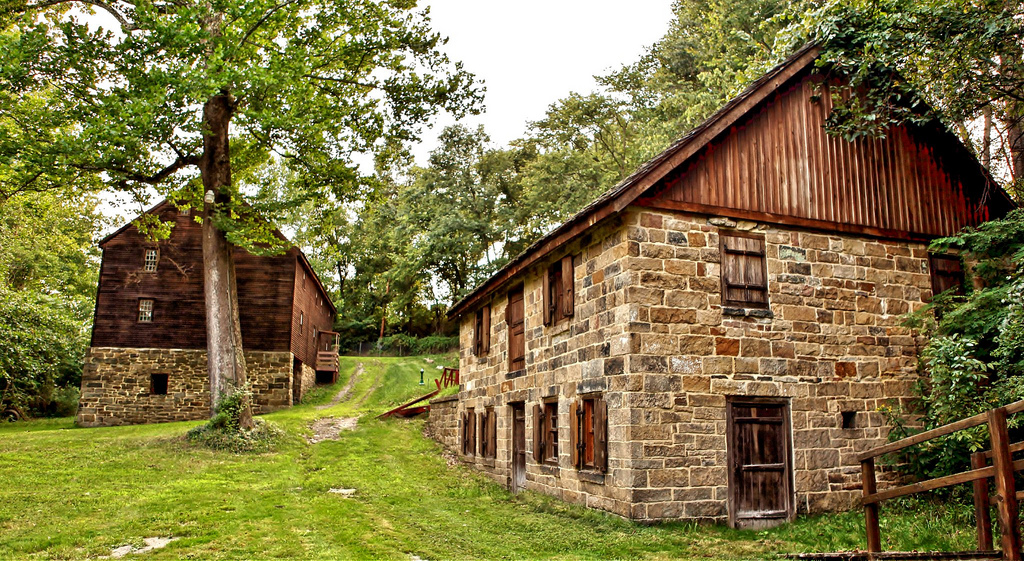 The centerpiece of this park is the reconstructed grist mill that was originally built by William Crawford at the behest of George Washington who owned many acres of land in and around what would later become Perryopolis. When Crawford completed the mill in 1776 the area was known as "Redstone" or Washington's Bottom." While Washington never operated the mill, he leased it to his friend, Israel Shreve, there is evidence that he visited the area on several occasions. The mill eventually fell into disrepair and collapsed in 1926. It was finally rebuilt from 1992-1999, to include its massive water wheel which was added in 2003.

Within a few feet of the grist mills sits Shreve's Distillery which was originally built sometime around 1790. It served as roll in the infamous Whiskey Rebellion in 1794. Ironically, it was President Washington who sent federal troops to the area to quell the rebellion. Nor far from the park, just across Layton Rd and also along Washington Run, sits another historical building, that being Searight's Fulling Mill.

When viewed as a whole, the complex represents one of the few, authentic, pre-industrial areas left in the United States. The Perryopolis Parks and Recreation Authority recently added a new playground at a cost of over $100,000, and also has plans to make the mill, distillery and bake oven operational complete with historical exhibits and educational programs.

While the park is located only a few blocks from the Perryopolis town center, finding it can prove to be a bit difficult. It is located just across Galley St from the Harry Sampey Park between Galley and Layton (State Route 4038) Roads. Access, if available, is off of Galley St.

This tour offers guided directions to many of the leading historical attractions of Perryopolis. The tour includes several historical buildings as well as landmarks and the local history museum.