The Ohio State Reformatory, located in Mansfield, Ohio, was an active prison from 1896 until 1990. The buildings in the complex are a simultaneously imposing and inspiring example of an eclectic variety of architectural styles, most notably Richardsonian Romanesque and Queen Anne, executed in limestone, sandstone, and brick. It was originally intended to reform young first-time offenders and was one of the first such institutions in the nation. The Reformatory eventually became a maximum-security prison; conditions were so bad that the Counsel for Human Dignity sued on behalf of the inmates. The state agreed to begin phasing out the complex and constructed a new facility, the Mansfield Correctional Institute. The old Reformatory came into the hands of the Mansfield Reformatory Preservation Society, which now operates the structure as a nonprofit museum, paranormal exploration site, and special event venue. The building has been featured in several movies and music videos, most famously The Shawshank Redemption in 1994.

The exterior of the Ohio State Reformatory 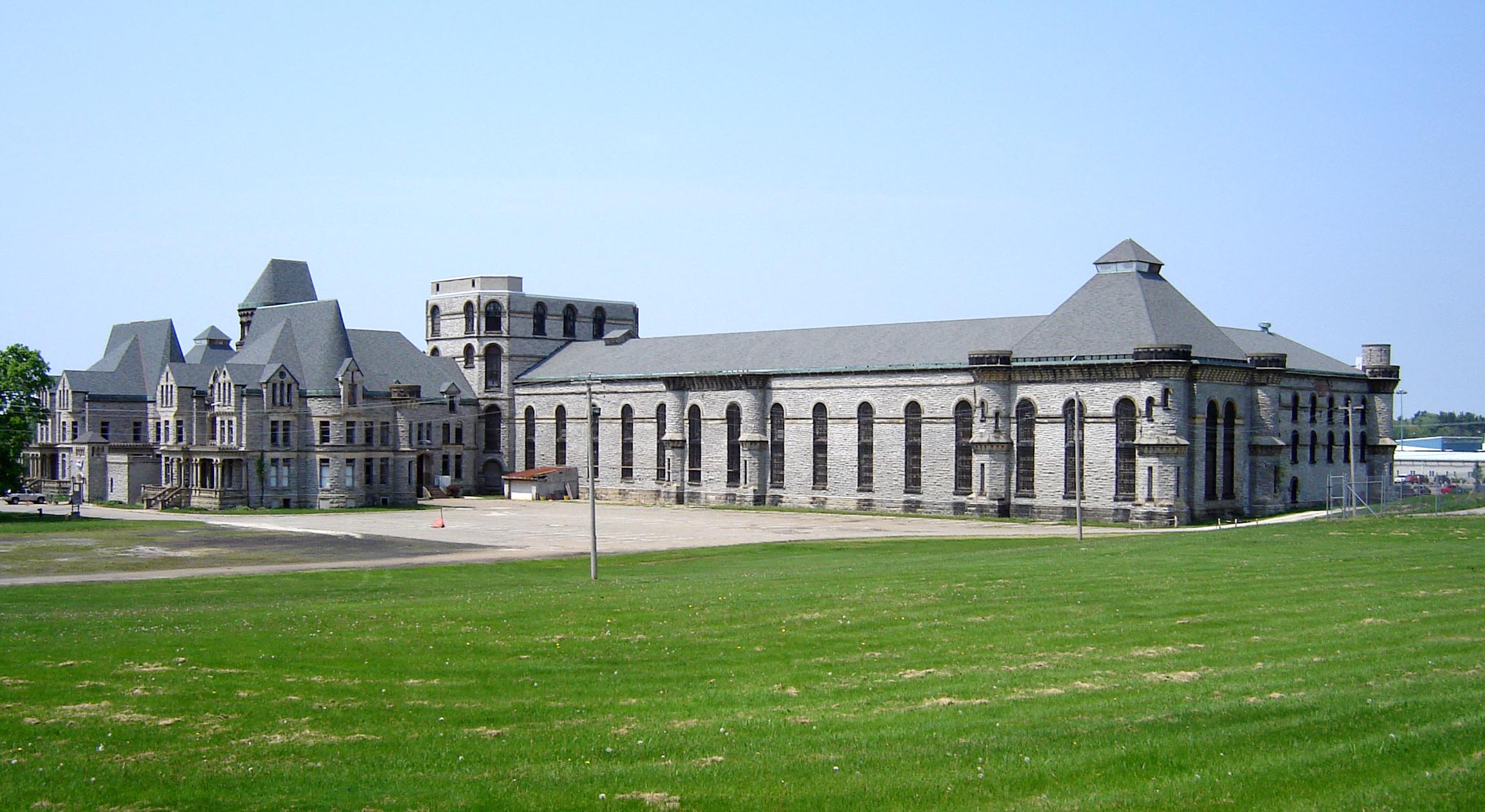 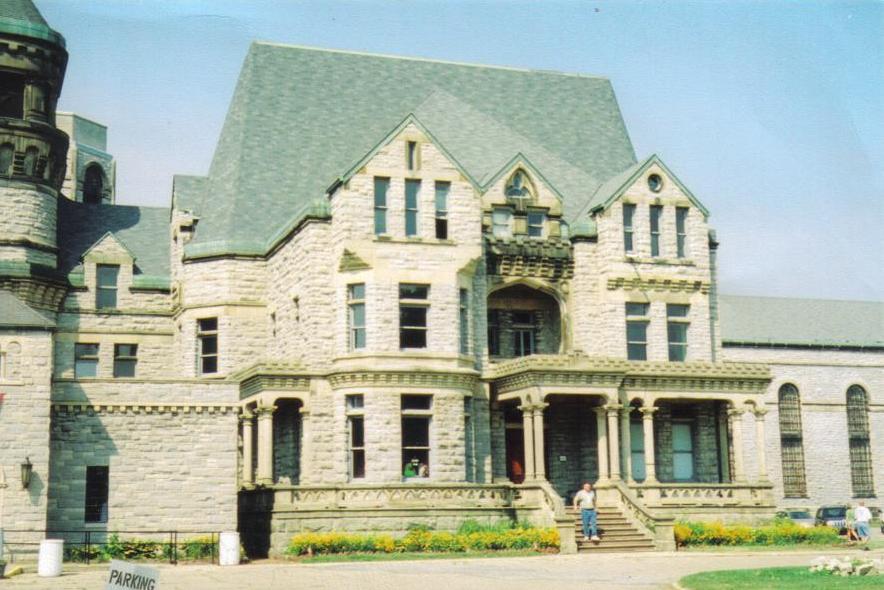 Steel staircase in the interior of the Ohio State Reformatory 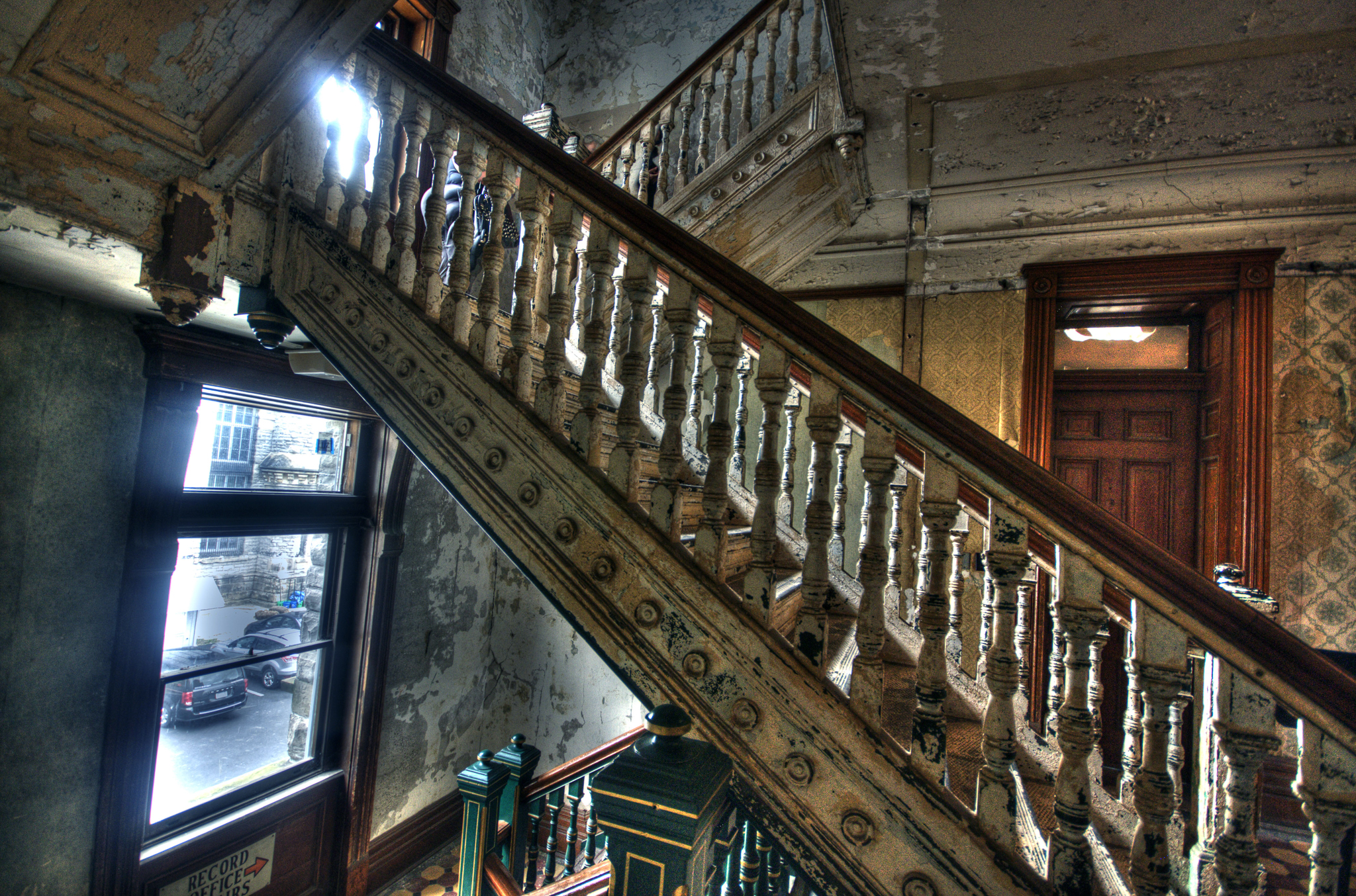 Cell windows in the interior of the Ohio State Reformatory 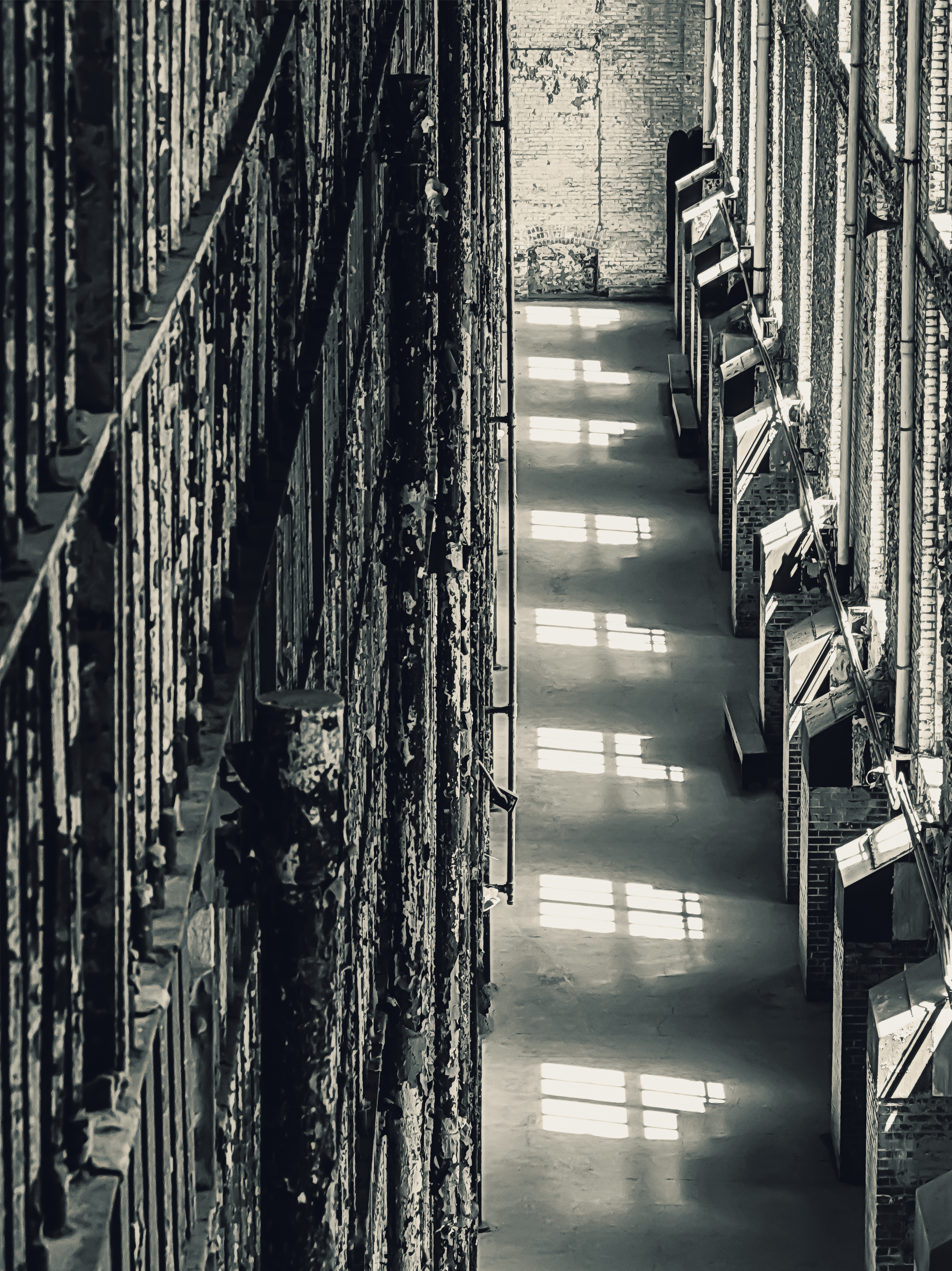 A single cell in the Ohio State Reformatory 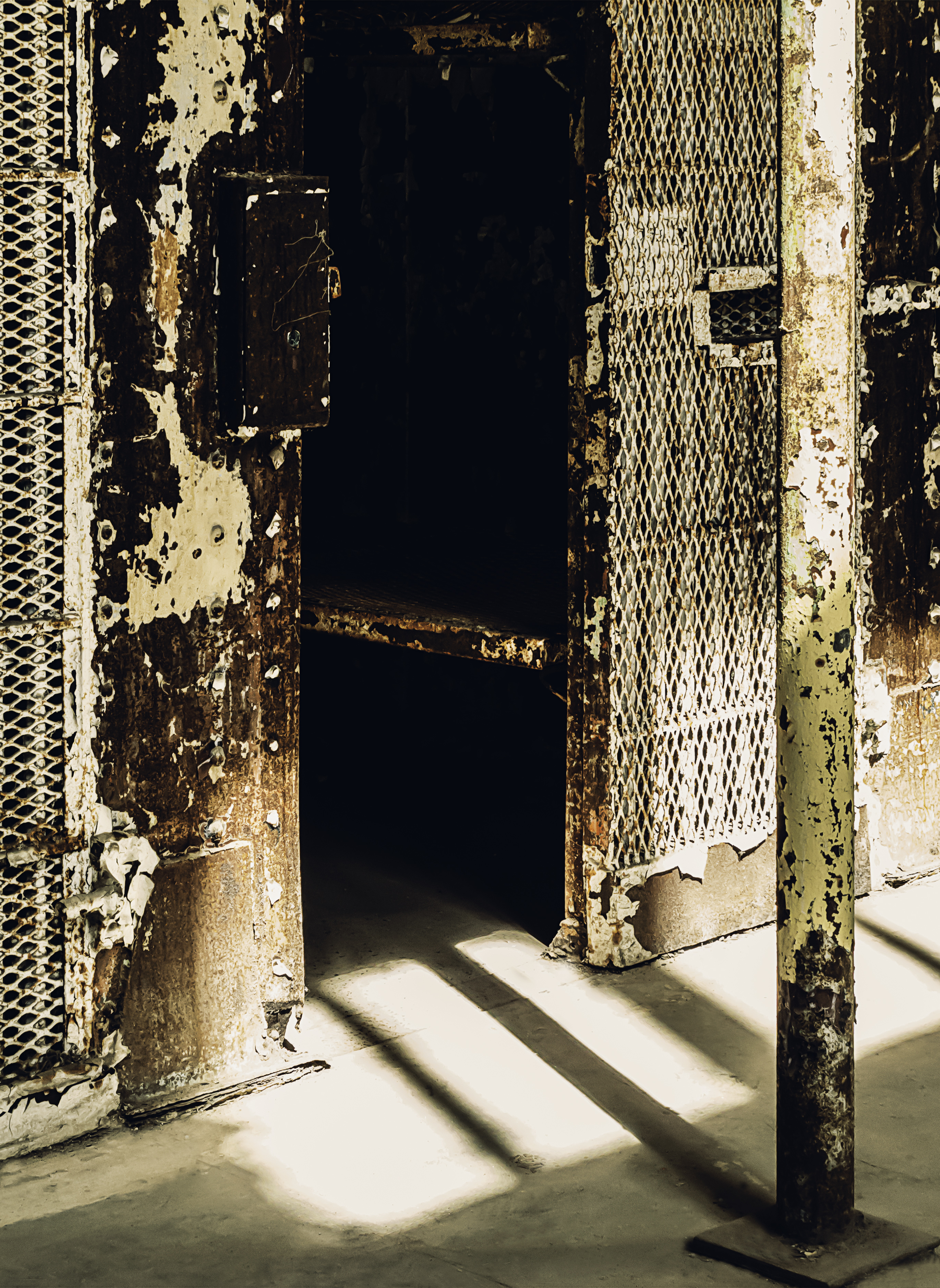 Prominent Mansfield citizens began lobbying for a prison following the Civil War, but their efforts were largely fruitless until the mid-1880s. In 1884, the Ohio State Legislature authorized construction of an Intermediate Penitentiary, intended for men between sixteen and thirty who committed their first felony (outside of second- and third-degree murder) – those whose age and crime put them between juvenile prisons and the State Penitentiary. In 1885, Mansfield was chosen as the site for the new prison, and the cornerstone was laid with much fanfare on November 4th, 1886. It suffered from slow funding; state legislators even tried to convert it into an asylum, believing reforming young men was a hopeless task. Mansfield citizens paid to send the entire legislature to the successful New York State Reformatory, and, sufficiently impressed, the legislators allowed the project to continue. In April 1891, the Intermediate Penitentiary was renamed the Ohio State Reformatory and it received its first 150 prisoners (again with much fanfare) in mid-September 1896. These prisoners built a new physical plant, a sewer system, a twenty-five-foot-high wall surrounding the central compound, and other structures on the property. In fact, the prison was not officially completed until 1911.

The Reformatory was intended to educate its inmates and train them in a trade over an eighteen-month term; if they were not then fit to be released, they would be kept for another eighteen months. This plan was quite effective for many years. However, as the prison began to fill up and then overcrowd, quality declined sharply. As early as 1933, a research committee called it, “a disgrace.”[3] In the 1960s, it was converted into a maximum-security prison – a move completely contrary to its design. Conditions eventually became so poor that the Counsel for Human Dignity sued the state on behalf of the inmates (in 1976), claiming that the prison subjected them to “brutalizing and inhumane conditions.”[3] The state ultimately settled by deciding to improve the prison temporarily with the intent of building a new facility by 1986. After several delays, the Mansfield Correctional Institute opened in 1990 and the old Reformatory was closed.

The Reformatory complex has been used for many movies and music videos over the years. The most famous of these was The Shawshank Redemption, starring Tim Robbins and Morgan Freeman, released in 1994. In 1995, the property was purchased (for one dollar) by the Mansfield Reformatory Preservation Society. Today, the Society offers tours (both historic and “haunted”) of the Reformatory, operates the Ohio State Corrections History Museum and the Shawshank Museum on the property, and uses the facility for special events. In 2015, the North Central Ohio Industrial Museum was also established inside the Reformatory.

Other than its long history, the Ohio State Reformatory is significant for its varied architecture. The original buildings were designed by Cleveland architect Levi Scofield. Scofield mixed elements of several architectural styles, most noticeably Richardsonian Romanesque and Queen Anne, to create an eclectic structure that was simultaneously imposing and inspiring. His design was supposedly greatly influenced by German castles; a medieval feel pervades the entire complex. While some of the more decorative architectural elements have been removed over the years, much survives, especially on the administrative building, which also retains many of its elaborate interiors. The east cellblock is also exceptionally noteworthy; with its six-story open center full of individual cells, it is said to be the largest freestanding steel cellblock in the country and possibly the world.