Located in Beaufort County, South Carolina, the Emanuel Alston House was built in 1915. It is an example of early twentieth century vernacular architectural form that was common in the St. Helena Island area. The house was listed in the National Register on October 6, 1988.

The Emanuel Alston House was built for Emanuel Alston by his brother Tecumseh Alston. Alston lived in the home from 1915 to 1985. In October 1988 the home was listed on the National Register of Historic Places. 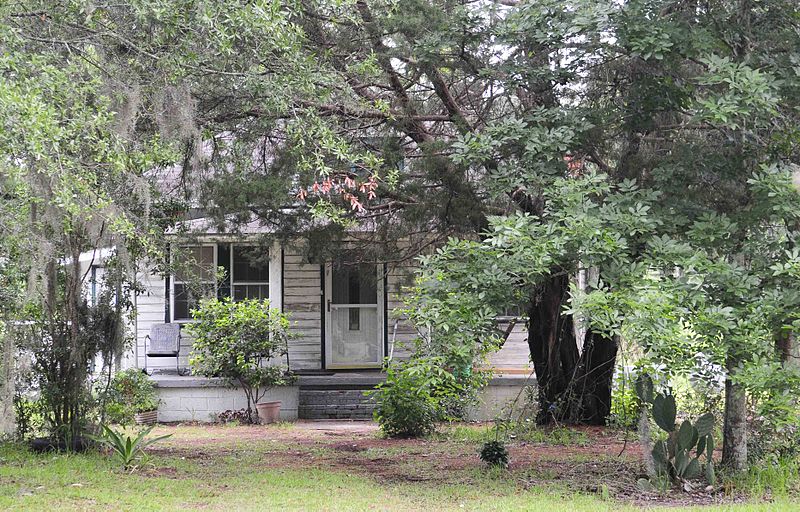 The Emanuel Alston House was built in 1915 by Tecumseh Alston, who was a carpenter. Tecumseh Alston built the house for his brother Emanuel. It is a rectangular one-story house with a brick foundation. It consist of a hipped, metal roof.

There is a full-width porch that extends across the front of the house. The porch is also covered by a low hipped roof. The porch roof is supported by simple wood posts. Consistent with homes of this type, it offers a shed or hipped roof dormer on the front roof slope. This provides light and ventilation for the attic space. An additional porch was later added to the house.

Born in 1900, Emanuel “Mannie” Alston lived in the house from 1915 until his death in 1985. For many years Alston served as an elder at Ebenezer Baptist Church where he took a leading part in the services. On October 6, 1988 the house was listed in the National Register.