Located in downtown Pensacola, St. Michael's Cemetery has been a burial site since the mid-1700’s. St. Michael’s is one of the only cemeteries in the world that has the graves of nobles buried among servants and slaves. Visitors will also notice the appearance of conch shells next to tombstones belonging to men and women of African descent. The cemetery covers eight acres and includes approximately 3200 marked graves.

The main entry gates in front of St. Michael's Cemetery. 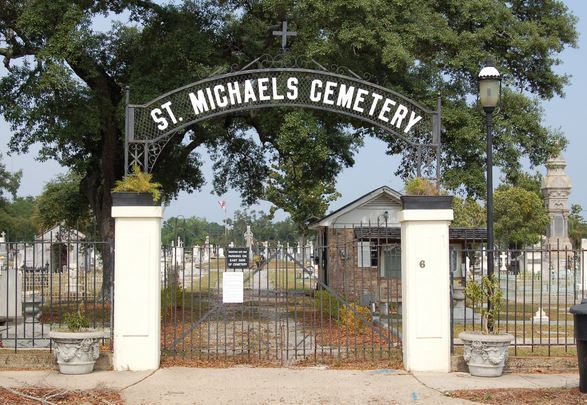 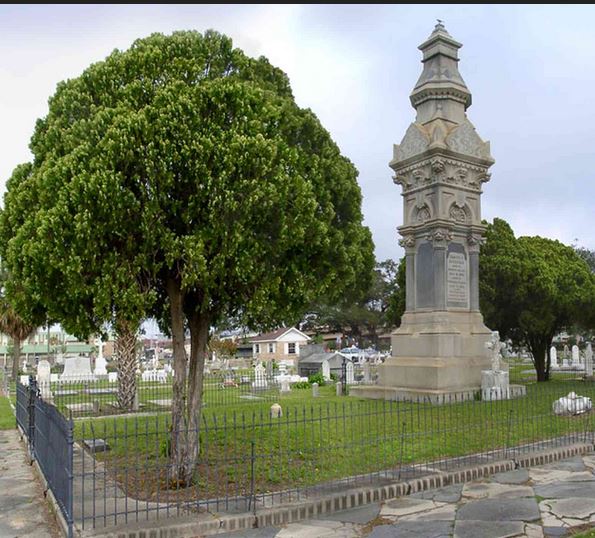 This map points out points of interest for the self guided walking tour. 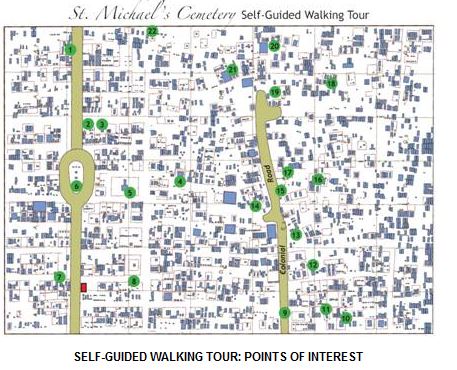 Many of the grave sites include ornate stones or statues 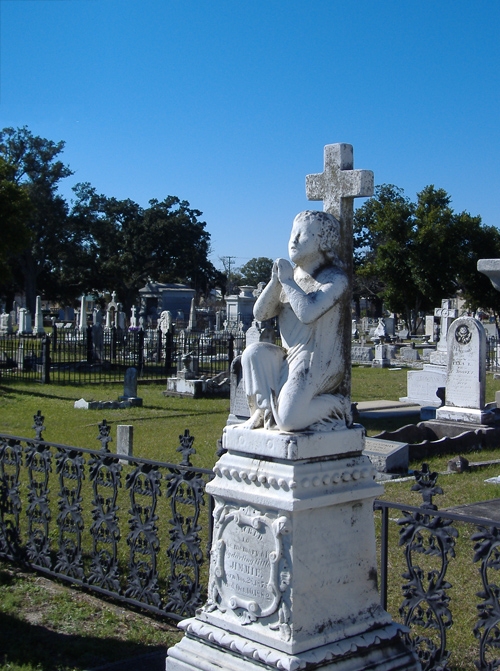 A burial site of a person of African descent 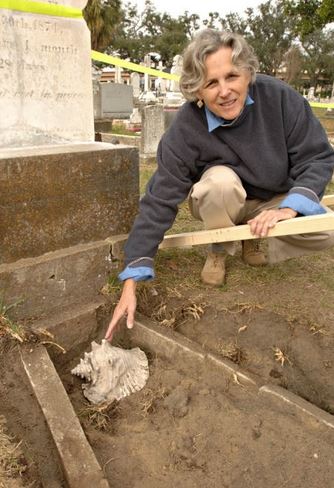 The King of Spain authorized the creation of St. Michael's as a cemetery 1807. Officially a cemetery for Catholics, people of all faiths and races have been buried at the cemetery from the very beginning. The cemetery offers guides for self-guided tours that highlight various points of interest. One of the points of interest is the grave of an African American woman named Theresa. Theresa was a slave that was purchased in Mobile by a family with the last name of Moreno in 1844.

The family that purchased Theresa are also buried at the cemetery. Don Fransisco Moreno was a prominent leader in the Pensacola area and owned thirty slaves as of the year 1860. Following emancipation, only three slaves elected to stay with the Moreno family, one of them being Theresa.

Most prominent people buried here include: