Newspaper Rock State Historic Monument is one of the best preserved and largest known petroglyph panels. It is located along Highway 211 between Monticello and Moab, Utah. Canyonlands National Park is west of the site. The rock panel, which is protected by a rock overhang, is about 200 square feet and contains hundreds of petroglyphs, the oldest ones estimated to be 2,000 years old from the Archaic period. Subsequent cultures (probably Anasazi, Fremont, Navajo, Anglo, Pueblo and Ute) continued to create glyphs. Glyphs include mounted horsemen (the most recent ones), geometric designs, and different animals. The site was declared a state landmark in 1961 and placed on the National Register of Historic Places in 1976. 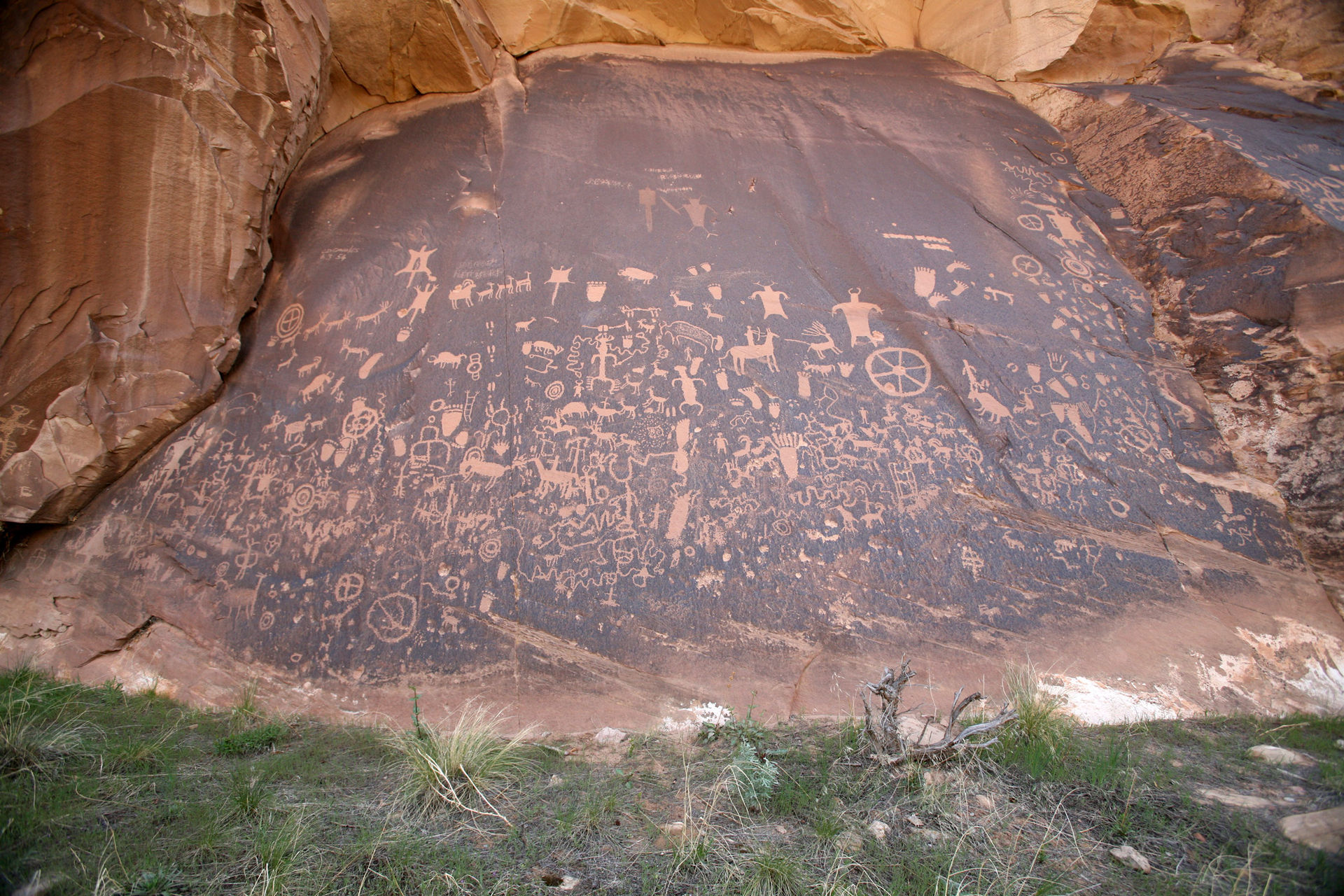