Established in 1846 by free people of color and slaves, the First Baptist Colored Church of Pensacola was both the first black church in Pensacola, and the first interracial church in the area, although this transition was less than positive for many of the early congregants. Although formed by people of color, the influx of white residents into the area changed the composition of Pensacola-an area where slavery had once been rare due to Spain's willingness to grant freedom to people of African descent who would support the empire. With the United State's purchase of Florida from Spain, slavery soon spread into the area and white trustees assumed control of the church by the late 1840s. Although slaves and masters attended services together prior to the Civil War, whites assumed control of the congregation and taught that the Bible counseled slaves to obey their masters. When white citizens fled the area in anticipation of the Union Army's occupation, this was the only church to remain in operation. Today, John the Baptist Church is the oldest black church in Pensacola. It is also the only connection between the present black community and Hawk Shaw, the early African American community in Pensacola. 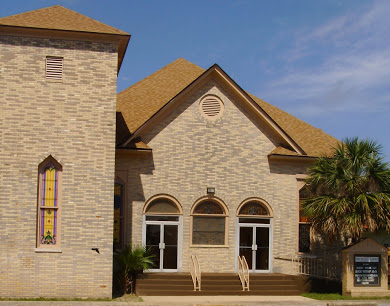 After the Civil War, the congregation returned to its original composition-persons of African descent. Officers of the Freedmen's Bureau utilized the church as an institutional partner during Reconstruction, and by 1872, the members of the congregation had raised funds sufficient to begin construction of a new church edifice. In that year, African Americans in Pensacola dedicated John the Baptist Church at the corner of 10th Ave and Salaminca Street. That church building was destroyed by fire in 1896. After rebuilding the church the following year, the congregation again withstood tragedy in 1906 when a tropical storm hit Pensacola. Undeterred, the congregation rebuilt and dedicated their new church building in 1907.