The official museum of the state, Tennessee State Museum includes 60,000 square feet of exhibit space for the museum's permanent exhibit which takes visitors through the history of the state from its Native inhabitants to the modern era. There are also several galleries that feature rotating exhibits that go into more depth about specific themes and topics such as women's history, the Civil War, civil rights, and political history. The museum is located on the first few floors of the James K. Polk building in downtown Nashville. The building is also home to the Tennessee Performing Arts Center.

The Tennessee State Museum occupies three floors of the James K. Polk Center, offering over 60,000 square feet of permanent exhibits as well as rotating exhibits that focus on specific topics and themes. 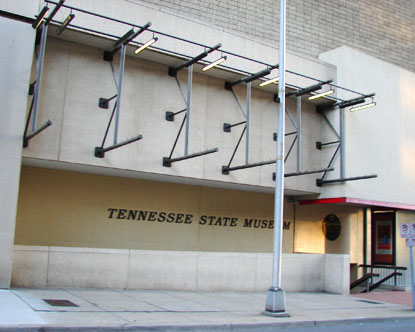 The museum's collection of uniforms, weapons, and battle flags from the Civil War is one of the largest in the nation 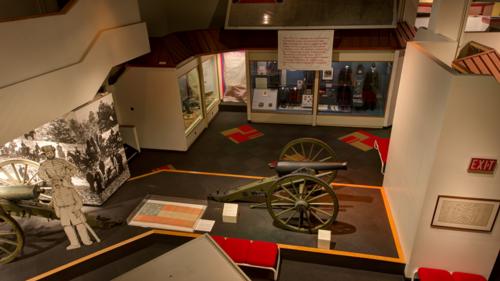 The beginnings of the Tennessee State Museum can be traced back to a museum opened on the Nashville public square in 1817 by a portrait artist, Ralph E.W. Earl. A young boy who visited that museum in 1823 wrote home that he had seen a life-size painting of then General Andrew Jackson. That same painting hangs today in the State Museum, now located at the corner of Fifth and Deaderick streets.

In 1937 the General Assembly created a state museum to house World War I mementos and other collections from the state, the Tennessee Historical Society, and other groups. This museum was located on the lower level of the War Memorial Building until it was moved into the new James K. Polk Center in 1981. The Tennessee State Museum currently occupies three floors, covering approximately 120,000 square feet with more than 60,000 square feet devoted to exhibits.