Cathedral of the Assumption

Louisville's Cathedral of the Assumption is both the third oldest Catholic Cathedral in the United States and the fourth oldest public building in Louisville. The historic grounds were consecrated in 1830, though the current cathedral wasn’t built until 1852. The cathedral has seen quite a lot of history, from the anti-immigrant Bloody Monday riots of 1855 to the fallen soldiers of the Civil War.

The Cathedral of the Assumption 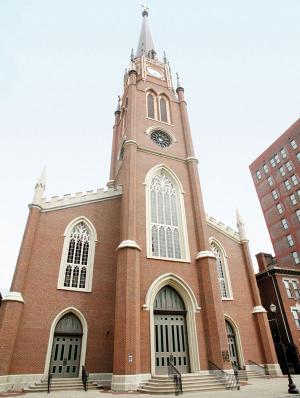 Germans being attacked by Nativists, published in the Louisville Courier-Journal, 1897 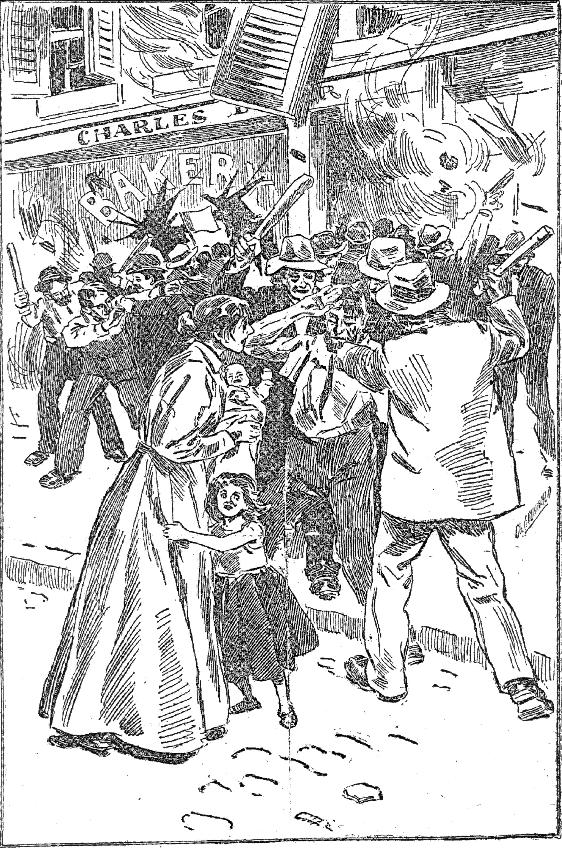 Founding the Cathedral of the Assumption

A Catholic presence first became evident in Louisville in 1811, when a small group formed the St. Louis Church. They were served by a "circuit rider priest" named Father Stephen Theodore Bodin.

In 1830, the St. Louis Church moved to the current location of the Cathedral of the Assumption. In 1841, the Diocese of Bardstown, which included most of Kentucky, Tennessee, Illinois, Missouri, Ohio, Indiana, and Michigan, moved from Bardstown to Louisville. The St. Louis Church was then renamed St. Louis Cathedral.

Bishop Joseph Flaget decided in 1849 that Louisville needed a new cathedral. Though he died on February 11, 1850, Bishop Flaget witnessed the start of construction on what is today the Cathedral of the Assumption. The Cathedral was dedicated on October 3, 1852.

One terrible piece of history that took place, in part, within and around the walls of the cathedral was the bloody riots of August 6, 1855. Today, the infamous event is known as "Bloody Monday."

The conflict began during the presidential election of 1844. "Nativists" (those attempting to protect the rights of native-born Americans) devised a plan to set themselves up at polling stations to prevent illegal voting by immigrants. A popular German newspaper ran a warning about the plan and urged German-Americans to go to the polls armed in order to protect their rights. George D. Prentice, who would become famous for his anti-immigrant writings, then translated the warning and published it in the Whig Louisville Journal. As one might imagine, discussion of conspiracies and opposing sides arming themselves generated much resentment, until eventually a mob formed at the German newspaper, forcing the editor of the paper to flee.

On the August 6, 1855 election day, members of the Know Nothing Party started fist fights with German and Irish American voters at the polls. Reportedly by noon, all immigrant voters had left the polls. Afterward, in what is today "Phoenix Hill" and at the time the center of where most immigrants lived, Know Nothing Party adherers formed a mob, ransacked neighborhoods, and murdered 22 people. As much of the immigrant-concentrated area burned, the Know Nothing mayor actually came to the rescue of the Cathedral of the Assumption, as well as the German St. Martin of Tours. Because of the mayor's intervention, the immigrant-dominant churches were saved, and the violence ended.

Today, docents are happy to give tours of the Cathedral church and the Archdiocese of Louisville History Center to organizations, and Archdiocesan parish and school groups.

Group Tours can be scheduled by calling the parish office (502) 582-2971. Guided tours are by appointment only.