The Brick Tavern Stand is a historic building in Montour Falls, New York, that is now the home of the Schuyler County Historical Society. Built in 1828 as a tavern for stagecoach lines, it later became a sanatorium, a select school for boys, and a boarding house. It served as the offices of Dr. Charles Clawson for many years before his grandson gave the property to the historical society in 1974. The building was listed on the National Register of Historic Places in 1994. The museum features changing exhibits and a genealogy library. The society owns two other buildings, the Lee School and the Wedgwood school. 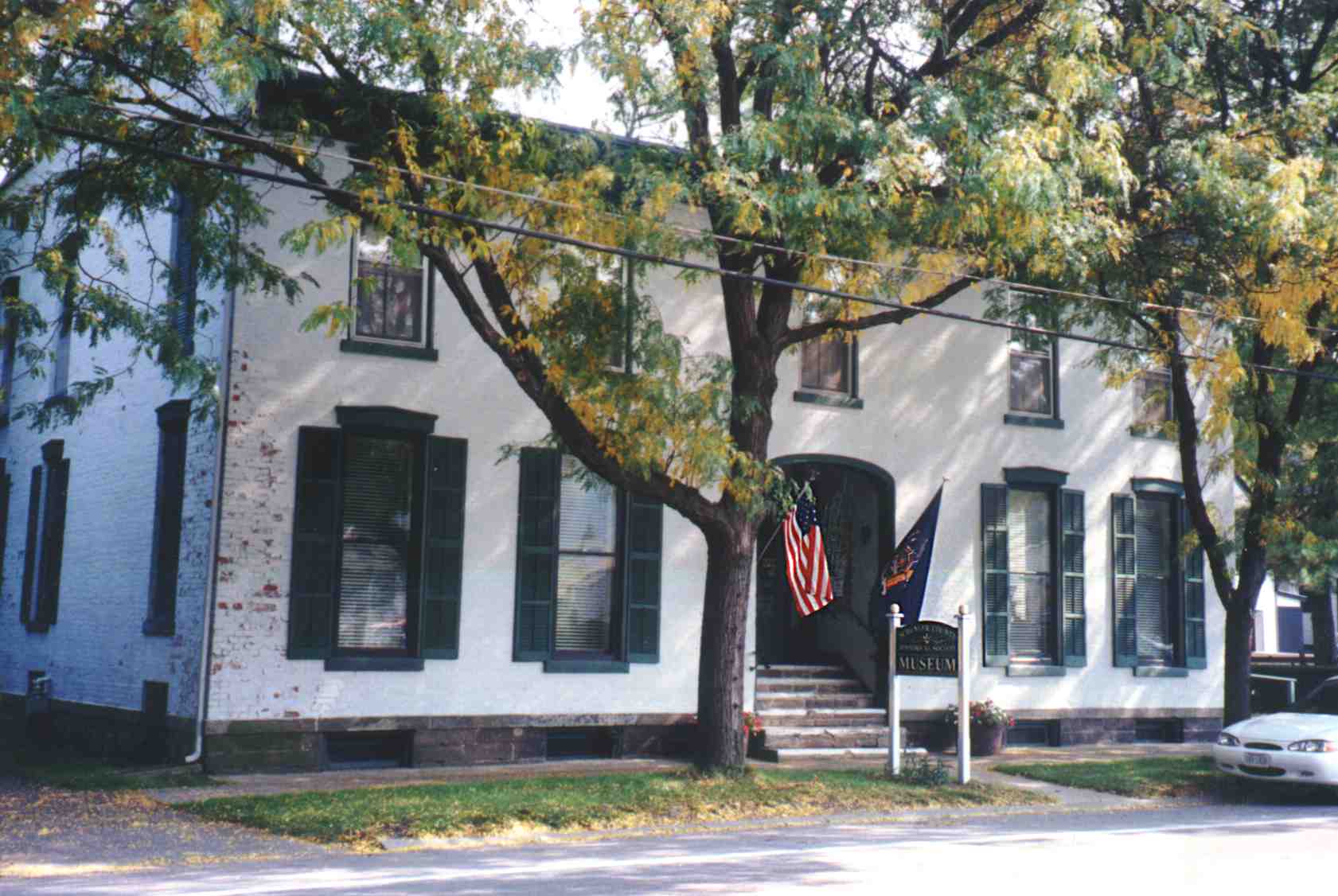