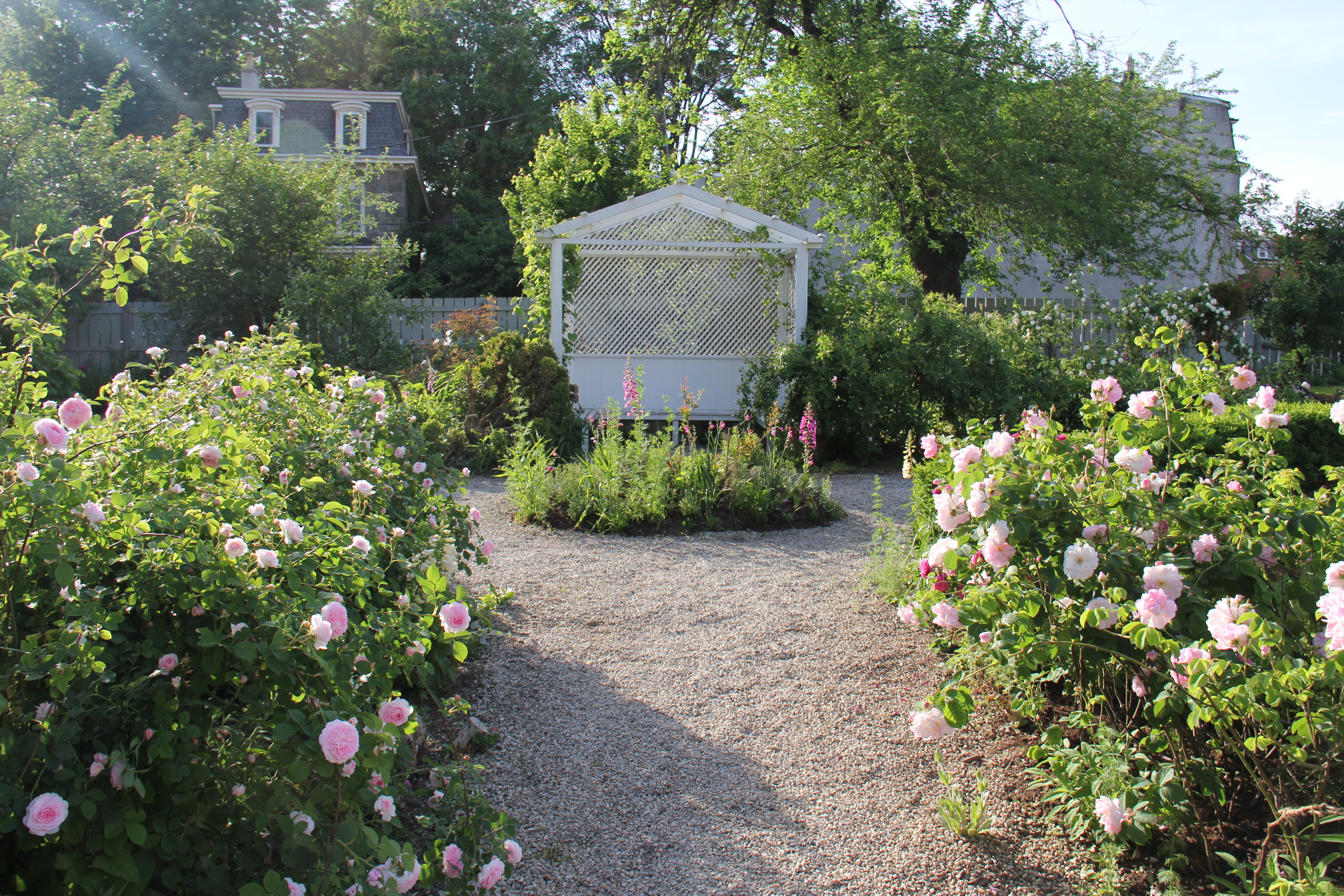 The Wyck rose garden is the oldest rose garden in the United States that is still growing in its original plan. The garden was designed in 1821 by sixth generation resident of Wyck, Jane Bowne Haines (1790 - 1843). The Wyck Rose Garden itself was dates to the 1820s and is home to over 50 cultivars of historic roses. Included in the garden are the original rose plants from the 19th century design, as well as plants from the 18th century kitchen garden. Several roses in cultivation today were thought lost until they were discovered growing at Wyck, and all specimens of these varieties in commercial trade descend from Wyck plants. Beginning with Rosa spinosissima in early May and ending with Rosa moschata in late October, Wyck’s historic roses are remarkable for their beauty as well as for their fragrance, which fills the garden. Wyck is a rare wonder for garden lovers and an important repository of plants that have disappeared from other historic gardens. Other areas of the property are planted not for decoration and pleasure but rather for practical purposes. In the late-17th and 18th centuries, the property extended all the way to present-day Wissahickon Avenue but was sold off in the 1850’s as Germantown developed into a desirable suburb. 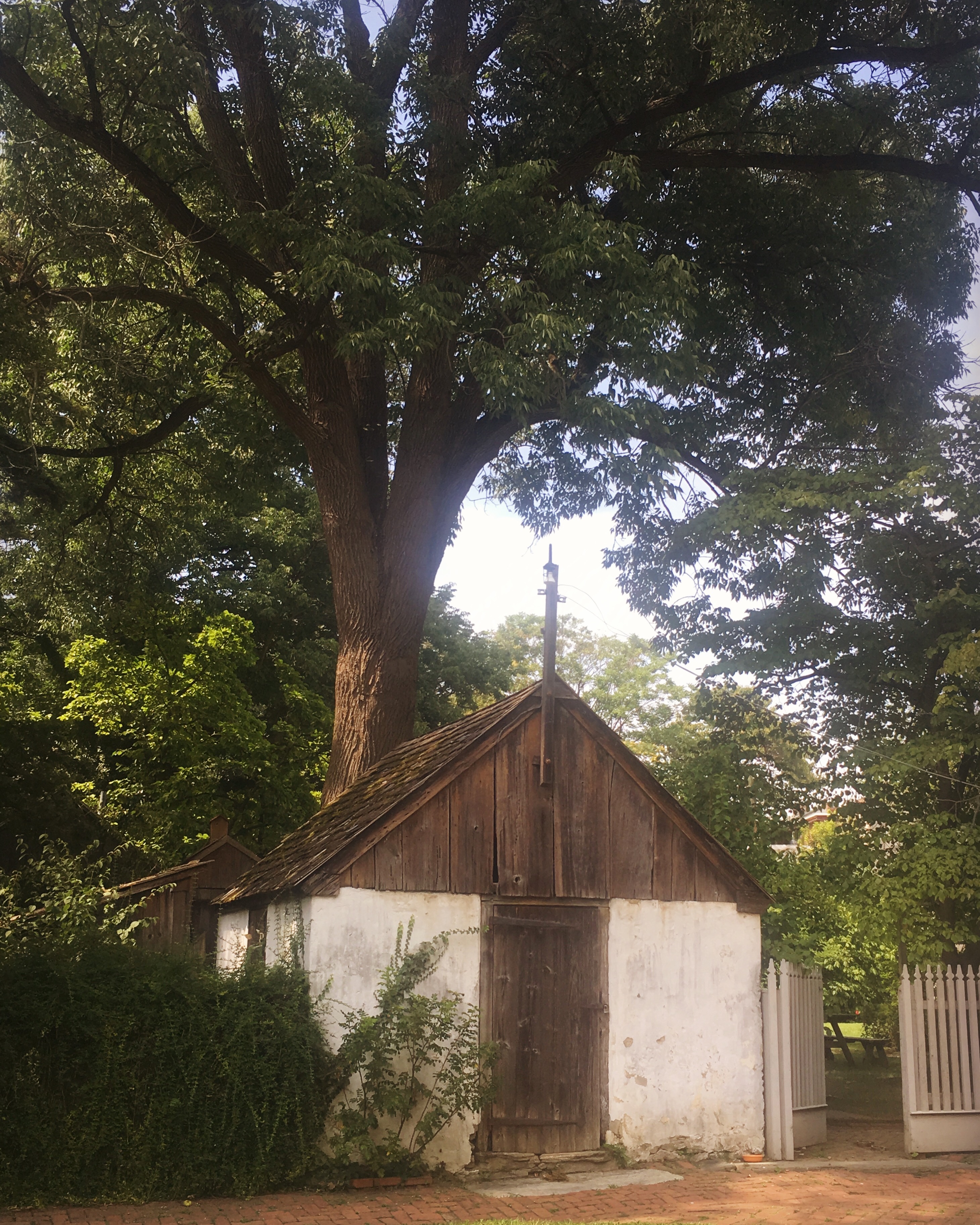 This smokehouse dates to 1797 when food preservation was essential to the nutritional survival of Wyck's inhabitants. Without modern day refrigeration, meat would spoil quickly if left untreated. Even still, butchering of larger animals was left for colder weather when naturally cool temperatures helped prevent meat from going bad too quickly. Smokehouses such as this one would be used to hang meats after they had been salted for later consumption.

Wyck is a National Historic Landmark house, garden, and farm in the Germantown neighborhood of Philadelphia that served as the ancestral home to one Philadelphia family for nine generations (1690-1973). Here, traditional Quaker culture blended with a passion for innovation. The people who lived and worked at Wyck expressed these values through their commitment to education, horticulture, natural history, and preservation. Today, the Wyck Association connects this family and its rich history to the Germantown community through programs that focus on history, horticulture, and urban agriculture, using the past as inspiration for the present. Our 2.5-acre, centuries-old site plays an essential role in the life of our 21st-century urban neighborhood, using buildings, landscape, and collections to provide educational, cultural, and nutritional resources for our neighbors and visitors. The mission of the Wyck Association is to preserve and interpret Wyck, one of America’s most authentic historic sites, to engage learners of all ages, and to strengthen our neighboring community.