The B-Reactor was constructed as part of the top secret Manhattan Project to produce plutonium during World War II. The reactor succeeded in its first nuclear chain reaction in September of 1944, and became the world’s first large-scale plutonium production reactor. Plutonium produced by the B-Reactor was used in the Trinity Test, and in the bomb that was dropped on Nagasaki, Japan at the end World War II. At the height of its operations, more than 30 buildings and 20 service made up the complex, but today all that remain are the reactor building, the main smoke stack, and the river pump house. 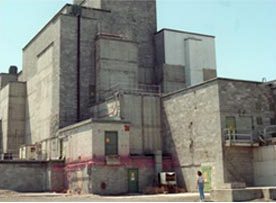 An overview of the whole complex 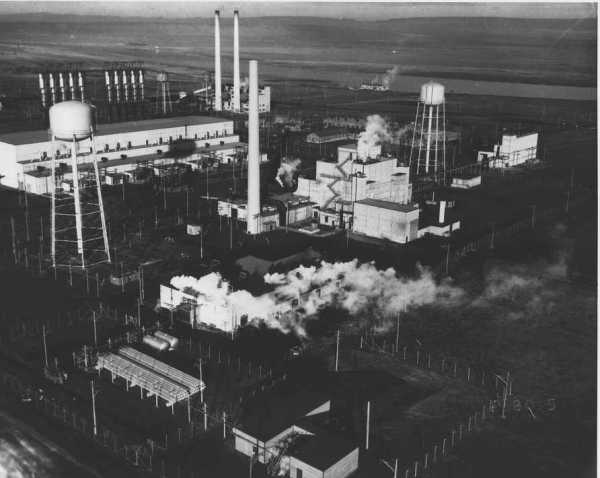 The "valve pit" where the water used for cooling came through. 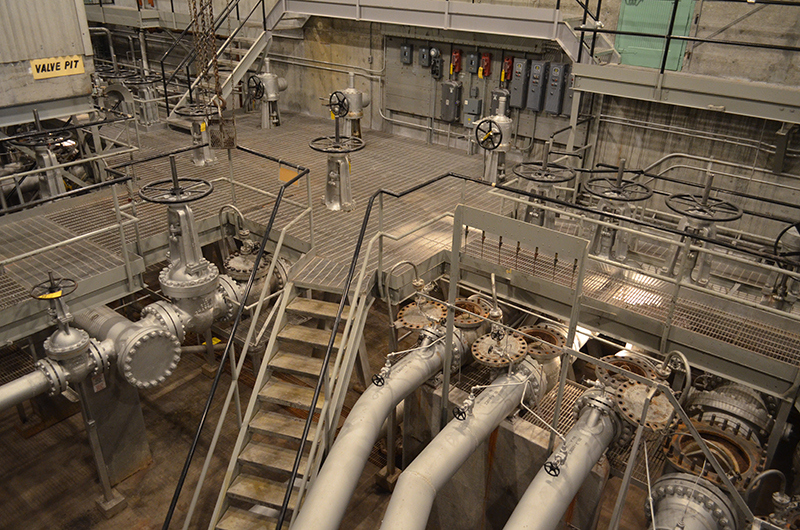 Men working at the reactor 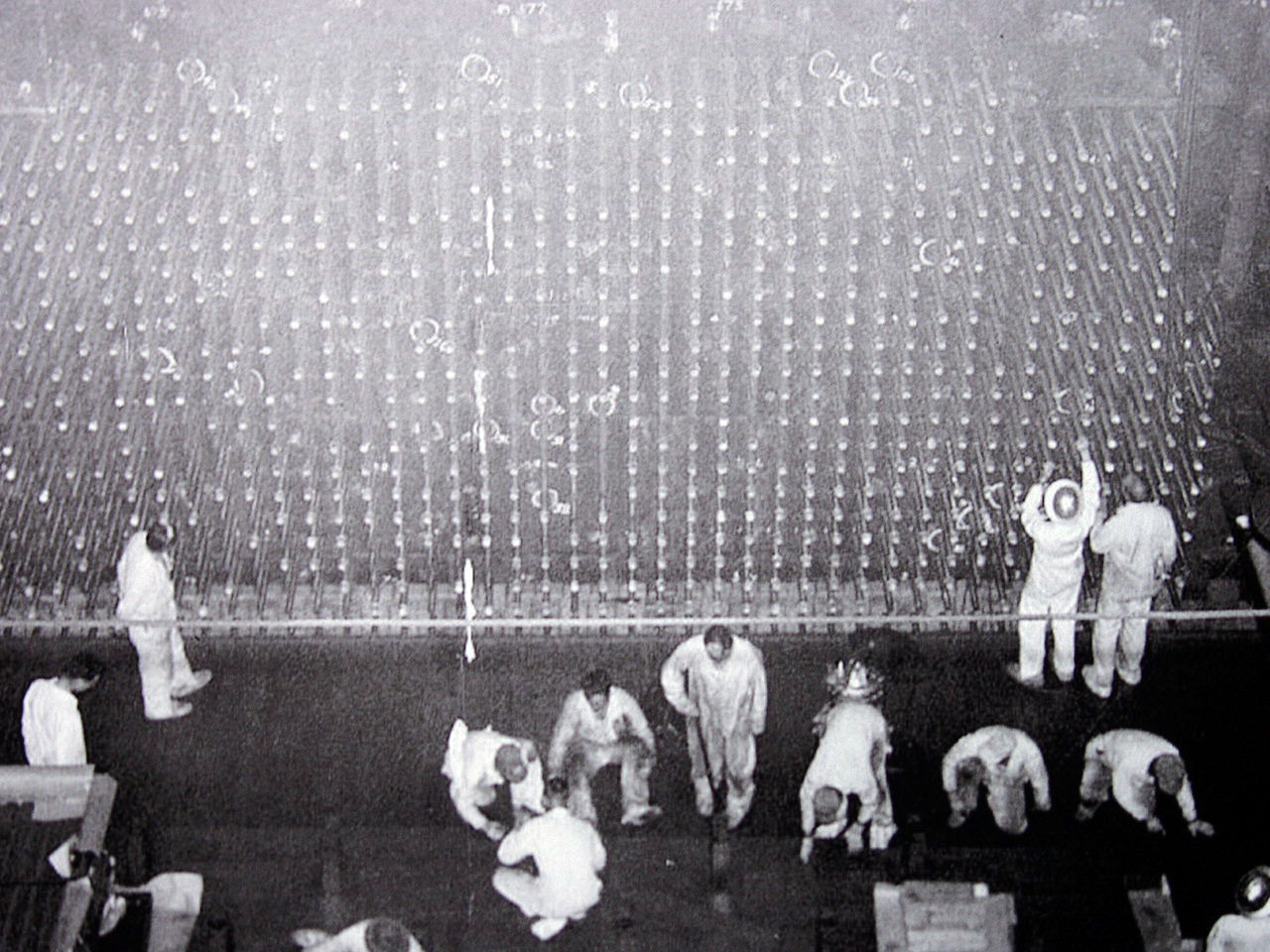 The B-Reactor was one of 3 reactors built about 6 miles apart from each other on the south bank of the Colombia River. Its design was based on experiments by Dr. Enrico Fermi and tests at the X-10 graphite reactor at Oak Ridge, TN. It was comprised of a 28 by 36-foot, 1,200 pound graphite pile that had 2,004 aluminum process tubes running horizontally along its entire length. These tubes contained 200 tons of uranium slugs the size of a role of quarters. Rather than using air as a coolant like the X-10 in Tennessee, water was pumped from the river at a rate of 75,000 gallons a minute and ran through the tubes around the slugs.

Construction of the B-Reactor began in October of 1943 and took only 11 months to complete. Like other reactors such as the Oak Ridge reactor, the need for labor turned the nearby town of Hansford into a sort of atomic boomtown with the population reaching 50,000 by the summer of 1944.

The reactor was initially shut down in 1946, but due to increasing tensions between the United States and the Soviet Union, it was restarted in 1948 to produce plutonium for the Cold War. Under instructions from the Atomic Energy Commission, the B-Reactor was shut down on February 12th, 1968.

Today, what remains of the reactor has been named a National Historic Landmark and as of 2009, it has been opened for public access with nearly 10,000 visitors each year.

Tours of the reactor take place at regularly scheduled dates throughout the year.